Properties of Surfaces and Solids

PROPERTIES OF SURFACES AND SOLIDS

3 Methods For Centre of Gravity of Simple Figures

4 Center of Gravity by Geometrical Considerations

5 Centre of Gravity By Moments

6 Centre Of Gravity Of Solid Bodies

7 Centre of Gravity of Sections with Cut Out Holes

The equivalent force and centroid problem has many guises. In some instances, it is not force that is being integrated, but volume or area. For instance, suppose that we have bar with a triangular cross section that is under tension. If the bar is long (>> 4 times the width), we can assume that the tension is uniform throughout the cross section, mid-length along the member.This is known as a uniform stress distribution 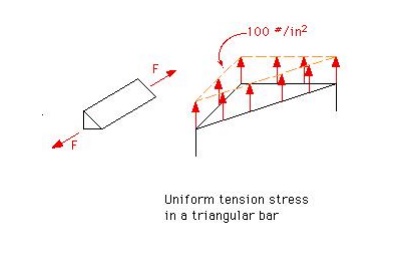 3 Methods For Centre of Gravity of Simple Figures

The center of gravity (or Centroid) may be found out by any one of the following methods I. By geometrical considerations

The center of gravity of plane f igure

1. The center of g of uniform rod is at its middle point

2. The center of gravity of a rect angle is at a point, where its diagonals meet eac h other. It is also a mid point of the length as well a s the breadth of the rectangle as shown in fig 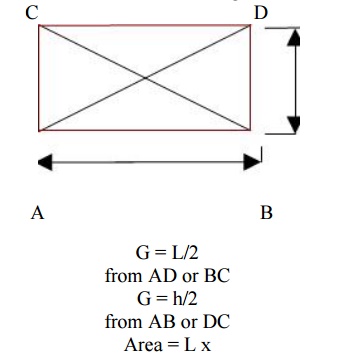 3. The center of gravity of a squa re is a point, where its diagonals meet each oth er. It is a mid point of its side as shown in fig 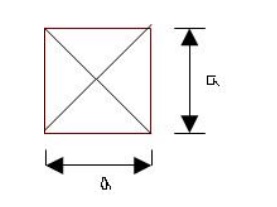 4. The center of gravity of a parallelogram is at a point, where its diagonals meet each other. It is also a mid point of the length as well as the height of the parallelogram as shown in fig 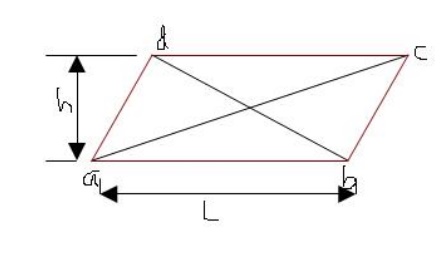 5 Centre of Gravity By Moments 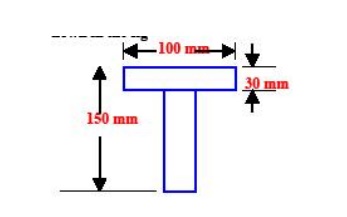 Put in the working formula

6 Centre Of Gravity Of Solid Bodies

The center of gravity of solid bodies (such as hemisphere, cylinder, right circular solid cone etc) is found out in the same way as that of the plane figures. The only difference between the plane and solid bodies is that in the case of solid bodies we calculate volumes instead of areas

Problem 2: solid body formed by joining the base of a right circular cone of height H to the equal base of right circular cylinder of height h. calculate the distance of the center of gravity of the solid from its plane face when H = 120 mm and h = 30 mm 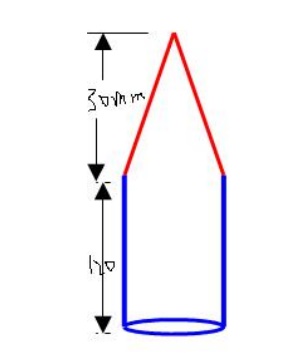 7 Centre of Gravity of Sections with Cut Out Holes

which may be written: Ixx = Icc  + Adc-x2 This says that the moment of inertia about any axis (Ixx) parallel to an axis through the ce ntroid of the object is equal to the moment of i nertia about the axis passing through the centroid (Icc ) plus the product of the area of the object and the distance between the two parallel axis (Adc-x2).We lastly take a moment to define several other concepts related to the Moment of Inertia.

Radius of Gyration: rxx = (Ixx/A )1/2 The radius of gyration is the distance from an axis which, if the entire area of the object were lo cated at that distance, it would result in the same moment of inertia about the axis that the object has.

One final comment - all the su mmations shown above become integrations as we let the dM's and dA's approach zero. And, whi le this is important and useful when calcula ting Centroids and Moments of Inertia, the summ ation method is just as useful for understanding the concepts involved.