The statistical or empirical, attitude towards probability has been developed mainly by R.F.Fisher and R.Von Mises. The notion of sample space comes from R.Von Mises. This notion made it possible to build up a strictly mathematical theory of probability based on measure theory. Such an approach emerged gradually in the last century under the influence of many authors. 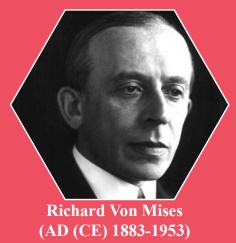 • To understand the basic concepts of probability.

• To understand the classical and empirical approach of probability.

• To familiarise the types of events in probability.

To understand the notion of probability, we look into some real life situations that involve some traits of uncertainty. 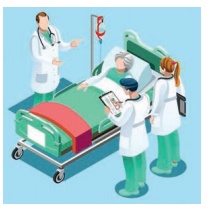 A life-saving drug is administered to a patient admitted in a hospital. The patient’s relatives may like to know the probability with which the drug will work; they will be happy if the doctor tells that out of 100 patients treated with the drug, it worked well with more than 80 patients. This percentage of success is illustrative of the concept of probability; it is based on the frequency of occurrence. It helps one to arrive at a conclusion under uncertain conditions. Probability is thus a way of quantifying or measuring uncertainty. 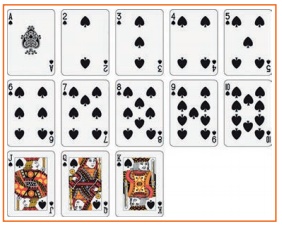 You should be familiar with the usual complete pack of 52 playing cards. It has 4 suits(Hearts ♥, Clubs ♣, Diamonds ♦, Spades♠), each with 13 cards. Choose one of the suits or cards, say spades. Keep these 13 cards facing downwards on the table. Shuffle them well and pick up any one card. What is the chance that it will be a King? Will the chances vary if you do not want a King but an Ace? You will be quick to see that in either case, the chances are 1 in 13 (Why?) . It will be the same whatever single card you choose to pick up. The word ‘Probability’ means precisely the same thing as ‘chances’ and has the same value, but instead of saying 1 in 13 we write it as afraction 1/13. (It would be easy to manipulate with fractions when we combine probabilities). It is ‘the ratio of the favourable cases to the total number of possible cases’.

Have you seen a ‘dice’ ? (Some people use the word ‘die’ for a single ‘dice’; we use ‘dice’ here, both for the singular and plural cases). A standard dice is a cube, with each side having a different number of spots on it, ranging from one to six, rolled and used in gambling and other games involving chance.

In a fair die the sum of the numbers turning on the opposite sides will always be equal to 7.

If you throw a dice, what is the probability of getting a five? a two? a seven?

In all the answers you got for the questions raised above, did you notice anything special about the concept of probability? Could there be a maximum value for probability? or the least value? If you are sure of a certain occurrence what could be its probability? For a better clarity, we will try to formalize the notions in the following paragraphs.