Chapter: Biology: Natural Diversities of Bangladesh-Distribution of Plants and Animals

A. Barendro : The region occupies the north-western region of Bangladeshincluding Chapainowabganj, Rajshahi, Nowgaon, Jaipurhat and part of Dinajpur. The total area of this region is about 9300 square kilometers and situated at about 6 -12 meters (20-40 feet) above sea level. In some area of this region the soil is terraced in steps.

B. Modhupur Gorh : Modhupur Gorh includes Modhupur of Tangail district,Jamalpur, Gazipur, and parts of Dhaka and Narsingdi district. Total area of this land is about 4100-square kilometers and situated at about 15 -30 meters (50 - 100 feet) above the sea level. Long ago there was a continuous Shaalbon of 160 kilometers long from Jamalpur to Dhaka. Now this forest is scattered into pieces. Though Chandra, Rajendrapur or Bhawal is treated as separate forests but they are actually parts of Modhupur forest. Brahmmaputra and Shitalakshma rivers separate the eastern part of this forest from the main uplands. Egaro Sindhur, Shibpur, and Monohardi thana and part of Sonargaon are part of this separated region.

C. Lalmai Hills : Lalmai Hills is situated near Comilla town and is about 14.5kilometers (9 miles) in length and 0.8 -2.4 kilometers (0.5 -1.5 miles) in breadth. This is also a part of Pleistocene uplands. This hill is about 6 -12 meter (20 -40 feet) in height. Its highest pick is more than 46 meters (150 feet). Probably the name 'Moinamoti Shaalbon Bihar' originates because of the presence of Shaal forest here.

Environmental Characteristics : Soil of Pleistocene uplands is unproductive,acidic and reddish or somewhere grayish. Rainfall is insufficient, less than 2000 m.m. in a year. Climate is to some extent extreme, high temperature in summer, dry winter, less humidity in air; these are the characteristics of this region. This climatic condition has contributed in creatingdeciduous forest. In Modhupur region forests develop in elevated land (Chala) and places in between raised lands (Chala) are known as BAID (Low land). In low land Areas paddy Is cultivated. 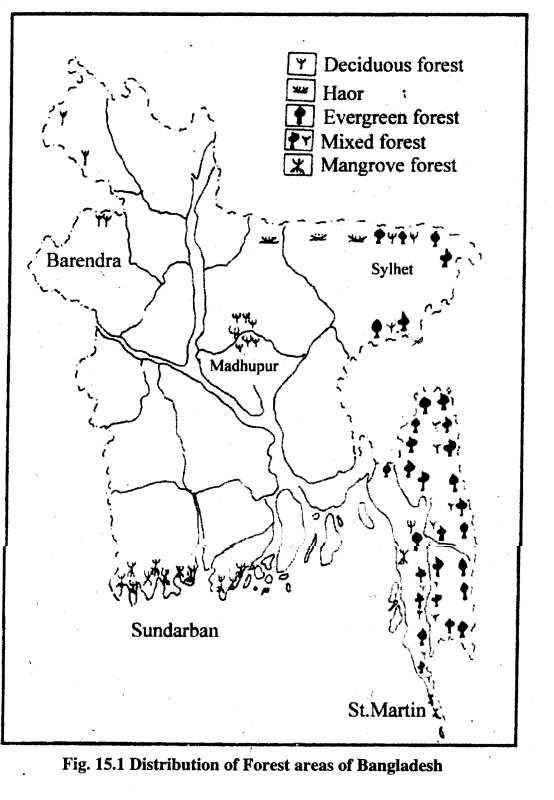 Major Plants : One of the characters of this upland is the presence of Shaalforest. Shaal forest is said to be a deciduous forest. Because in winter all the trees of this forest become leafless. In some places Shaalbon is also known as GAJARI GORH. 97% tree of this forest is Shaal tree (Shorea robusta) from which the name Shaal forest originates. Among other trees, there are wild Chalta, Gachhi Gajari, Koroi, Kumvi, Gamari, Palash, Vela, Bahera, Haritaki etc. Almost all of these are deciduous plants. Many jackfruit trees have been cultivated in Modhupur and Bhawal region. Shaalbon has reduced in large scale in Barendro region. There are still some Shaalbon in Phulpur and Ghoraghat of Dinajpur and Dhamarhat of Nowgaon. The Shaalbon of Dhamarhat is a continuous part of Indian Shaalbon. In Chapainowabganj and Godagari of Rajshahi, Shaalbon is almost nil. Besides a very few Shaal trees, some Pora-Shaal, Koroi, and Sinuri etc. are present here. 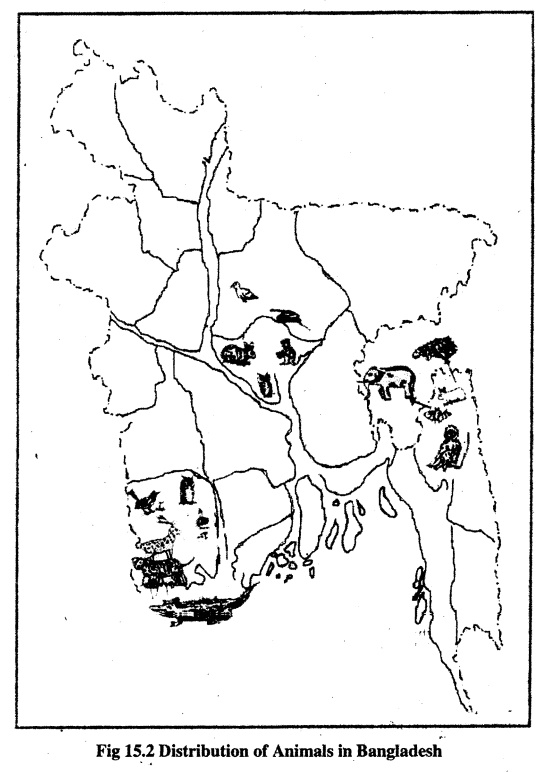