Phospholipids are compound lipids. They are amphipathic molecules, meaning they have a hydrophobic tail and a hydrophilic head group. Phospholipids are major components of the plasma membrane, which serves as a barrier between the cell and its surroundings. In a membrane, phospholipids are arranged in a structure called a lipid bilayer, with their phosphate heads facing the water and their tails pointing towards the interior of the membrane. 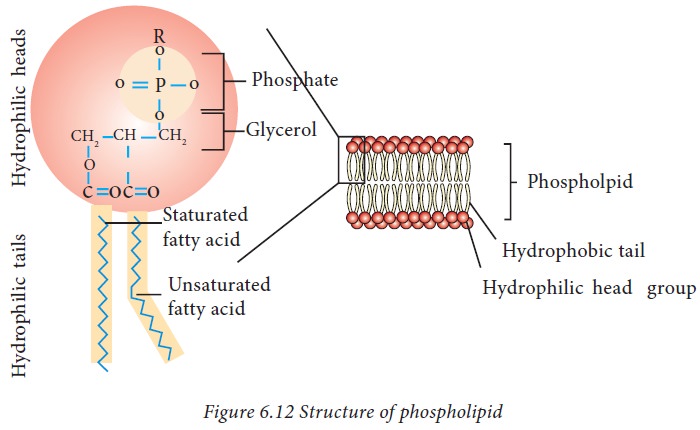 Phospholipids are typically composed of fatty acid chains attached to a backbone of glycerol. Instead of having three fatty acid tails, phospholipids generally have two, and the hydroxyl group attached to the third carbon of the glycerol backbone is esterified by a modified phosphate group.

According to their alcohol content phospholipids are classified into two major types:

In glycerophospholipids the alcohol is glycerol, to which two fatty acids, one phosphate group and an alcohol (inositol), alcohol amine (ethanol amine, serine) or a nitrogenous base (choline) are attached. It is also known as phosphoglyceride.

There are different types of phosphoglycerides based on the attachment to the phosphate group, that confers different properties and role of the different glycerophospholipids.

The important phosphoglycerides are:

·     Phosphatidylcholine (lecithin): Choline as nitrogenous base. 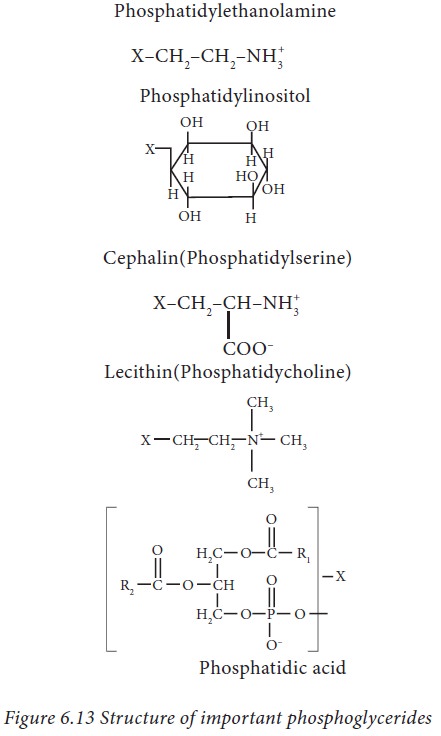 They contain a sphingosine back bone, fatty acid, phosphate and base. They are abundantly present in brain and nerve tissues. These compounds play important role in signal transmission and cell recognition. 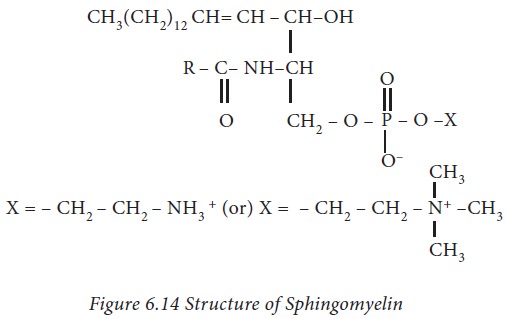 Sphingomyelins have a phosphocholine or phosphoethanolamine molecule with an ester linkage to the 1-hydroxy group of a ceramide. 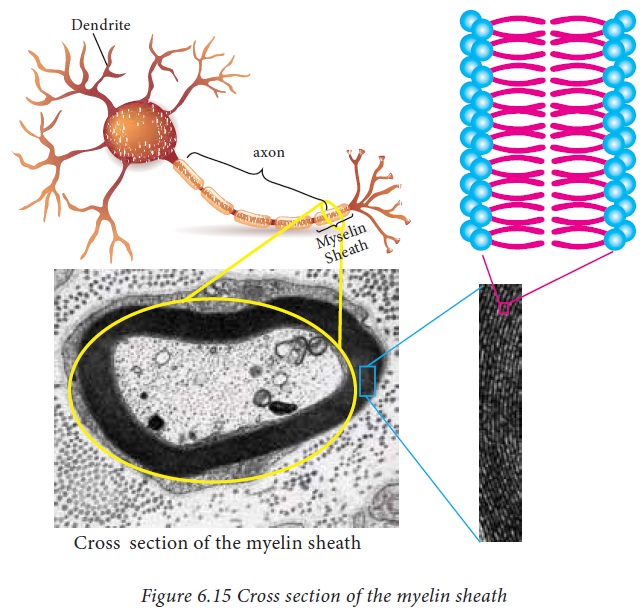