Steroids are derived lipids. They may be recognized by their cyclo pentane perhydro phenatherene ring-tetracyclic skeleton. It consists of three six-membered ring (A,B,C) and one five-membered ring(D), as shown in the diagram.

Sterols, also known as steroid alcohols, are a subgroup of steroids with a hydroxyl group at the 3-position of the A-ring. They are amphipathic lipids as the hydroxyl group on the A ring is polar and the rest of the aliphatic chain is non-polar.

Cholesterol is widely distributed in all cells and is a major component of cell membrane and lipoproteins.

Cholesterol is a C27 compound with molecular formula C27H46O. With a hydroxyl group at C3 and a double bond between C5 and C6. An aliphatic side chain is attached at C17 and 5 methyl groups. 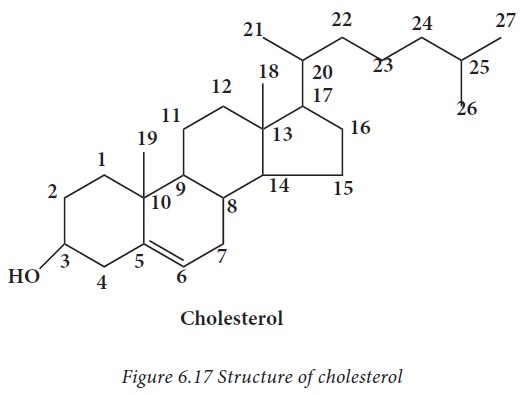 ·     Cholesterol exists as crystals that are white, shiny and rhombic in nature.

·     It is tasteless and odourless

·     It is insoluble in water and soluble in fat solvents

·     It is a poor conductor of heat and electricity and serves as an insulator. In brain, where it is present abundantly acts as an insulator against nerve impulse which are electric in nature. 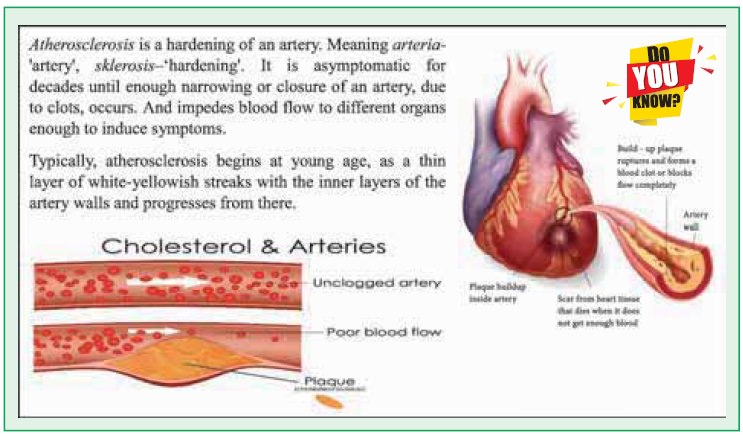 Cholesterol is vital to cell membrane structure, and functions as a precursor to fat-soluble vitamins and steroid hormones

·     It is also a key regulator of membrane fluidity in animals.

·     It forms lipid rafts when it complexes with certain phospholipids, which makes the membranes less fluid and less subject to phase transitions. This also increases the permeability of the cell membrane to hydrogen and sodium ions.

·     It also assists the liver in the manufacture of bile acids, which is essential for digestion and absorption of fat-soluble vitamins such as vitamin A, D, E and K.

·     It helps in maintenance of our body temperature and protects our internal organs.

·     In pharmaceutical industries, cholesterol is used in the manufacture of steroid hormones and vitamin D.

Ergosterol is a sterol found in cell membranes of fungi and protozoa, serving many of the same functions that cholesterol serves in animal cells. Ergosterol is a pro-vitamin form of vitamin D2; exposure to ultraviolet (UV) light causes a chemical reaction that produces vitamin D2. 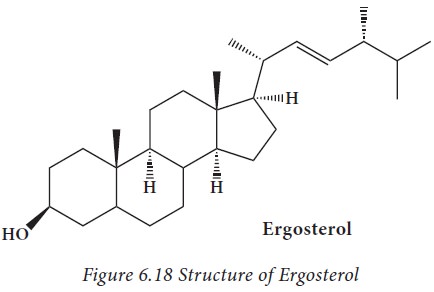 Ergosterol is a biological precursor of vitamin D2 (ergocalciferol). In mushroom cultivation, after harvest, mushrooms are irradiated to increase their Vitamin D content.

Fungi are also grown industrially for extraction of ergosterol and synthesis of Vitamin D.

Stigmasterol also known as Wulzen anti-stiffness factor, is a plant sterol. Stigmasterol is an unsaturated phytosterol occurring in a number of medicinal herbs. Stigmasterol is also found in various vegetables, legumes, nuts, seeds, and unpasteurized milk. 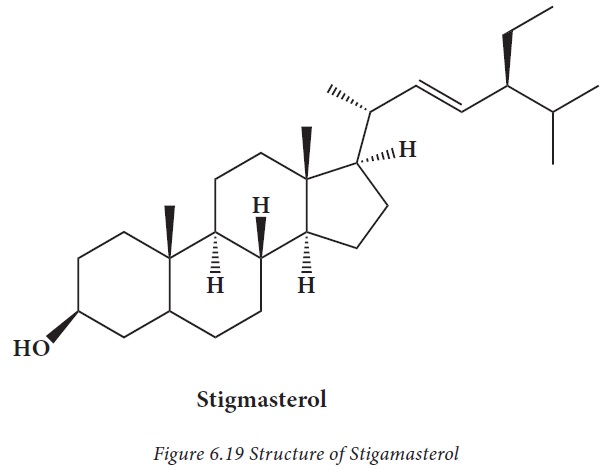 ·     Stigmasterol is used as a precursor in the manufacture of semisynthetic progesterone, a valuable human hormone that plays an important physiological role in the regulatory and tissue rebuilding mechanisms.

·     Acts as an intermediate in the biosynthesis of androgens, estrogens, and corticoids.