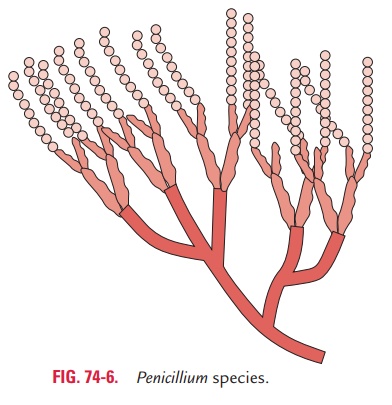 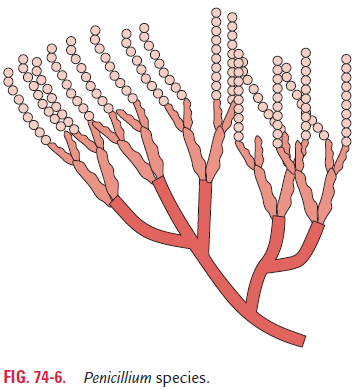 P. marneffei is the only dimorphic fungus in the genus Penicillium. It has been reported as an important opportunistic pathogen in AIDS patients. The fungus causes tuberculosis-like disease in patients with AIDS in Southeast Asian countries like Thailand. Few case reports have also been documented from India.

Capponi and colleagues (1956) first demonstrated P. marneffei in liver of a bamboo rat. A laboratory-acquired case due to accidental inoculation of the skin was documented by Gabriel Segretian. Gabriel Segretian named the organism in honor of Hubert Marneffei. First case of natural human infection was reported by DiSalvo and colleagues (1973) in an American minister with Hodgkin’s disease.

Ability of the yeast forms to proliferate inside macrophages is the virulence characteristic of the fungus. The conidia attach to laminin, a glycoprotein in basement membrane, via sialic acid pathway and initiate the infection.

P. marneffei is widely distributed in the nature. Its naturalhabitat is soil. The fungus infects no mammals other than humans and bamboo rat. Fungus is found in feces of rats and also in burrows made by the rats in the soil. The infection is transmitted by inhalation of conidia, direct inoculation of the skin, and rarely, by ingestion of infected rats. The condition is more common in rainy season, in rural areas.

The fungus is endemic in Southeast Asian countries of Thailand, Vietnam, Laos, Myanmar, Singapore, and Indonesia. There has been recent increase in cases due to onset of AIDS pandemic. In India, 4 cases were reported by Singh and col-leagues (1999) from eastern state of Manipur.

Laboratory diagnosis of the infection is made by micros-copy, culture and serology:

Treatment of the condition is carried out by administration of amphotericin B for 2 weeks followed by oral itraconazole for 10 weeks.