Passive Compensation and its Types

The reactive-power control for a line is often called reactive-power compensation and external devices or subsystems that control reactive power on transmission lines are known as “compensators”.

1.     To increase the power-transmission capacity of the line.

2.     To keep the voltage profile of the line along its length within acceptable bounds to ensure the quality of supply to the connected customers, to minimize the line insulation costs. 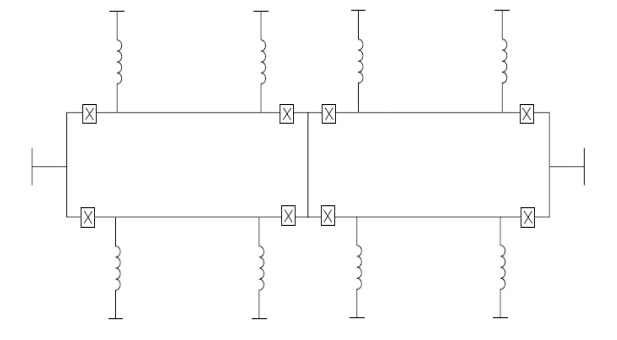 Ø   In a weak system voltage control by means of parallel compensation is applied to increase the power quality and improvement of the voltage profile for different system and load conditions when using a Static Var Compensator (SVC) for fast control of shunt connected capacitors and reactors.

Ø   Shunt compensation can also be employed as a ‘local’ remedy against voltage collapse which can occur when large induction machines are connected to the system.

Ø   After system faults the machines load the power system heavily with high reactive power consumption and the remedy for such fault is strong capacitive power injection for example by using an either SVC or STATCOM or just switched capacitors.

Ø   The reactive current is injected into the line to maintain voltage magnitude and transmittable active power (P) is increased but more reactive power (Q) is to be provided. 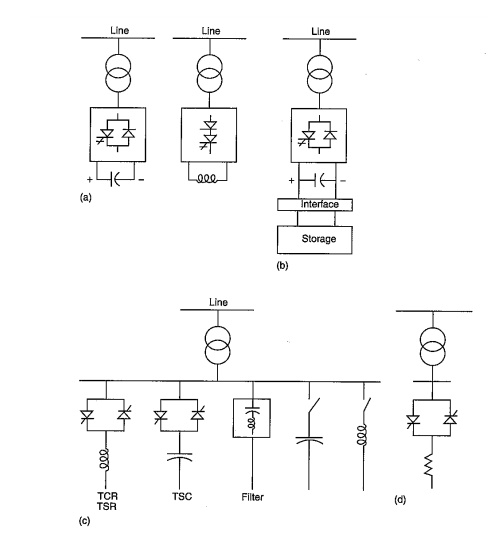 Ø   The Series Compensation is a well established technology that primarily used to transfer reactances most notably in bulk transmission corridors.

Ø   The result is a significant increase in the transmission system transient and voltage stability and Series Compensation is self regulating in the sense that its reactive power output follows the variations intransmission line current that makes the series compensation concept extremely straight forward and cost effective.

Ø   The thyristor controlled series capacitors adds another controllability dimension as thyristor are used to dynamically modulate the ohms provided by the inserted capacitor and this is primarily used to provide inter-area damping of prospective low frequency electromechanical oscillations but it also makes the whole Series Compensation schama immune to Sub Synchronous Resonance (SSR).

Ø   Series compensation is used to improve system stability and to increase the transmission capacity in radial or bulk power long istance AC systems and referring to below the equation and a series capacitor reduces the line impedance X hence the transmmission P will increase.

Ø   This principle can also be applied in meshed systems for balancing the lods on parallel lines and the simplest form of series compensation is the fixed series compensator for reducing the transmission angle thus providing stability enhancement.

Ø   FACTS for series compensation modify line impedance X is decreased so as to increase the transmittable active power (P), however more reactive power (Q) must be provided. 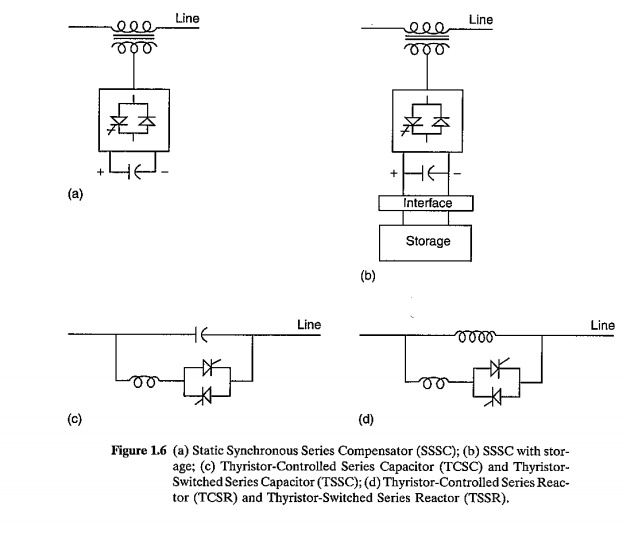