Oxygen as a By-product of Photosynthesis 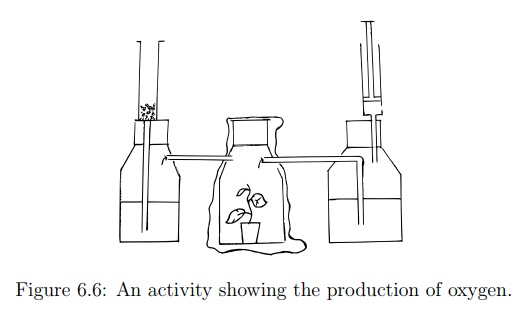 Photosynthesis is the process by which green plants and some other organisms use sunlight to synthesize food from carbon dioxide and water. Photosyn-thesis produces oxygen.

Oxygen as a By-product of Photosynthesis

Photosynthesis is the process by which green plants and some other organisms use sunlight to synthesize food from carbon dioxide and water. Photosyn-thesis produces oxygen. This helps to replace the oxygen that is used during burning, respiration, rusting and other processes.

To demonstrate that oxygen is a by-product of photosynthesis.

Sodium hydroxide is corrosive to skin and wood and even when dilute can blind if it gets into the eyes. Neutralise spills with a weak acid. 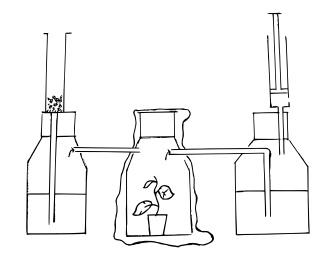 Figure 6.6: An activity showing the production of oxygen.

1.           Take two bottles and make a hole in one side of each bottle and connect them using a straw. Make sure there is an airtight seal by sealing leaks with superglue or cellotape.

5.           Tie or bend the connecting straw to prevent movement of air between the two bottles.

7.           In a separate beaker, combine acid and sodium hydrogen carbonate in order to form carbon dioxide gas. Slowly pour the gas (not the liquid) into bottle A. Repeat this until a glowing splint is extinguished in the mouth of test tube A. The aim of this is to ll the bottle with carbon dioxide, thus ensuring that any oxygen found later was produced by the plant.

10.      Shake bottle B so that any carbon dioxide gas is absorbed by the sodium hydroxide crystals.

When a glowing splint is inserted into bottle B, it relights. This shows the presence of oxygen gas from the potted plant in bottle A.

Collect all the used materials, cleaning and storing items that will be used later. No special waste disposal is required.

There should be enough CO2 in Bottle A and no loss of air between the two bottles during this experiment.