There are many other Gram-negative rods that rarely cause disease in humans.

There are many other Gram-negative rods that rarely cause disease in humans. Some are members of the normal flora and others come from the environment. Because many of these do not ferment carbohydrates or react in many of the tests routinely used to characterize bacteria, their identification is frequently delayed as additional tests are tried or the organism is sent to a reference laboratory. The clinical signifi-cance of all these organisms is essentially the same; the clinician usually receives a re-port of a “nonfermenter” or another descriptive term and a susceptibility test result. The significance of the isolate is then determined on clinical grounds. The major char-acteristics of some of these organisms are shown in Table 23 – 1. The types of infection listed represent the most common among scattered case reports, and should not be in-terpreted as typical for each organism. 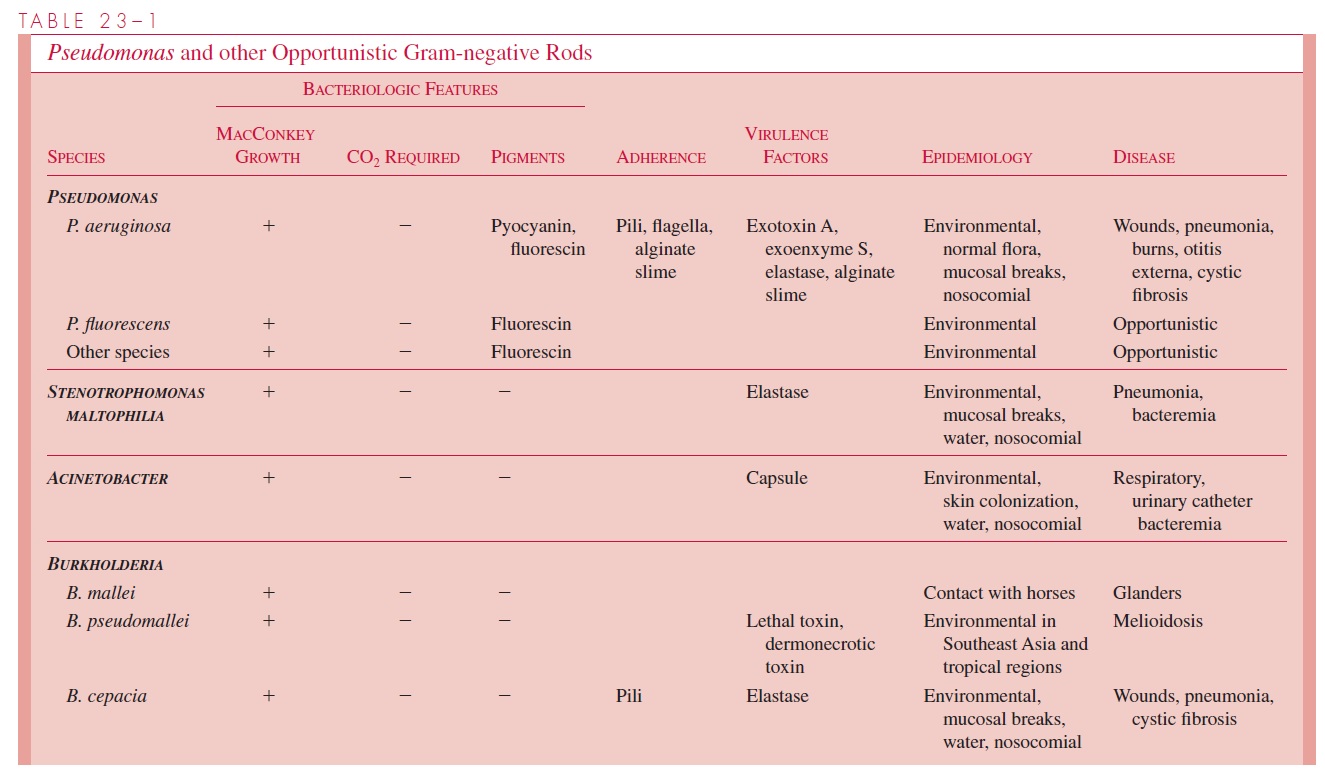 Some Gram-negative bacilli fail to conform to any of the species currently recog-nized. If clinically important, such strains are sent to reference centers, such as the Cen-ters for Disease Control and Prevention (CDC) in Atlanta, Georgia. Eventually, some are given designations such as “CDC group IIF,” which may appear in clinical reports. Much later, a new genus and/or species name may be issued if agreement among taxonomists is sufficient.