Chapter: Introduction to Botany: Multicellularity, the Cell Cycle and the Life Cycle

Mitosis and the Cell Cycle

Mitosis is a process of equal cell division, where each of the new cells receivesthe same number of chromosomes as the original cell.

Mitosis and the Cell Cycle

Mitosis is a process of equal cell division, where each of the new cells receivesthe same number of chromosomes as the original cell. Mitosis does not change the cells’ genotype. The goal of mitosis is to distribute pre-combined genetic material equally. Actually, mitosis is a kind of karyokinesis, or splitting of the nucleus, as opposed to cytokinesis, which is the splitting of the whole cell. Karyokinesis and cytokinesis are parts of the cell cycle (Fig. 4.3). 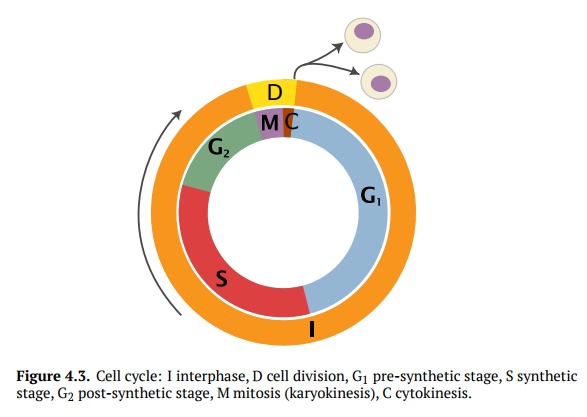 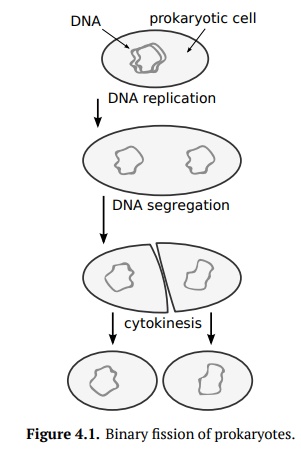 Eukaryotes have much more DNA than prokaryotes. This is why their cell divi-sion is more complicated. There are four stages: prophase, metaphase, anaphase, and telophase. Prophase is the longest, nucleus disintegrates (except some pro-tists like fungi) and the DNA is super-spiralized into chromosomes (“archived”). In metaphase, the chromosomes go to the cell equator, and every “double”, “X-like” chromosome is then split in two halves which schematically can be shown as

In anaphase, microtubules move these I-like chromosomes to different poles of the cell. In telophase, the endoplasmic reticulum will form nuclear envelopes and DNA despiralizes (Fig. 4.2). 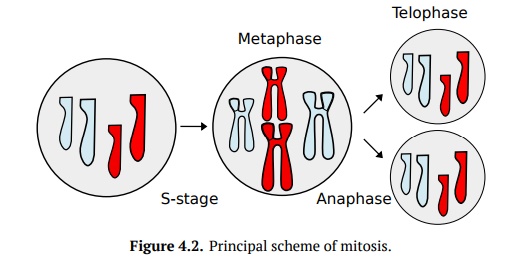 When mitosis is over, cell starts to divide (cytokinesis). Plant2 cells use vesicles to form the border whereas many protists and animals form a constriction which finally separates two cells. Normally, chloroplasts and mitochodria are equally distributed between daughter cells along with the other cell content. Chloro-plasts and mitochondria may also independently divide in “bacterial” (binary fission)

To simplify understanding of these numerous stages, one could use the following scheme. Cell cycle here has three main phases, and mitosis has four  subphases: