Memory unit is an essential component in any digital computer as it is needed for storing programs and data.

•               Memory unit is an essential component in any digital computer as it is needed for storing programs and data.

Main memory can be classified as

--            RAM is working memory. Data can be read or written in RAM with the help of address location and when the data is no longer needed we can use the storage location for writing again.

--            Contents of volatile memory are vanished when power supply is switched off.

-- It is useful to have instructions that are used often , permanently stored inside the computer. Programs and data on the ROM are not lost if the computer is powered down

There are three key characteristics of memory:

The relationship between them is as follows:

The overall goal of using a memory hierarchy is to obtain the highest possible average access speed while minimizing total cost of entire memory system. 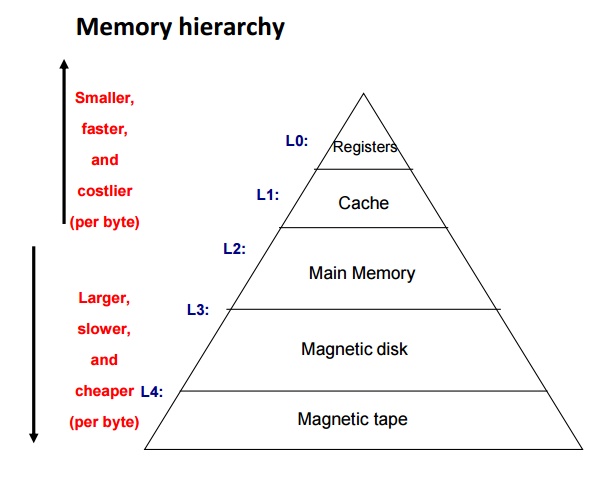