Chapter: Essentials of Anatomy and Physiology: Tissues and Membranes

Membranes are sheets of tissue that cover or line sur-faces or that separate organs or parts (lobes) of organs from one another.

Membranes are sheets of tissue that cover or line sur-faces or that separate organs or parts (lobes) of organs from one another. Many membranes produce secre tions that have specific functions. The two major cat-egories of membranes are epithelial membranes and connective tissue membranes.

There are two types of epithelial membranes, serous and mucous. Each type is found in specific locations within the body and secretes a fluid. These fluids are called serous fluid and mucus.

Serous membranes are sheets of simple squamous epithelium that line some closed body cavities and cover the organs in these cavities (Fig. 4–8). The pleural membranes are the serous membranes of the thoracic cavity. The parietal pleura lines the chest wall and the visceral pleura covers the lungs. (Notice that line means “on the inside” and cover means “on the outside.” These terms cannot be used interchangeably, because each indicates a different location.) The pleu-ral membranes secrete serous fluid, which prevents friction between them as the lungs expand and recoil during breathing. 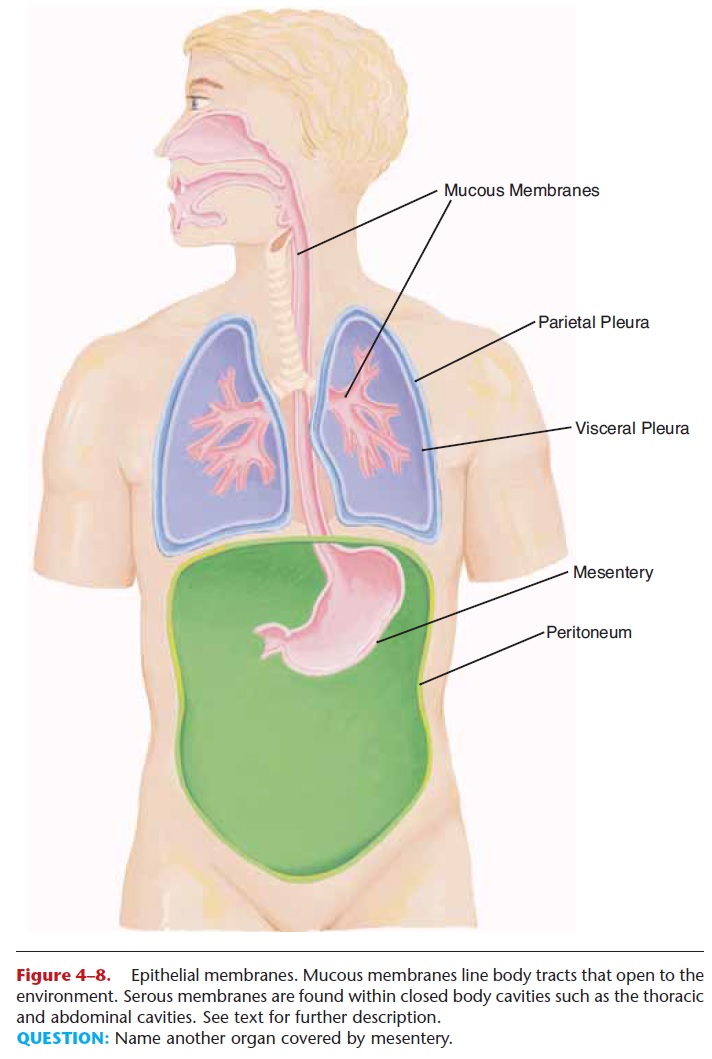 Figure 4–8. Epithelial membranes. Mucous membranes line body tracts that open to the environment. Serous membranes are found within closed body cavities such as the thoracic and abdominal cavities. See text for further description.

The heart, in the thoracic cavity between the lungs, has its own set of serous membranes. The parietal pericardium lines the fibrous pericardium (a connec-tive tissue membrane), and the visceral pericardium, or epicardium, is on the surface of the heart muscle (see also Fig. 12–1). Serous fluid is produced to pre-vent friction as the heart beats. 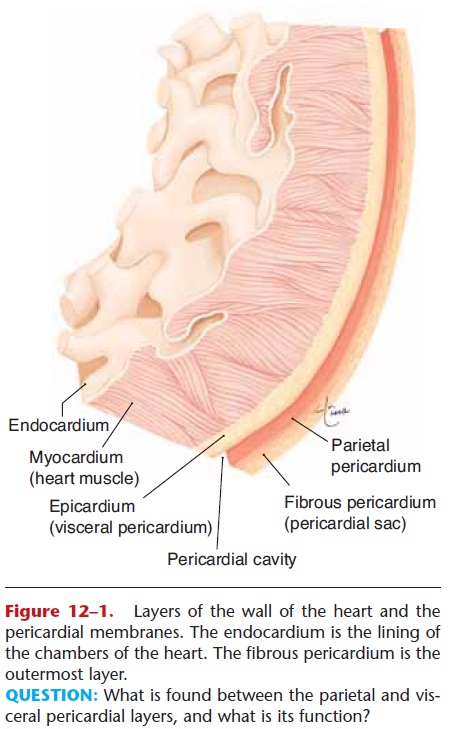 In the abdominal cavity, the peritoneum is the serous membrane that lines the cavity. The mesen-tery, or visceral peritoneum, is folded over and covers the abdominal organs. Here, the serous fluid prevents friction as the stomach and intestines contract and slide against other organs (see also Fig. 16–4). 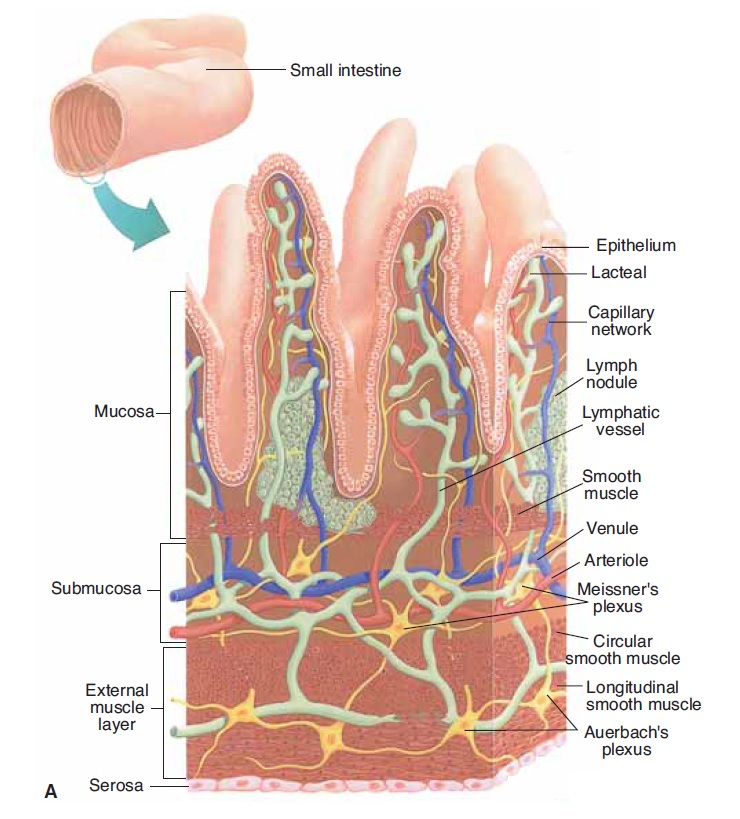 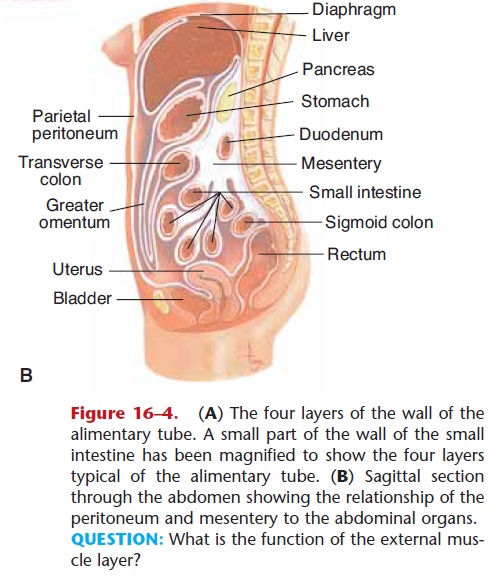 The mucus secreted by these membranes keeps the lining epithelial cells wet. Remember that these are living cells, and if they dry out, they will die. In the digestive tract, mucus also lubricates the surface to permit the smooth passage of food. In the respiratory tract the mucus traps dust and bacteria, which are then swept to the pharynx by ciliated epithelium

Many membranes are made of connective tissue. Because these will be covered with the organ systems of which they are a part, their locations and functions are summarized in Table 4–5. 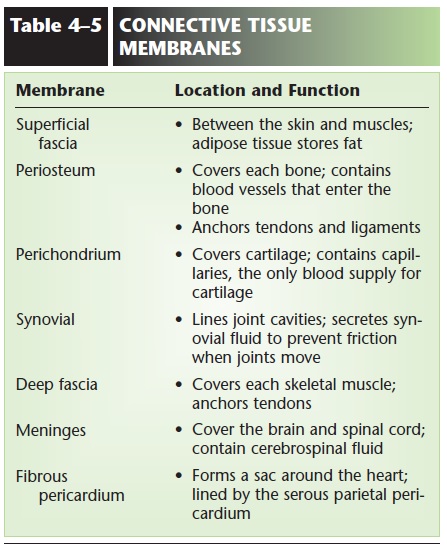