The Meerut Conspiracy Case of 1929, was, perhaps, the most famous of all the communist conspiracy cases instituted by the British Government.

The Meerut Conspiracy Case of 1929, was, perhaps, the most famous of all the communist conspiracy cases instituted by the British Government. The late 1920s witnessed a number of labour upsurges and this period of unrest extended into the decade of the Great Depression (1929–1939). Trade unionism spread over to many urban centres and organised labour strikes. The communists played a prominent role in organising the working class throughout this period. The Kharagpur Railway workshop strikes in February and September 1927, the Liluah Rail workshop strike between January and July 1928, the Calcutta scavengers’ strike in 1928, the several strikes in the jute mills in Bengal during July-August 1929, the strike at the Golden Rock workshop of the South Indian Railway, Tiruchirappalli, in July 1928, the textile workers’ strike in Bombay in April 1928 are some of the strikes that deserve mention.

Alarmed by this wave of strikes and the spread of communist activities, the British Government brought two draconian Acts - the Trade Disputes Act, 1928 and the Public Safety Bill, 1928. These Acts armed the government with powers to curtail civil liberties in general and suppress the trade union activities in particular. The government was worried about the strong communist influence among the workers and peasants.

Determined to wipe out the radical movement, the government resorted to several repressive measures. They arrested 32 leading activists of the Communist Party, from different parts of British India like Bombay, Calcutta, Punjab, Poona and United Provinces. Most of them were trade union activists though not all of them were members of the Communist Party of India. At least eight of them belonged to the Indian National Congress. The arrested also included three British communists-Philip Spratt, Ban Bradley and Lester Hutchinson – who had been sent by the Communist Party of Great Britain to help build the party in India. Like those arrested in the Kanpur Conspiracy Case they were charged under Section 121A of the Indian Penal Code. All the 32 leaders arrested were brought to Meerut (in United Province then) and jailed. A good deal of documents that the colonial administration described as ‘subversive material,’ like books, letters, and pamphlets were seized and produced as evidence against the accused.

The British government conceived of conducting the trial in Meerut (and not, for instance in Bombay from where a large chunk of the accused hailed) so that they could get away with the obligations of a jury trial. They feared a jury trial could create sympathy for the accused.

Meanwhile, a National Meerut Prisoners’ Defence Committee was formed to coordinate defence in the case. Famous Indian lawyers like K.F. Nariman and M.C. Chagla appeared in the court on behalf of the accused. Even national leaders like Gandhi and Jawaharlal Nehru visited the accused in jail. All these show the importance of the case in the history of our freedom struggle. 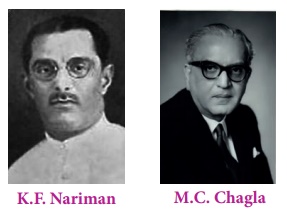 The Sessions Court in Meerut awarded stringent sentences on 16 January 1933, four years after the arrests in 1929. 27 were convicted and sentenced to various duration of transportation. During the trial, the Communists made use of their defence as a platform for propaganda by making political statements. These were reported widely in the newspapers and thus lakhs of people came to know about the communist ideology and the communist activities in India. There were agitations against the conviction. That three British nationals were also accused in the case, the case became known internationally too. Most importantly, even Romain Rolland and Albert Einstein raised their voice in support of the convicted.

Under the national and international pressure, on appeal, the sentences were considerably reduced in July 1933.