Industrial Development in Tamilnadu during the Depression

The British trade policy took a heavy toll on the indigenous industry. Industrialization of India was not part of British policy. Like other colonies, India was treated as a raw material procurement area and a market for their finished goods.

Despite this, industrial expansion took place in India, because of certain unforeseen circumstances, first during the course of the First World War and then during the Great Depression. 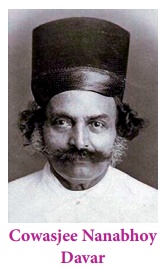 The first Indian to start a cotton mill was Cowasjee Nanabhoy Davar (1815–73), a Parsi, in Bombay in 1854. This was known as the Bombay Spinning and Weaving Company. The city’s leading traders, mostly Parsis, contributed to this endeavour. The American Civil War (1861–65) was a boon to the cotton farmers. But after the Civil War when Britain continued to import cotton from America, Indian cotton cultivators came to grief. But Europeans started textile mills in India, taking advantage of the cheapness of cotton available. Ahmedabad textiles mills were established by Indian entrepreneurs and both Ahmedabad and Bombay became prominent centres of cotton mills. By 1914, there were 129 spinning, weaving and other cotton mills within Bombay presidency. Between 1875–76 and 1913-14, the number of cotton textile mills in India increased from 47 to 271. 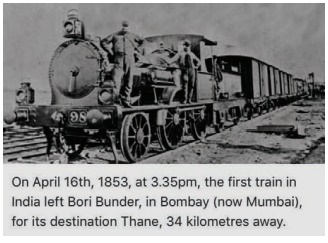 An important landmark in the establishment of industries in India was the expansion of the railways system in India. The first passenger train ran in 1853, connecting Bombay with Thane. By the first decade of the twentieth century, railways was the biggest engineering industry in India. This British-managed industry, run by railway companies, employed 98,723 persons in 1911. The advent of railways and other means of transport and communication facilities helped the development of various industries.

Jute was yet another industry that picked up in India in the late nineteenth and early twentieth century. The first jute mill in Calcutta was founded in 1855. The growth of jute industry was so rapid and by 1914, there were 64 mills in Calcutta Presidency. However, unlike the Bombay textile industry, these mills were owned by Europeans. Though the industrial development in the nineteenth century was mainly confined to very limited sectors like cotton, jute, etc., efforts were made to diversify the sectors. For example, the Bengal Coal Company was set up in 1843 in Raiganj by Dwarakanath Tagore (1794–1847), grandfather of Rabindranath Tagore. The coal industry picked up after 1892 and its growth peaked during First World War years. 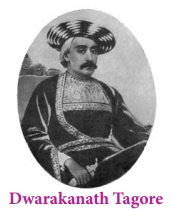 It was in the early twentieth century, industries in India began to diversify. The first major steel industry – Tata Iron and Steel Company (TISCO) – was set up by the Tatas in 1907 as a part of swadeshi effort in Sakchi, Bihar. Prior to this, a group of Europeans had attempted in 1875 to found the Bengal Iron Company. Following this, the Bengal Iron and Steel Company was set up in 1889. However, TISCO made a huge headway than the other endeavourers in this sector. Its production increased from 31,000 tons in 1912–13 to 1,81,000 tons in 1917–18. 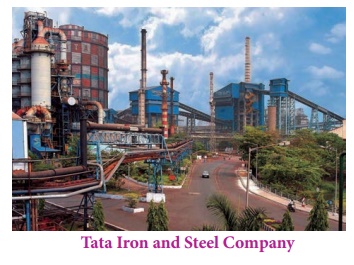 The First World War gave a landmark break to the industrialisation of the country. For the first time, Britain’s strategic position in the East was challenged by Japan. The traditional trade routes were vulnerable to attack. To meet the requirements, development of industries in India became necessary. Hence, Britain loosened its grip and granted some concessions to the Indian capitalists. Comparative relaxation of control by the British government and the expansion of domestic market due to the War, facilitated the process of industrialisation. For the first time, an industrial commission was appointed in 1916. During the war-period, the cotton and jute industries showed much growth. Steel industry was yet another sector marked by substantial growth. 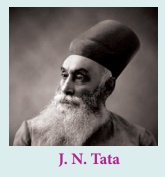 Jamsetji Nusserwanji Tata, popularly known as J. N. Tata (1839– 1904), came from a Parsi (Zoroastrian) business family in Navsari, Baroda. The first successful Indian entrepreneur, he is called the father of the Indian modern industry. In order to help his father’s business, he travelled all over the world and this exposure helped him in his future endeavours. His trading company, established in 1868, evolved into the Tata Group. A nationalist, he called one of the mills established in Kurla, Bombay “Swadeshi”. His children Dorabji Tata and Ratanji Tata followed his dream and it was Dorabji Tata who finally realised the long term dream of his father to establish an iron and steel company in 1907. His enthusiasm was such that he spent two years in US to learn from the American Iron Industrialists. His yet another dream to set up a hydroelectric company did not materialize during his life time. However, the first major Hydroelectric project – Tata Hydroelectric Company–was set up in 1910. With great foresight the Tatas founded the Indian Institute of Science, Bangalore.

Following this, Itaghur Paper Mill and Bengal Paper Mill, both owned by Europeans, were established. Cement manufacturing began in 1904 in Madras with the establishment of South Indian Industries Ltd. Tanning industry began in the late nineteenth century and a government leather factory was set up in 1860 in Kanpur. The first Indian-owned National Tannery was established in 1905 in Calcutta. The gold mining in Kolar also started in the late nineteenth century in the Kolar mining field, Mysore.

The inter-war period registered growth in manufacturing industries. Interestingly the growth rate was far better than Britain and even better than the world average. After a short slug in 1923–24, the output of textile industry began to pick up. During the interwar period, the number of looms and spindles increased considerably.

In 1929–30, 44 per cent of the total amount of cotton piece goods consumed in India came from outside, but by 1933–34, after the Great Depression, the proportion had fallen to 20.5 percent. Other two industries which registered impressive growth were sugar and cement. The Interwar years saw a growth in the shipping industry too. The Scindia Steam Navigation Company Limited (1919) was the pioneer. In 1939, they even took over the Bombay Steam Navigation Company Ltd., a British concern. Eight Indian concerns were operational in this sector. A new phase of production began with the Second World War, which led to the extension of manufacturing industries to machineries, aircrafts, locomotives, and so on

Industrial Development in Tamilnadu during the Depression

The industrial growth in the Madras Presidency was substantial. In Coimbatore, after Stanes Mill (Coimbatore Spinning and Weaving Mills) was established in 1896, no other mill could come up. The objective conditions created by the Depression like fall in prices of land, cheapness of labour and low interest rates led to the expansion of textile industry in Coimbatore. Twenty nine mills and ginning factories were floated in the Coimbatore area during 1929-37. A cement factory started at Madukkarai in Coimbatore district in 1932 gave fillip to the cement industry in the state. The number of sugar factories in the province rose from two to eleven between 1931 and 1936. There were also proliferation of rice mills, oil mills and cinema enterprise during this period. 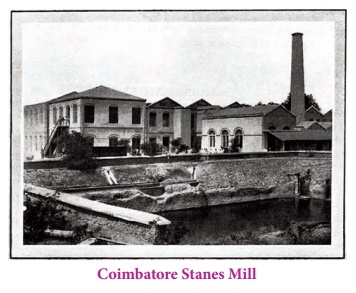