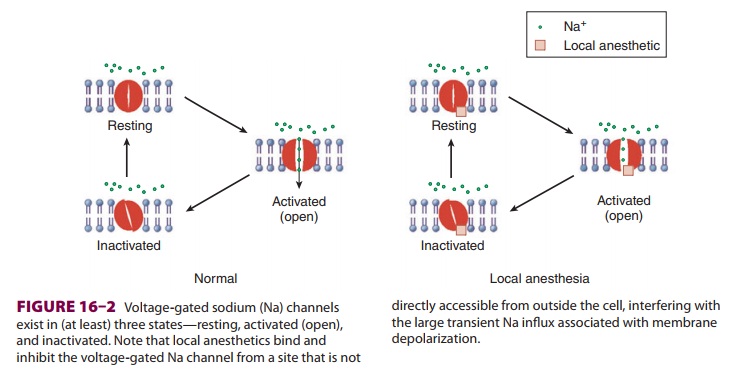 Neurons (and all other living cells) maintain a resting membrane potential of −60 to −70 mV by active transport and passive diffusion of ions.

Local and regional anesthesia and analgesia techniques depend on a group of drugs—local anesthetics—that transiently inhibit sensory, motor, or autonomic nerve function, or a combination of these functions, when the drugs are injected or applied near neural tissue.

Neurons (and all other living cells) maintain a rest-ing membrane potential of −60 to −70 mV by active transport and passive diffusion of ions. The electro-genic, energy consuming sodium–potassium pump (Na+-K+-ATPase) couples the transport of three sodium (Na) ions out of the cell for every two potas-sium (K) ions it moves into the cell. This creates an ionic disequilibrium (concentration gradient) that favors the movement of K ions from an intracellular to an extracellular location, and the movement of Na ions in the opposite direction. The cell membrane is normally much more “leaky” to K ions than to Na ions, so a relative excess of negatively charged ions (anions) accumulates intracellularly. This accounts for the negative resting potential difference (–70 mV polarization).

Unlike most other types of tissue, excitable cells (eg, neurons or cardiac myocytes) have the capabil-ity of generating action potentials. Membrane-bound, voltage-gated Na channels in peripheral nerve axons can produce and transmit membrane depolarizations following chemical, mechanical, or electrical stimuli. When a stimulus is sufficient to depolarize a patch of membrane, the signal can be transmitted as a wave of depolarization along the nerve membrane (an impulse). Activation of volt-age-gated Na channels causes a very brief (roughly 1 msec) change in the conformation of the channel, allowing an influx of Na ions and generating an action potential ( Figure 16–1). The increase in Na permeability causes temporary depolarization of the membrane potential to +35 mV. The Na current is brief and is terminated by inactivation of voltage-gated Na channels, which do not conduct Na ions. Subsequently the membrane returns to its resting potential. Baseline concentration gradients are maintained by the sodium–potassium pump, and only a minuscule number of Na ions pass into the cell during an action potential.Na channels are membrane-bound proteinsthat are composed of one large α subunit, through which Na ions pass, and one or two smaller subunits. Voltage-gated Na channels exist in (at least) three states—resting (nonconducting), open 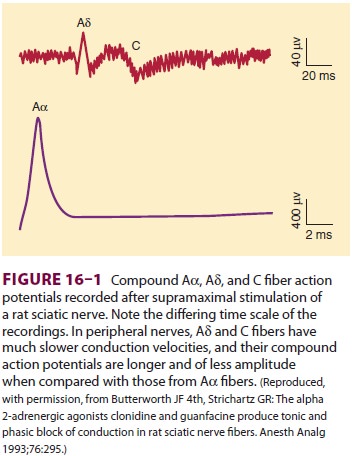 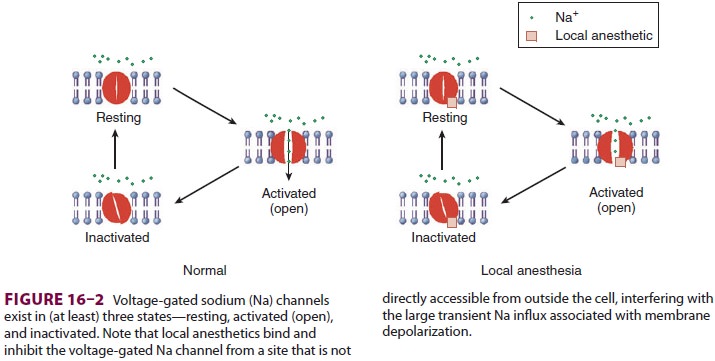 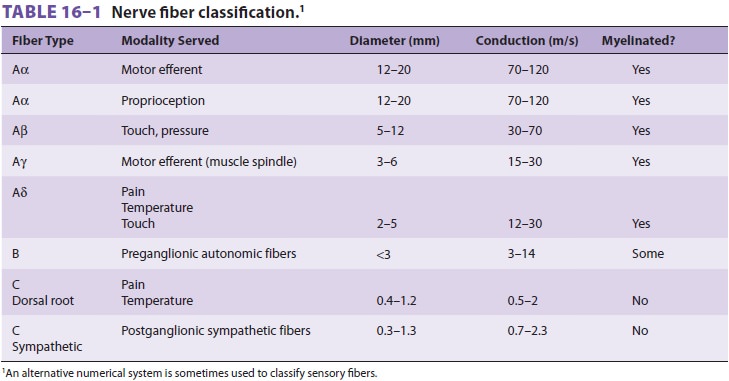 vanilloid 1 (TRPV1), and many other channels and receptors. Conversely, other classes of drugs, most notably tricyclic antidepressants (amitriptyline), meperidine, volatile anesthetics, Ca channel block-ers, and ketamine, also may inhibit Na channels. Tetrodotoxin is a poison that specifically binds Na channels but at a site on the exterior of the plasma membrane. Human studies are under way with similar toxins to determine whether they might provide effective, prolonged analgesia after local infiltration.