A magnetic compass is a device consisting principally of a circular compass card, usually graduated in degrees, and a magnetic needle, mounted and free to rotate on a pivot located at the center of the card.

Most fieldwork done by an Engineering Aid (especially at the third- and second-class levels) is likely to consist of field measurements and/or computations that involve plane surveying of ordinary precision. This section describes the basic instruments, tools, and other equipment used for this type of surveying. Other instruments used for more precise surveys will also be described briefly. Surveying instruments come in various forms, yet their basic functions are similar; that is, they are all used for measuring unknown angles and distances and/or for laying off known angles and distances.

A magnetic compass is a device consisting principally of a circular compass card, usually graduated in degrees, and a magnetic needle, mounted and free to rotate on a pivot located at the center of the card. The needle, when free from any local attraction (caused by metal), lines itself up with the local magnetic meridian as a result of the attraction of the earth'smagnetic North Pole. 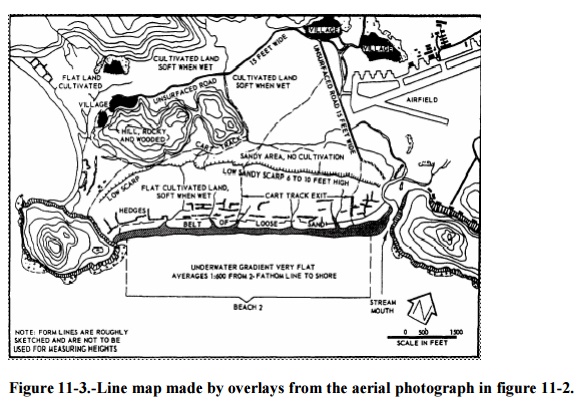 Figure 11-3.-Line map made by overlays from the aerial photograph in figure 11-2.

The magnetic compass is the most commonly used and simplest instrument for measuring directions and angles in the field. This instrument has a variety of both civilian and military applications. The LENSATIC COMPASS (available in your Table of Allowance) is most commonly used for SEABEE compass courses, for map orientation, and for angle direction during mortar and field artillery fires.

In addition to this type of compass, there are several others used exclusively for field surveys. The ENGINEER'STRANSIT COMPASS, located between the standards on the upper plate, is graduated from 0 o through 360 o for measuring azimuths, and in quadrants of 90 o for measuring bearings (fig. 11-4). Notice in figure 11-4 that the east and west markings are reversed. This permits direct reading of the magnetic direction.

The compass shown in figure 11-5 is commonly called the BRUNTON POCKET TRANSIT. This instrument is a combination compass and clinometer. It can be mounted on a light tripod or staff, or it may be cradled in the palm of the hand.

Other types of compasses can also be found in some surveying instruments, such as the theodolite and plane table. 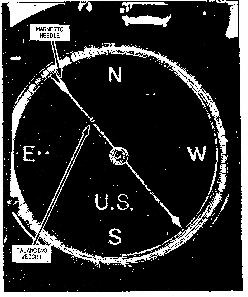