Luminous intensity is an expression of the amount of light power emanating from a point source within a solid angle of one steradian.

The lumen (symbolized lm) is the International Unit of luminous flux. It is defined in terms of candela steradians (cd multiplied by sr). One lumen is the amount of light emitted in a solid angle of 1 sr, from a source that radiates to an equal extent in all directions, and whose intensity is 1 cd.

Luminous intensity is an expression of the amount of light power emanating from a point source within a solid angle of one steradian.

The original standard of light was Wax Candle, which is highly unreliable. It was replaced by a Vaporized Pentane Lamp. This is equal to10 original Candles. In the year 1909, Incandescent Lamp was taken as standard by comparison with a Pentane Lamp. Thing to be kept in mind is Primary Standard should be reproducible.It was in1948, Luminous Intensity; based on Luminance (objective brightness) of a small aperture due to Light from a Radiator maintained at1773°c i.e. Solidification temperature of platinum was adopted as Standard. It consists of:

2.       Supported Vertically Pure Platinum in a Fused thoria crucible with a small aperture of 1.5mm in a large refractory container.

Common unit of light intensity is candela. It is Luminous intensity in the Perpendicular direction of a surface, 1 / 600,000 of a black body at temperature of solidification or Freezing of Platinum under Standard Atmospheric pressure. It is abbreviated as Cd. It is indicative of Light Radiating Capacity of a source of Lamp.

Consider a transparent  sphere of radius  1m shown in Fig.  If  we place a 1 Cd source at  the centre then light flux coming out through an area of 1m2 over 1 steradian solid angle will be 1 lumen.

If the Solid Angle be dω and Luminous Intensity I Cd at the center then Luminous flux in dω =dφ = I dω lm.

Now we define Luminous intensity on a surface. It is known as Illuminance. It is Luminous Flux per unit area or lumens per sq m. = lumen / m2 = lm / m2 = lux (lx). 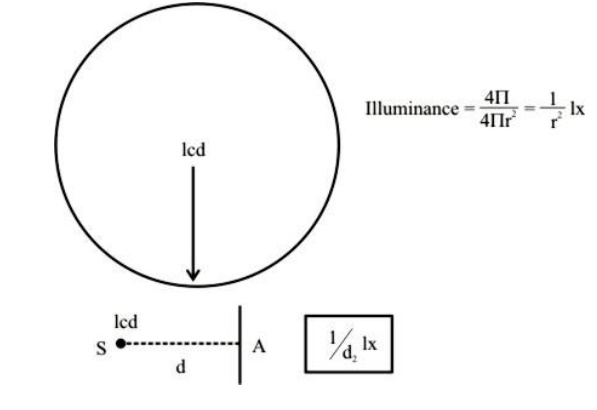 Thus we have sensitivity given by the equation

Here I0 is the threshold intensity. This is known as Frechner’s Law. The same percentage change in stimulus Calculated from the least amount perceptible. Gives same change in sensation. Sensations produced by optic nerves have logarithmic dependence or relationship to Light Radiation producing the sensation.Intensity of Illumination produced by a point source varies inversely as square of the distance from the source. It is given by the equation and as shown in Fig

This – tells us the variation of Illuminance on arbitrary surface inclined at an angle of α. As shown in Fig 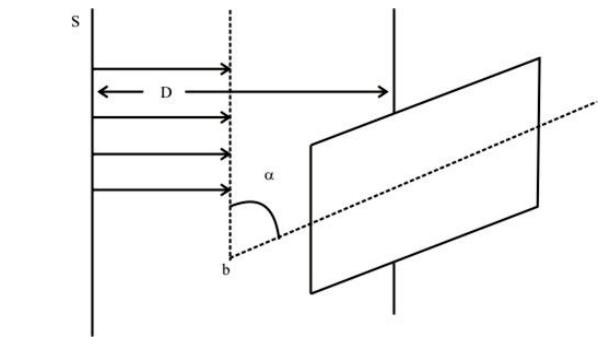 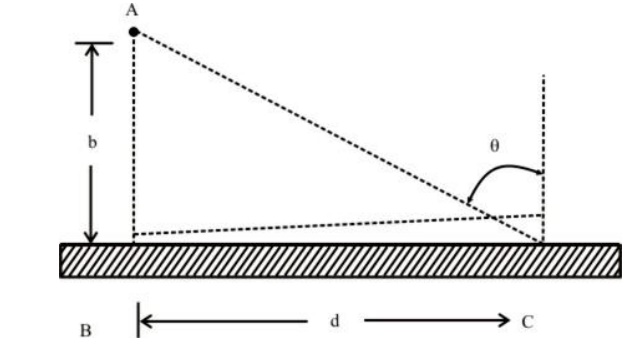 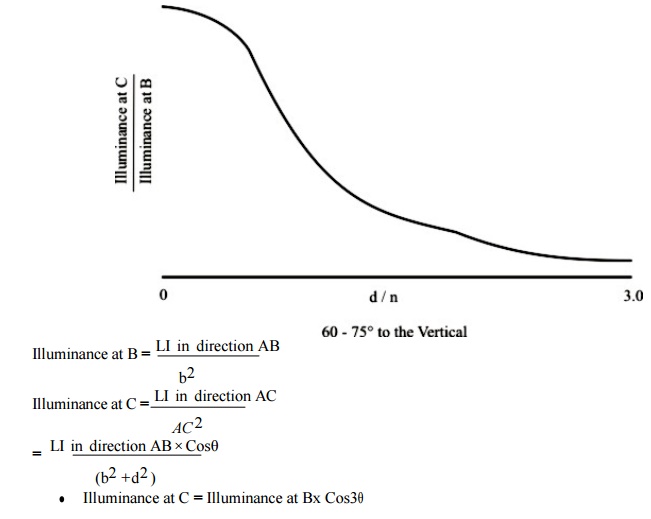 Next is to measure the candle power of the lamp. Typical measurement can be done using a photometric bench shown in Fig. 7 where IS represents standard lamp. IX represents test lamp. There is a screen at the centre called photometer head, adjusted for equal brightness on either side. Applying inverse law one can arrive at the value of IX.

This lesson introduced the primary standard and other terminology related to measurement of light flux.

Primary Standard was defined in an earlier lecture based on the brightness of a body (i.e. black body) maintained at Freezing Temperature of platinum. Unit of Luminous Intensity abbreviated as is candela cd (z). Light Flux hence emanating from a point source in all directions is Illuminance - ¼ π lumens and is termed msli is the light flux incident on a task surface in lumens per unit area and is called lux. Comparison with a standard. Normally Primary standards are kept in standards Laboratories. Usually Incandescent Lamp Compared with a Primary standard is used as a Laboratory Standard. The test source / lamp is compared With the Laboratory Standard. However, Incandescent Lamp not suitable beyond 50 – 100 hours Standardization of Lamp is by voltage rating Current rating and wattage.

c.   By varying the position of the screen

Measurement is complete when the bench is balanced. It is balanced when two sides of the screen are equally bright [in a Dark Room] as shown in Fig.1 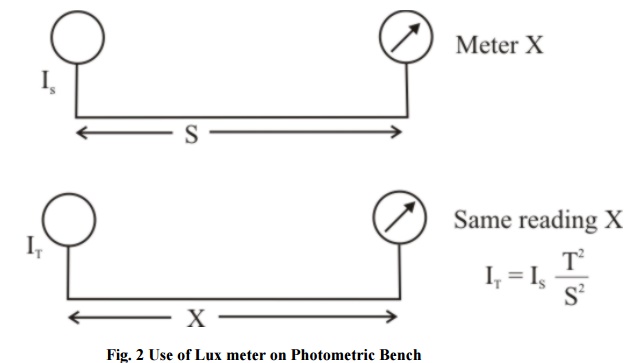 Alternatively, the distance on the bench may be kept constant and readings on the meter are noted. 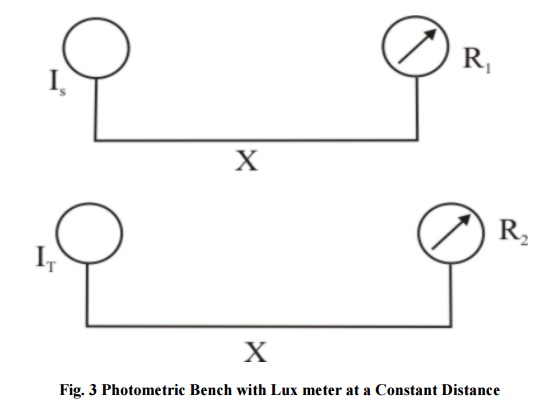 Fig 4 shows a typical photo meter. It has a standard point source ‘L’ of Light at the centre of a opaque sphere. It has an opening W where a photo cell is placed that receives diffused light from the source. Window ‘W’ is shielded by diffusing screen ‘C’ from direct light. Reading on the micrometer is first taken with a standard Lamp and later with the test Lamp.

Fig. 5 shows the photocell employed in a photometer. In a photocell sensitive element ‘S’ is selenium coated in the form of a thin layer on a steel plate P. This is in turn covered with a thin layer of Metal ‘M’ on which is a collection ring R. 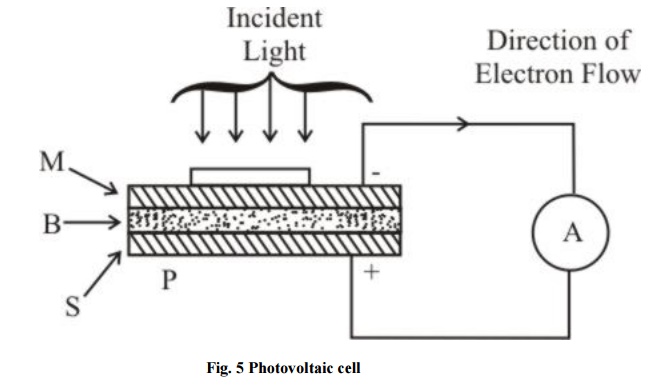 Sensitive element is a semi-conductor that releases electrons upon exposure to light. Selenium and Cuprous oxide are most suitable semi-conductor materials. Steel Plate ‘P’ coated with thin layer of Selenium at 200°c and annealed at 80°c Producing crystalline form. It is in turn coated by a thin transparent film of metal ‘M’ with a collection ring ‘R’ of metal. 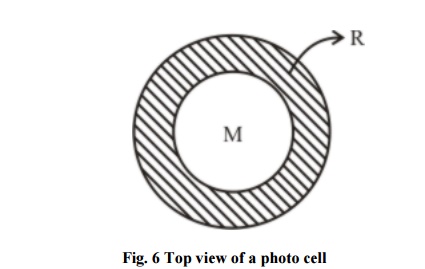 B is the barrier Layer Upon exposure to light – light enters through ‘M’ releases electrons from metallic Selenium. They cross barrier ‘B’ to ‘M’ and are collected through ‘R’ and P Current indicated by (A) is proportional to Illuminance. Often (A) is a micro ammeter calibrated in lm.

The next aspect of photometry is to look at the luminance curves of the Lamps. Here comes the role of Luminaries. Luminaries primarily provide the physical support to the Lamps. They may be directing, globes, reflecting or refracting. They could be supported on the walls using wall branects. They may be portable units on pole mounted in case of street Light. In all cares we need light distribution curves. Light distribution curves are curves giving Variation of Luminous intensity with angle of emission in a Horizontal plane i.e. Polar angle Azimuth or Vertical plane, passing though centre.

Fig 7 shows a typical Polar Luminance distribution curve of a point source of Light. From a Polar Curve in order to arrive at msli of the lamp a Rousseau diagram is constructed. Fig 8 shows such a construction. 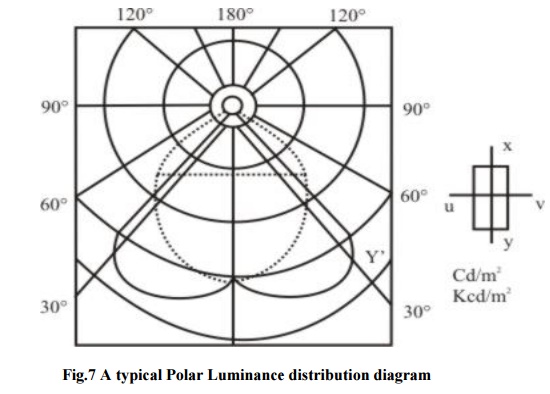 Consider the Polar curve A for the typical lamp with O as centre of the Lamp Draw a semicircle of convenient radius OB = OC Insert no. of radii. From the top of there radial segments. From the tip of the radial segments draw horizontal lines extended to cut the vertical line to scale depending on length of Radic. Then the average width of the curve DP “Q” R “S” F is msli. 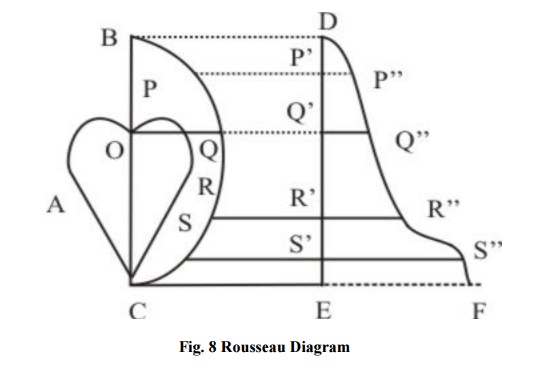