Atoms of various elements combine together in different ways to form chemical compounds. This phenomenon raised many questions.

Atoms of various elements combine together in different ways to form chemical compounds. This phenomenon raised many questions.

To answer such questions different theories have been put forth from time to time and one of such theory which explained the formation of molecules is Kossel-Lewis theory. 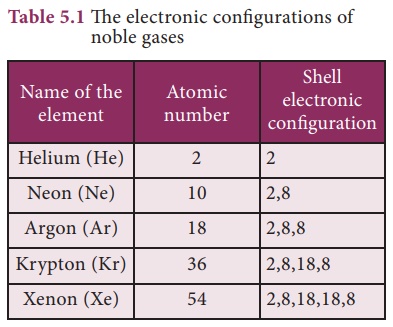 Except Helium, all other noble gases have eight electrons in their valence shells. Even helium has its valence shell completely lled and hence no more electrons can be added. us by having stable valence electronic configuration, the noble gas atoms neither have any tendency to gain nor lose electrons and their valency is zero. ey are so inert that they even do not form diatomic molecules and exist as monoatomic gaseous atoms.

Based on the noble gas electronic configuration, Kossel and Lewis proposed a theory in 1916 to explain chemical combination between atoms and this theory is known as ‘Electronic theory of valence’ or Octet rule. According to this, atoms of all elements, other than inert gases, combine to form molecules because they have incomplete valence shell and tend to attain a stable electronic configuration similar to noble gases. Atoms can combine either by transfer of valence electrons from one atom to another or by sharing of valence electrons in order to achieve the stable outer shell of eight electrons. 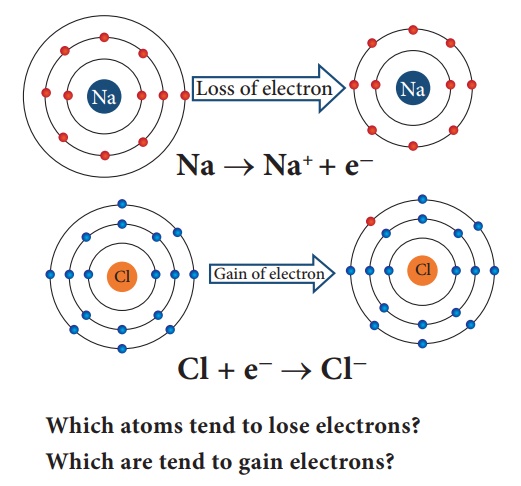 Which atoms tend to lose electrons?

Which are tend to gain electrons?

Atoms that have 1,2,3 electrons in their valence shell tend to lose whereas atoms having 5,6,7 valence electrons tend to gain. 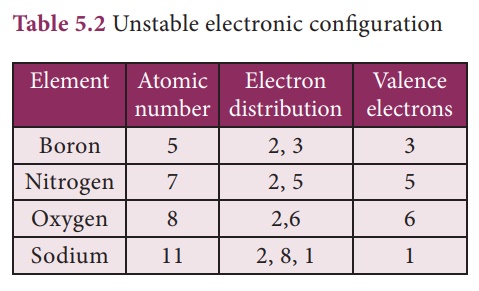 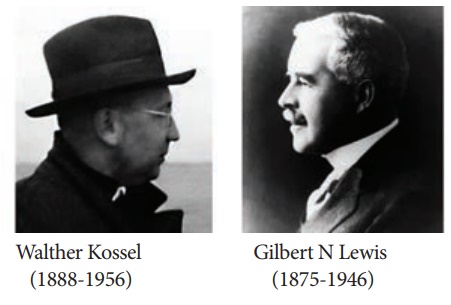