Kingdom Animalia comprises millions of animal species and studying them without a basic classification may lead to confusion.

Kingdom Animalia comprises millions of animal species and studying them without a basic classification may lead to confusion. In addition to this, there are several new species of animals being constantly discovered. Classification is very essential for identification, naming and assigning a systematic position to the newly discovered species. Animal Kingdom is classified mainly based on the closely resembling characteristic features. Kingdom Animalia is characterised of eukaryotic, multicellular, heterotrophic organisms. They include about 35 phyla of which 11 are considered as major phyla. Almost 99 percent of animals are invertebrates or animals without backbone. The remaining represents vertebrates or animals with backbone. On the basis of the presence or absence of notochord (vertebral column), animals are also categorised into two major groups and they are non chordates and chordates. 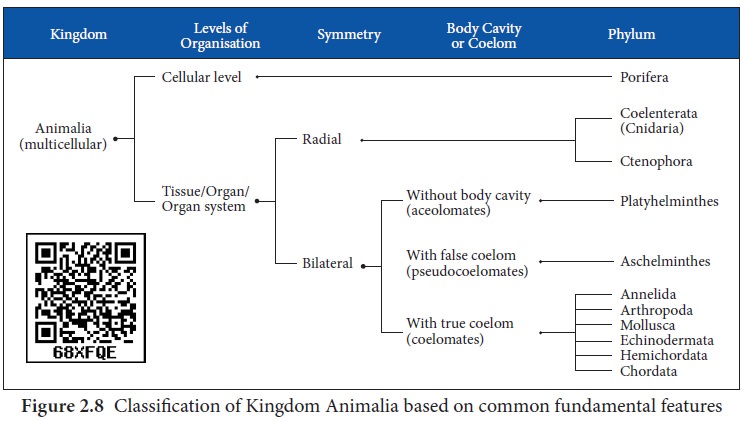