In the First World War the Sultan of Turkey sided with the Triple Alliance against the allied powers and attacked Russia.

In the First World War the Sultan of Turkey sided with the Triple Alliance against the allied powers and attacked Russia. The Sultan was also the Caliph and was the custodian of the Islamic sacred places. After the war, Britain decided to weaken the position of Turkey and the Treaty of Sevres was signed. The eastern part of the Turkish Empire such as Syria and Lebanon were mandated to France, while Palestine and Jordan became British protectorates. Thus the allied powers decided to end the caliphate. 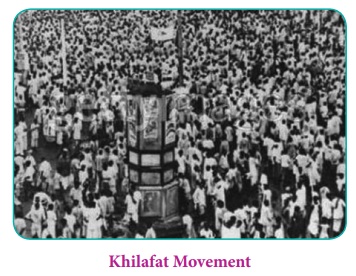 The dismemberment of the Caliphate was seen as a blow to Islam. Muslims around the world, sympathetic to the cause of the Caliph, decided to oppose the move. Muslims in India also organised themselves under the leadership of the Ali brothers – Maulana Muhammad Ali and Maulana Shaukat Ali started a movement known as Khilafat Movement. The aim was to the support the Ottoman Empire and protest against the British rule in India. Numerous Muslim leaders such as Maulana Abul Kalam Azad, M.A. Ansari, Sheikh Shaukat Ali Siddiqui and Syed Ataullah Shah Bukhari joined the movement.

Gandhi had been honoured with Kaisari-Hind gold medal for his humanitarian work in South Africa. He had also received the Zulu War silver medal for his services as an officer of the Indian volunteer ambulance corps in 1906 and Boer War silver medal for his services as assistant superintendent of the Indian volunteer stretcher-bearer corps during Boer War of 1899–1900. When Gandhi launched the scheme of non-cooperation in connection with Khilafat Movement, he returned all the medals saying, ‘…events that have happened during the past one month have confirmed in me the opinion that the Imperial Government have acted in the Khilafat matter in an unscrupulous, criminal and unjust manner and have been moving from wrong to wrong in order to defend their immorality. I can retain neither respect nor affection for such a government.’

The demands of the Khilafat Movement were presented by Mohammad Ali to the diplomats in Paris in March 1920. They were:

1. The Sultan of Turkey's position of Caliph should not be disturbed.

2. The Muslim sacred places must be handed over to the Sultan and should be controlled by him.

3. The Sultan must be left with sufficient territory to enable him to defend the Islamic faith and

4. The Jazirat-ul-Arab (Arabia, Syria, Iraq, Palestine) must remain under his sovereignty.

The demands of the movement had nothing do to with India but the question of Caliph was used as a symbol by the Khilafat leaders to unite the Indian Muslim community who were divided along regional, linguistic, class and sectarian lines. In Gail Minault's words: "A pan-Islamic symbol opened the way to pan-Indian Islamic political mobilization." It was anti-British, which inspired Gandhi to support this cause in a bid to bring the Muslims into the mainstream of Indian nationalism. Gandhi also saw this as an opportunity to strengthen Hindu–Muslim unity.

The Khilafat issue was interpreted differently by different sections. Lower-class Muslims in U.P. interpreted the Urdu word khilaf (against) and used it as a symbol of general revolt against authority, while the Mappillais of Malabar converted it into a banner of anti-landlord revolt. 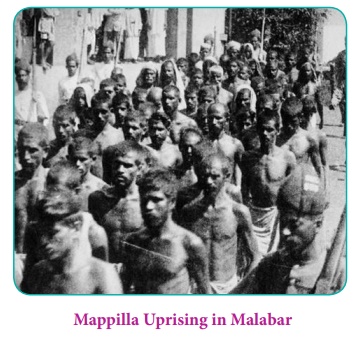