Impact of World War I on Indian Freedom Movement in India

During the years prior to First World War the political condition of the India was in disarray.

Impact of the War

During the years prior to First World War the political condition of the India was in disarray. In order to win over the “Moderates” and the Muslim League with a view to isolating the “Extremists” the British passed the Minto– Morley Reforms in 1909. The Moderates observed a policy of wait and watch. The Muslim League welcomed the separate electorate accorded to them. In 1913 a new group of leaders joined the League. The most prominent among them was Muhammad Ali Jinnah who was already a member of the Congress and demanded more reforms for the Muslims. 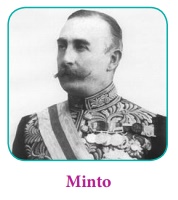 The First World War provided the objective conditions for the revolutionary activity in India. The revolutionaries wanted to make use of Britain's difficulty during the War to their advantage. The Ghadar Movement was one of its outcomes. 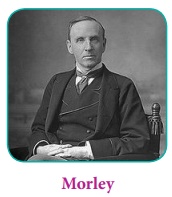 The First World War had a major impact on the freedom movement. Initially, the British didn't care for Indian support. Once the war theatre moved to West Asia and Africa the British were forced to look for Indian support. In this context Indian leaders decided to put pressure on the British Government for reforms. The Congress and Muslim League had their annual session at Bombay in 1915 and spoke on similar tones. In October 1916, the Hindu and Muslim elected members of the Imperial Legislative Council addressed a memorandum to the Viceroy on the post-War reforms. The British Government was unmoved. The Congress and the League met at Calcutta in November 1916 and deliberated on the memorandum. It also agreed on the composition of the legislatures and the number of representation to be allowed to the two communities in the post-War reforms.

Parallel to this, Tilak and Besant were advocating Home Rule. Due to their efforts the Bombay session accepted to take back the extremist section and, consequently, the constitution of the Congress was altered. 1916 was therefore a historic year since the Congress, Muslim League and the Home Rule League held their annual sessions at Lucknow. Ambika Charan Mazumdar, Congress president welcomed the extremists: "… after ten years of painful separation… Indian National Party have come to realize the fact that united they stand, but divided they fall, and brothers have at last met brothers..." The Congress got its old vigour with extremists back into it. 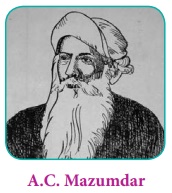 Besant and Tilak also played an important role in bringing the Congress and the Muslim League together under what is popularly known as the Congress–League Pact or the Lucknow Pact. Jinnah played a pivotal role during the Pact. The agreements accepted at Calcutta in November 1916 were confirmed by the annual sessions of the Congress and the League in December 1916.

Lala Hardayal,who settled in San Francisco, founded Pacific Coast Hindustan Associationin 1913, with Sohan Singh Bhakna as Lala Hardayal its president. This organization was popularly called Ghadar Party. (‘Ghadar’ means rebellion in Urdu.) The members of this party were largely immigrant Sikhs of US and Canada. The party published a journal called Ghadar. It began publication from San Francisco on November 1, 1913. Later it was published in Urdu, Punjabi, Hindi and other languages. 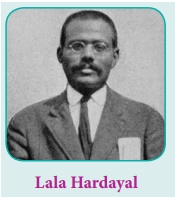 The Ghadar Movement was an important episode in India’s freedom struggle. A ship named Komagatamaru, filled with Indian immigrants was turned back from Canada. As the ship returned to India several of its passengers were killed or arrested in a clash with the British police. This incident left a deep mark on the Indian nationalist movement.