The institution of high court originated in India in 1862 when the high courts were set up at Calcutta, Bombay and Madras.

The institution of high court originated in India in 1862 when the high courts were set up at Calcutta, Bombay and Madras. In the course of time, each province in British India came to have its own high court. After 1950, a high court existing in a province became the high court for the corresponding state. The High Courts are the highest courts at State level. 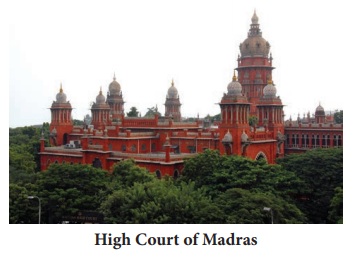 The High Court of Madras is the one of the three High Courts in India established in the three Presidency Towns of Bombay, Calcutta and Madras by letters patent granted by Queen Victoria, bearingdate 26 June 1862. The High Court building is the second largest judicial complex in the world after London.

Jurisdiction and Powers of High Court

As Courts of appeal, all High Courts entertain appeals in civil and criminal cases from their subordinate Courts as well as on their own.

They have, however, no jurisdiction over tribunals established under the laws relating to the Armed Forces of the Country.

Under Article 226 of the constitution, the High Courts are given powers of issuing writs not only for the enforcement of the Fundamental Rights, but also for other purposes. In exercise of this power, a Court may issue the same type of writs, orders or directions which the Supreme Court is empowered to issue under Article 32.

The jurisdiction to issue writs under this Article is larger in the case of High Courts, for which the Supreme Court can issue them only where a Fundamental Right has been infringed, a High Court can issue them not only in suchcases, but also where an ordinary legal right has been infringed. It has the power to issue the five kinds of Writs like Habeas Corpus, Mandamus, Prohibition, Quo Warranto, Certiorari.

High court has the power of superintendence over all courts and tribunals functioning in its territorial jurisdiction (except military courts or tribunals) Thus, it may

• Call for returns from them;

• Make an issue, general rules and prescribe forms for regulating the practice and proceedings of them.

• Prescribe forms in which books, entries and accounts are to be kept by them; and

• Settle the fees payable to the sheriff, clerks, officers and legal practitioners of them.

All the decisions and decrees issued by the High Court are printed and are kept as a record for future references by the Court as well as by the lawyers, is such a need arises. Thus, it also acts as a Court of Record. 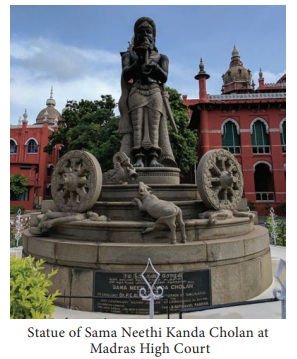