as one of the founders of Medical Statistics. Farr, systematically collected

and analyzed Britain’s Vital Statistics, is known as “the father of Modern Vital Statistics and surveillance.” Farr’s name features on the wall painting of the London School of Hygiene and Tropical Medicine (LSHTM) in recognition of his work. Twenty three names of public health and tropical medicine pioneers were chosen to appear on the School building in Keppel Street when it was constructed in 1926. 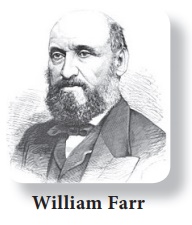 P.C. Mahalanobis (1893-1972) took initiatives for establishment of the Official Statistical System in India. He was the first Honorary Statistical Advisor to the Government of India. He was instrumental for establishing the present Central Statistical Office and National Sample Survey Office. He is the founder of the internationally renowned Indian Statistical Institute (ISI) at Kolkata, which has centres located at various parts of the country. ISI also concentrates on other disciplines of study which include Geology, Sociology, Computer Science and Theoretical Physics. 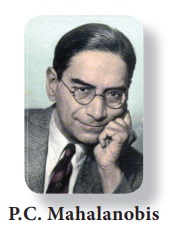 The students will be able to understand