Home | | English 12th Std | In Celebration of Being Alive

Chapter: 12th English : UNIT 3 : Prose : In Celebration of Being Alive

In Celebration of Being Alive

We all know that Dr. Christiaan Barnard was the first doctor to perform a heart transplant surgery. Here we have an extract of his speech, wherein he narrates an experience, which has changed his perspective of life altogether. Let’s find out what led to such a dramatic transformation.

In Celebration of Being Alive

We all know that Dr. Christiaan Barnard was the first doctor to perform a heart transplant surgery. Here we have an extract of his speech, wherein he narrates an experience, which has changed his perspective of life altogether. Let’s find out what led to such a dramatic transformation.

1. More and more, as I near the end of my career as a heart surgeon, my thoughts have turned to the consideration of why people should suffer. Suffering seems so cruelly prevalent in the world today. Do you know that of the 125 million children born this year, 12 million are unlikely to reach the age of one and another six million will die before the age of five? And, of the rest, many will end up as mental or physical cripples.

2.  My gloomy thoughts probably stem from an accident I had a few years ago. One minute I was crossing the street with my wife after a lovely meal together, and the next minute a car had hit me and knocked me into my wife. She was thrown into the other lane and struck by a car coming from the opposite direction.

3.  During the next few days in the hospital, I experienced not only agony and fear but also anger. I could not understand why my wife and I had to suffer. I had eleven broken ribs and a perforated lung. My wife had a badly fractured shoulder. Over and over, I asked myself, why should this happen to us? I had work to do, after all; there were patients waiting for me to operate on them. My wife had a young baby who needed her care.

4. My father, had he still been alive, would have said: “My son, it’s God’s will. That’s the way God tests you. Suffering ennobles you – makes you a better person.”

5.  But, as a doctor, I see nothing noble in a patient’s thrashing around in a sweat-soaked bed, mind clouded in agony. Nor can I see any nobility in the crying of a lonely child in a ward at night.

6.  In those days, they didn’t have sophisticated heart surgery. I have always found the suffering of children particularly heartbreaking–especially because of their total trust in doctors and nurses. They believe you are going to help them. If you can’t they accept their fate. They go through mutilating surgery, and afterwards they don’t complain.

7.  One morning, several years ago, I witnessed what I call the Grand Prix of Cape Town’s Red Cross Children’s Hospital. It opened my eyes to the fact that I was missing something in all my thinking about suffering – something basic that was full of solace for me.

8.  What happened there that morning was that a nurse had left a breakfast trolley unattended. And very soon this trolley was commandeered by an intrepid crew of two – a driver and a mechanic. The mechanic provided motor power by galloping along behind the trolley with his head down, while the driver, seated on the mower deck, held on with one hand and steered by scraping his foot on the floor. The choice of roles was easy because the mechanic was totally blind and the driver had only one arm. 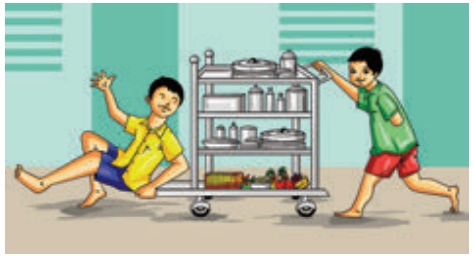 9.  They put on quite a show that day. Judging by the laughter and shouts of encouragement from the rest of the patients, it was a much better entertainment than anything anyone puts on at the Indianapolis 500 car race. There was a grand finale of scattered plates and silverware before the nurse and ward sister caught up with them, scolded them and put them back to bed.

10.  Let me tell you about these two. The mechanic was all of seven years old. One night, when his mother and father were drunk, his mother threw a lantern at his father, missed and the lantern broke over the child’s head and shoulders. He suffered severe third-degree burns on the upper part of his body, and lost both his eyes. At the time of the Grand Prix, he was a walking horror, with a disfigured face and long flap of skin hanging from the side of his neck to his body. As the wound healed around his neck, his lower jaw became gripped in a mass of fibrous tissue. The only way this little boy could open his mouth was to raise his head. When I stopped by to see him after the race, he said, “You know, we won.” And he was laughing.

11.  The trolley’s driver I knew better. A few years earlier, I had successfully closed a hole in his heart. He had returned to the hospital because he had a malignant tumour of the bone. A few days before the race, his shoulder and arm were amputated. There was little hope of his recovery. After the Grand Prix, he proudly informed me that the trolley’s wheels were not properly oiled, but he was a good driver, and he had full confidence in the mechanic.

13.  I had been looking at suffering from the wrong end. You don’t become a better person because you are suffering; but you become a better person because you have experienced suffering. We can’t appreciate light if we haven’t known darkness. Nor can we appreciate warmth if we have never suffered cold. These children showed me that it’s not what you’ve lost that’s important. What is important is what you have left.

Christiaan Neethling Barnard was born in rural South Africa in 1922 to poor parents as their fourth child. He evinced great interest in his academics and was determined to pursue medicine, after the loss of his brother to a cardiac ailment. He won many scholarships and pursued his higher studies specializing in cardiac surgery. As a cardiac surgeon, Barnard focussed on congenital and complicated cardiac conditions for which there was no cure at that time. After experimenting with heart transplantation on animals, he performed the world’s first human -to-human heart transplant in the year 1967. He gained worldwide recognition and went on to develop many surgery techniques, which are being adopted till date. Barnard has penned fourteen books and 235 scientific articles that have been published in reputed journals. Some of his books are, ‘One Life’, ‘50 Ways to a Healthy Heart’, ‘The Best Medicine’ and ‘The Faith’. A pioneer in cardiac surgery, he obtained a Doctorate in Medicine from the University of Cape Town. This was followed by 11 honorary doctorates, bestowed upon him by universities all over the world. He has also received 36 International Awards. In his late years, he established the Christiaan Barnard Foundation to serve and promote the cause of underprivileged children throughout the world and died at the age of 78 in the year 2001. 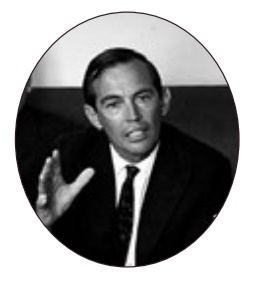