3. Difference between DTFT and other transform.

The DFT and the DTFT can be viewed as the logical result of applying the standard continuous Fourier transform to discrete data. From that perspective, we have the satisfying result that it's not the transform that varies; it's just the form of the input:

4. Write about symmetry property of DTFT.

The Fourier Transform can be decomposed into a real and imaginary or into even and odd.

6.How will you express IDFT interms of DFT.

(As usual, the subscripts are interpreted modulo N; thus, for n = 0, we have xN − 0 = x0.) Second, one can also conjugate the inputs and outputs:

Third, a variant of this conjugation trick, which is sometimes preferable because it requires no modification of the data values, involves swapping real and imaginary parts (which can be done on a computer simply by modifying pointers). Define swap(xn) as xn with its real and imaginary parts swapped—that is, if xn = a + bi then swap(xn) is b + ai. Equivalently, swap(xn) equals ix*n .

where n is an integer and z is, in general, a complex number:

where A is the magnitude of z, and φ is the complex argument (also referred to as angle or phase) in radians

Alternatively, in cases where x[n] is defined only for n ≥ 0, the single-sided or unilateral Z-transform is defined as

In signal processing, this definition is used when the signal is causal.

10.Write about the output response of Z transform

A twiddle factor, in fast Fourier transform (FFT) algorithms, is any of the trigonometric constant coefficients that are multiplied by the data in the course of the algorithm.

12. State the condition for existence of DTFT?

The DTFT of unit sample is 1 for all values of w.

The method of appending zero in the given sequence is called as Zero padding.

A Sequence is said to be circularly even if it is symmetric about the point zero on the circle. x(N-n)=x(n),1<=n<=N-1.

A circularly folded sequence is represented as x((-n))N. It is obtained by plotting x(n) in clockwise direction along the circle.

This property states that multiplication of two DFT is equal to circular convolution of their sequence in time domain.

The value of Z for which the Z transform converged is called region of convergence.

The convolution property states that the convolution of two sequences in time domain is equivalent to multiplication of their Z transforms. 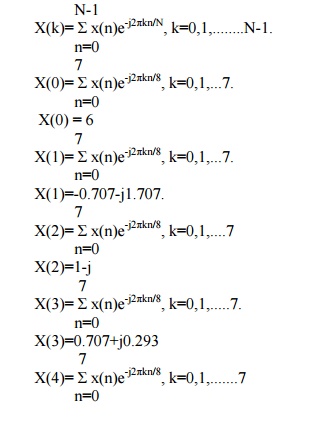 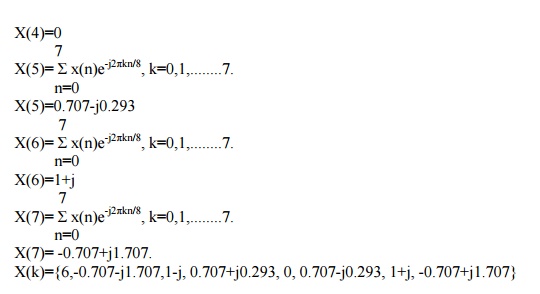 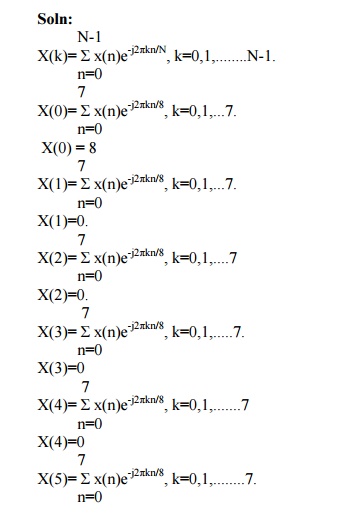 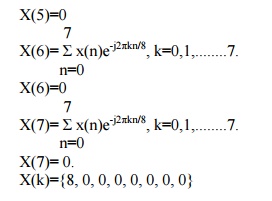 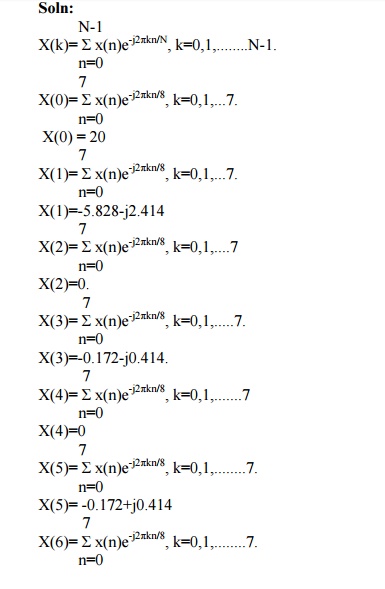 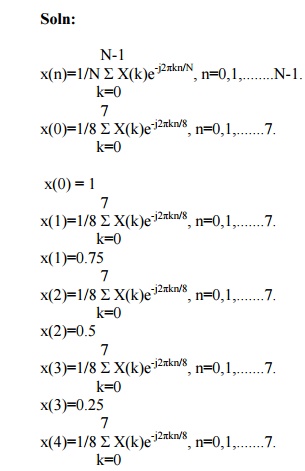 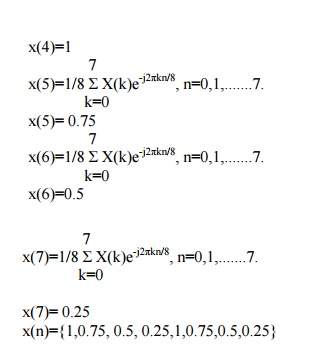 The Transform that used to analyze the signals or systems Characteristics in frequency domain , which is difficult in case of Time Domain.

Laplace Transform is the basic continuous Transform. Then it is developed to represent the continuous signals in frequency domain.

If a discrete time signal is periodic then its DFT is also periodic. i.e. if a signal or sequence is repeated after N Number of samples, then it is called periodic signal.

If a signal or sequence is repeated its waveform in a negative direction after “N/2” number of Samples, then it is called symmetric sequence or signal.

A System which satisfies the superposition principle is said to be a linear system. The DFT have the Linearity property. Since the DFT of the output is equal to the sum of the DFT’s of the Inputs.

Fast Fourier Transform is an algorithm that efficiently computes the discrete fourier transform of a sequence x(n). The direct computation of the DFT requires 2N2 evaluations of trignometric functions. 4N2 real multiplications and 4N(N-1) real additions.