Instantaneous centre of rotation is a point identified with in a body where the velocity is zero.

Study of bodies subjected to forces which are unbalanced is called kinetics.

The study of geometry and time dependent aspects of motion without considering forces causing motion.

6.what is general plane motion ? give some examples.

Example :All planets revolving around the sun.

Assume particle A moves to x direction Vx and in y direction Vy this resultant velocity.

9.How will you calculate the linear restoring force of an elastic material.

Where k is the stiffness of the material and x is the displacement.

10.state the principle of work and energy.

A rigid body in plane motion can be considered to rotate about a point that remains at a particular instant. This point having zero instantaneous velocity is called the instantaneous centre of rotation.

1.Give mathematical definitions of velocity and acceleration.

3.Define friction and classify its types. 4.Classify the types of friction.

9.What is coefficient of rolling resistance?

10.Define coefficient of friction and express its relationship with angle of friction.

11.If x=3.5t3– 7 t2, determine acceleration, velocity and position of the particle, when t = 5 sec. 12.Consider a wheel rolling on a straight track. Illustrate the characteristics of general plane motion.

13.Write work energy equation of rigid body. Mention the meaning for all parameters used in the equation.

14.What us general plane motion? Give some examples. 15.Define Limiting friction.

1. Block (2) rests on block (1) and is attached by a horizontal rope AB to the wall as shown in fig. What force P is necessary to cause motion of block (1) to impend? The co-efficient of friction between the blocks is ¼ and between the floor and block (1) is 1/3. Mass of blocks (1)and(2) are 14kg and 9 kg respectively 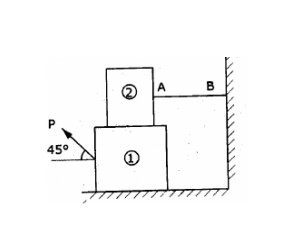 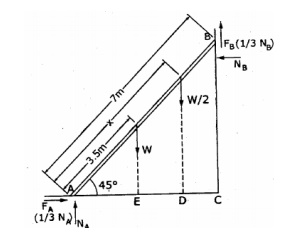 4. In a screw jack, the pitch of the square threaded screw is 5.5 mm and means diameter is 70 mm. The force exerted in turning the screw is applied at the end of lever 210 mm long measured from the axis of the screw. If the co-efficient of friction of the screw jack is 0.07. Calculate the force required at the end of the lever to (i) raise a weight of 30 KN (ii) lower the same weight.

5. An effort of 200 N is required just to move a certain body up an inclined plane of angle 15°, the force is acting parallel to the plane. If the angle of inclination of the plane is made 20°,

the effort required being again parallel to the plane, is found to be 230 N. Find the weight of the body and coefficient of friction. 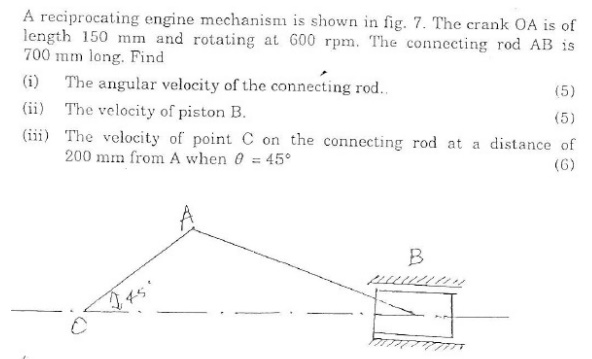