Hydraulic machines which convert the energy of flowing water into mechanical energy.

2.   Give example for a low head, medium head and high head turbine.

3.   What is impulse turbine? Give example.

4.  What is reaction turbine? Give example.

In a reaction turbine, the runner utilizes both potential and kinetic energies. Here portion of potential energy is converted into kinetic energy before entering into the turbine.

5.  What is axial flow turbine?

6.  What is mixed flow turbine?

7.  What is the function of spear and nozzle?

The nozzle is used to convert whole hydraulic energy into kinetic energy. Thus the nozzle delivers high speed jet. To regulate the water flow through the nozzle and to obtain a good jet of water spear or nozzle is arranged.

Gross Head: The gross head is the difference between the water level at the reservoir and the level at the tailstock.

Effective Head: The head available at the inlet of the turbine.

It is defined as the ratio of power available at the turbine shaft to the power developed by the turbine runner.

It is defied as the volume of water actually striking the buckets to the total water supplied by the jet.

12. Define over all efficiency.

The hydraulic machines which convert hydraulic energy into mechanical energy are called turbines.

The difference between the head race level and tail race level when no water is flowing is known as gross head. It is denoted by Hg.

Net head is also known as effective head and is defined as the head available at the inlet of te turbine. It is denoted as H

16. What is draft tube? why it is used in reaction turbine?

17. What is the significance of specific speed?

18.. What are unit quantities?

Unit quantities are the quantities which are obtained when the head on the turbine is unity. They are unit speed, unit power unit discharge.

19. Why unit quantities are important

If a turbine is working under different heads, the behavior of turbine can be easily known from the values of unit quantities.

20. What do you understand by characteristic curves of turbine?

Characteristic curves of a hydraulic turbine are the curves, with the help of which the exact behavior and performance of turbine under different working conditions can be known.

21. Define the term 'governing of turbine'.

Governing of turbine is defined as the operation by which the speed of the turbine is kept constant under all conditions of working. It is done by oil pressure governor.

22. What are the types of draft tubes?

The following are the important types of draft tubes which are commonly used. 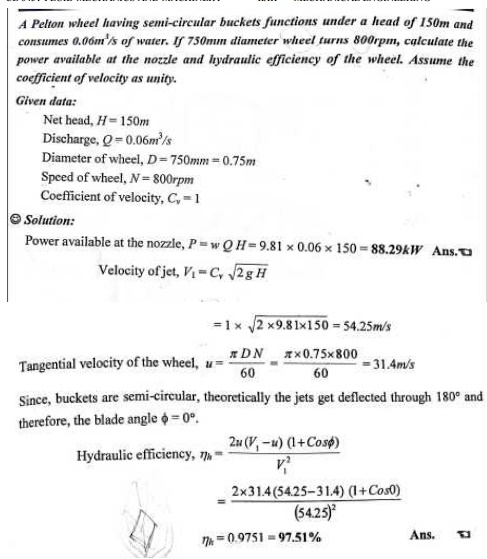 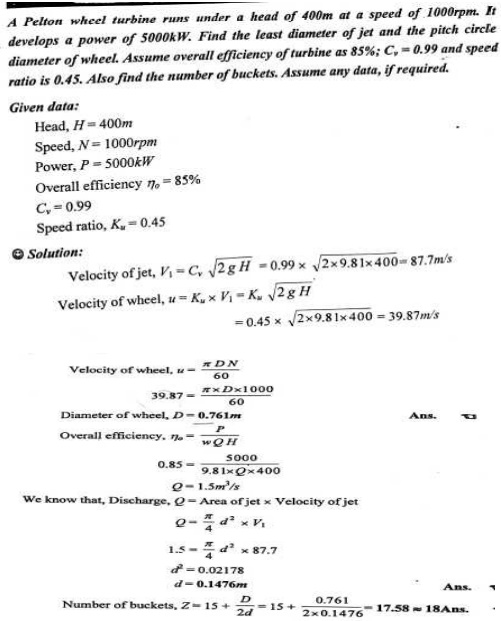 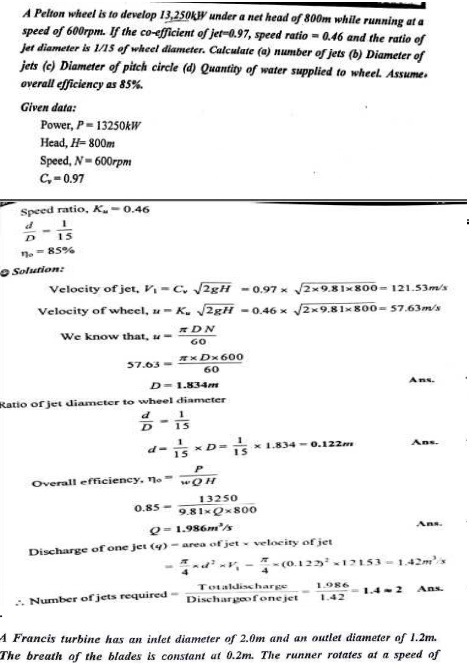 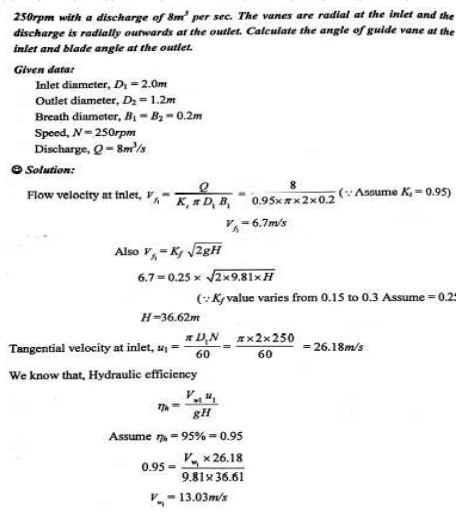 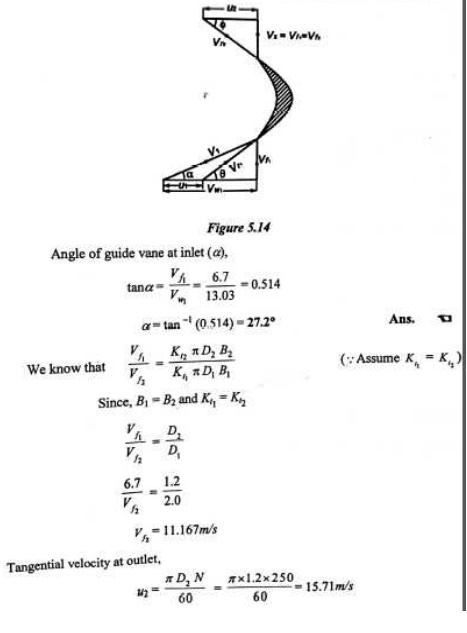 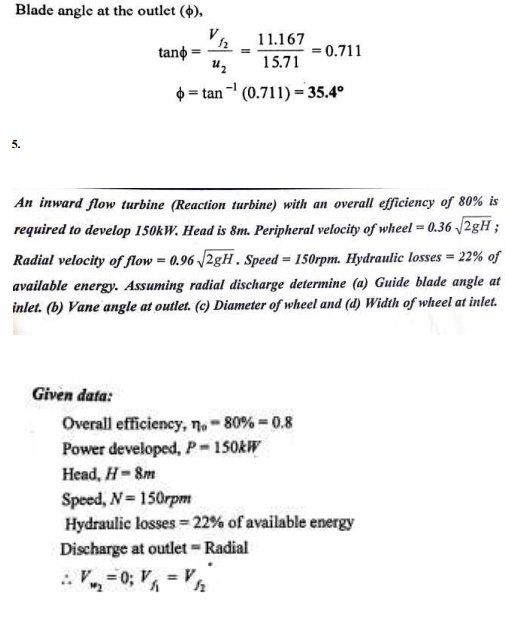 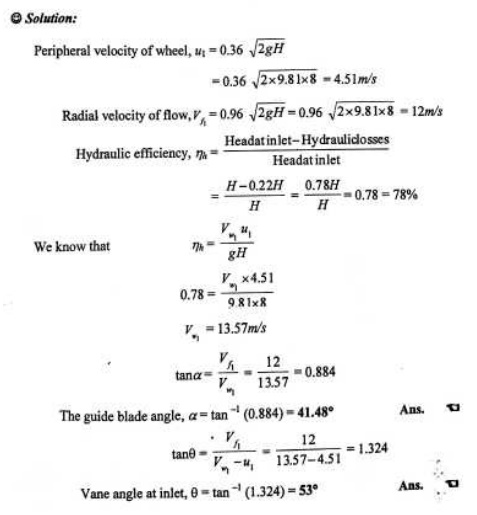 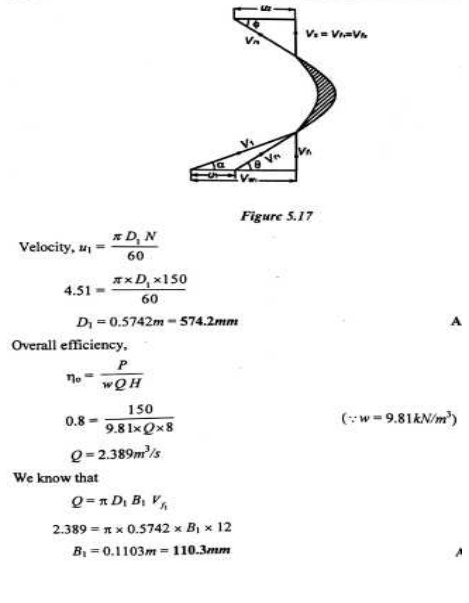 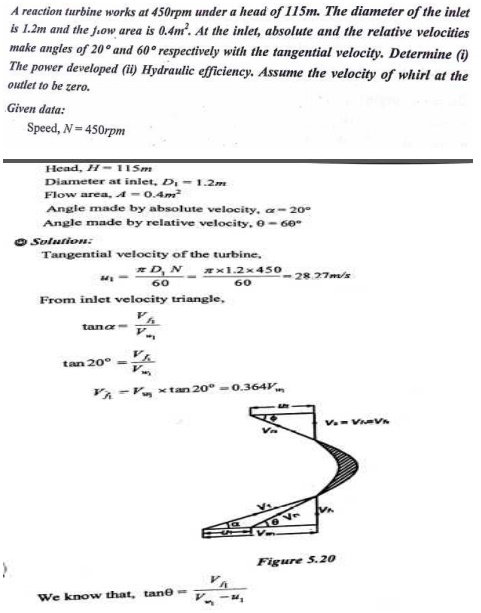 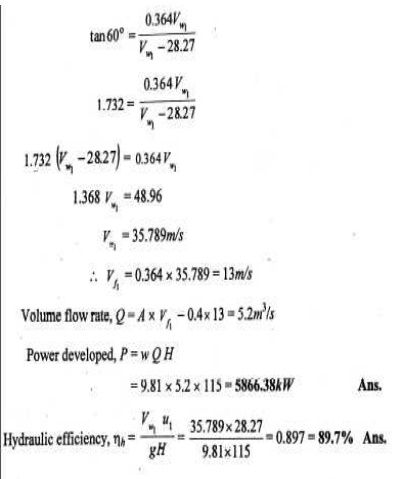 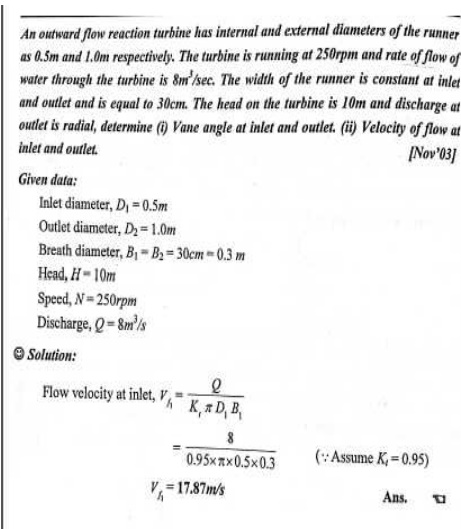 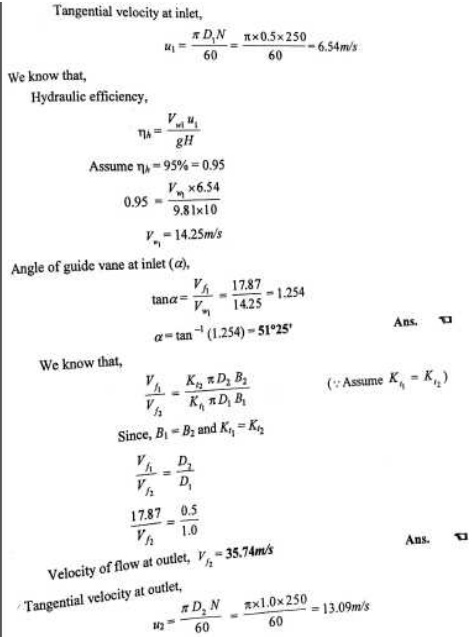 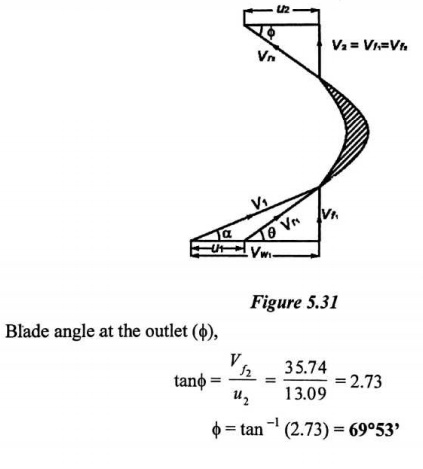