Human growth hormone (hGH) is a protein hormone essential for normal growth and development in humans.

Human growth hormone (hGH) is a protein hormone essential for normal growth and development in humans. hGH affects many aspects of human meta-bolism, including lipolysis, the stimulation of protein synthesis and the inhibition of glucose metabolism. hGH was first isolated and identified in the late 1950s from extracts of pituitary glands obtained from cadavers and from patients undergoing hypophysect-omy. The first clinical use of these pituitary-extracted hGHs for stimulation of growth in hypopituitary children occurred in 1957 and 1958 (Raben, 1958). From 1958 to 1985 the primary material used for clinical studies was pituitary-derived human growth hormone (pit-hGH). hGH was first cloned in 1979 (Goeddel et al., 1979; Martial et al. 1979). The first use in humans of recombinant human growth hormone (rhGH) was reported in the literature in 1982 (Hintz et al., 1982). The introduction of rhGH coincided with reports of a number of cases of Creutzfeldt–Jakob disease, a fatal degenerative neurological disorder, in patients receiving pit-hGH. Concern over possiblecontamination of the pit-hGH preparations by the prion responsible for Creutzfeldt–Jakob disease led to the removal of pit-hGH products from the market in the United States in 1985. The initial rhGH prepara-tions were produced in bacteria (Escherichia coli) and, unlike endogenous hGH, contained an N-terminal methionine group (met-rhGH). Natural sequence recombinant hGH products have subsequently been produced in bacteria, yeast and mammalian cells. 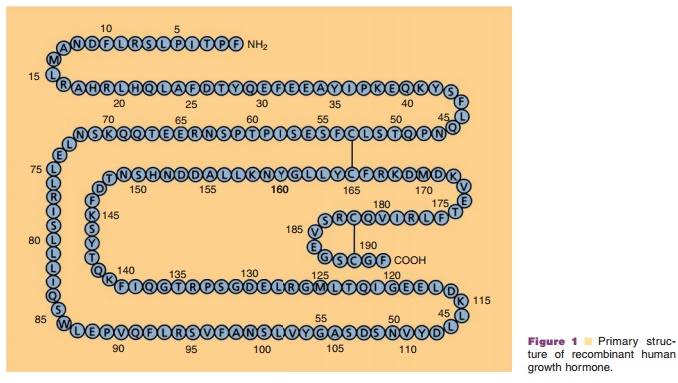 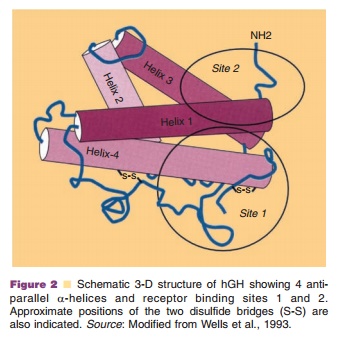