How is fetal distress diagnosed?

Continuous electronic FHR monitoring was developed, in the 1960s, to assess fetal well-being during labor.

How is fetal distress diagnosed?

Continuous electronic FHR monitoring was developed, in the 1960s, to assess fetal well-being during labor. FHR monitoring can be performed directly by placing an elec-trode on the fetal scalp or indirectly by placing an ultra-sound probe on the maternal abdomen. Characteristics of FHR patterns are divided into baseline and periodic fea-tures. Baseline features include heart rate as well as vari-ability. In normal labor, the FHR is determined by a balance between the sympathetic and parasympathetic innervation of the fetal heart. Normal FHR is between 110 and 160 beats per minute (bpm). Variability of the FHR is very important in determining fetal well-being. In normal labor there is beat-to-beat variability (R-R interval) of about 3–5 bpm, and long-term periodic accelerations of 10–15 bpm lasting 10–15 seconds, occurring 3 or more times per 20 minute window (Figure 61.1). FHR tracings demonstrating good beat-to-beat and long-term variability are referred to as reactive tracings and imply normal neonatal acid–base status, as assessed by a normal scalp pH (7.25–7.35). This is associated with the delivery of a healthy and vigorous neonate, with Apgar score ≥7 at 5 minutes. The absence of long-term and beat-to-beat vari-ability may indicate fetal hypoxia (Figure 61.2). 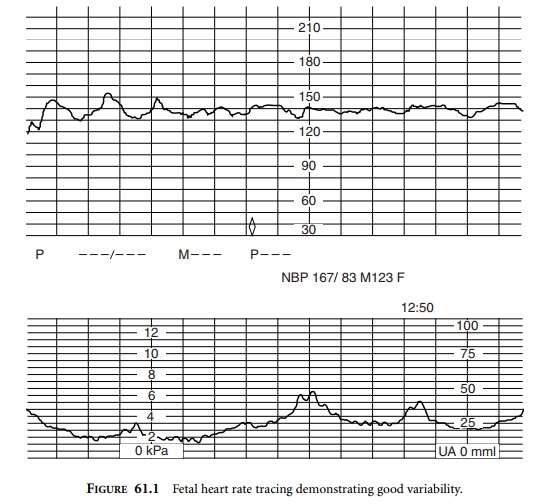 The presence of good variability is the most sensitive indicator of fetal well-being. However, poor FHR variabil-ity is not always due to fetal hypoxia. Non-rapid eye move-ment fetal sleep cycles, lasting about 20 minutes, are the most common cause of poor variability. Congenital fetal heart disease, such as heart block, and fetal anencephaly are associated with poor FHR variability. Iatrogenic causes include the maternal administration of opioids, local anes-thetics, and atropine. 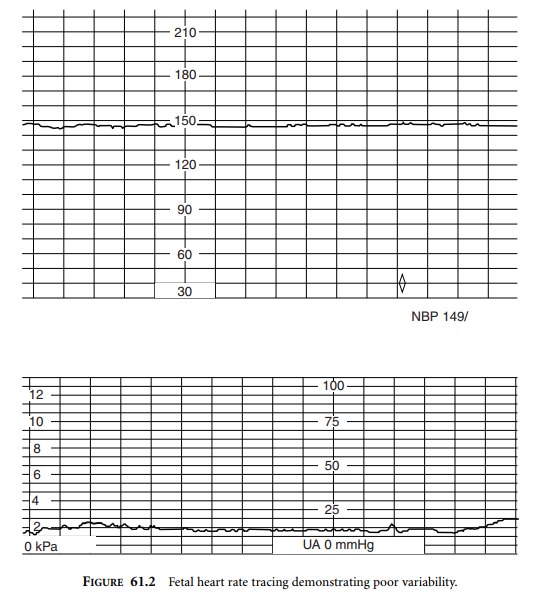 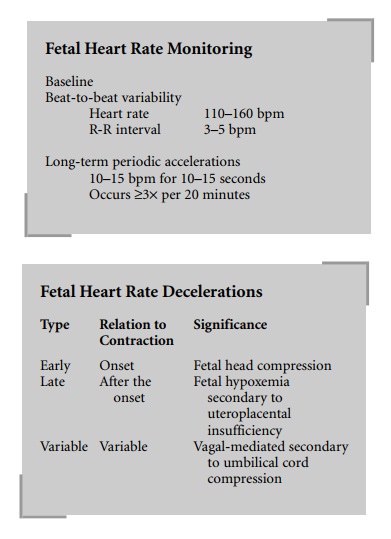 Early decelerations occur with the onset of the contrac-tion and appear as a mirror image of the contraction. They are thought to occur secondary to fetal head compression. They are accompanied by good variability and are not associated with fetal hypoxia or acidosis.

Late decelerations are always associated with fetal hypoxemia (Figure 61.3). In the presence of uteroplacental insufficiency there is a significant decrease in fetal pO2 resulting in a vagal-mediated slowing of the FHR. In inter-preting the significance of a late deceleration, FHR vari-ability must be assessed. In the presence of good variability significant neonatal cerebral hypoxia has not yet occurred and a good neonatal outcome can be expected. If late decel-erations occur with poor FHR variability, the tracing is more ominous. Fetal scalp blood sampling to assess neo-natal acid–base status or immediate delivery is indicated. 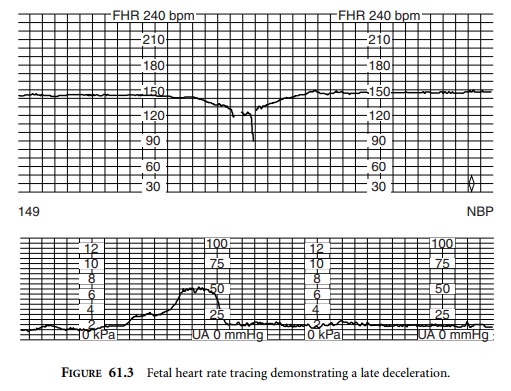 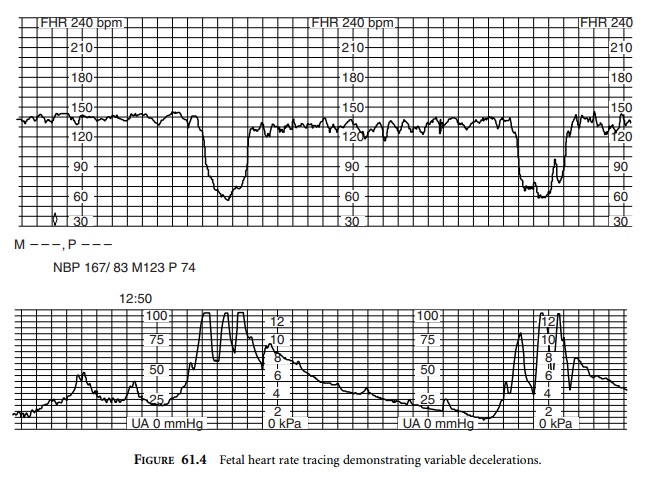 Fetal scalp blood sampling is performed when the FHR tracing is indicative of fetal hypoxia and delivery is not immi-nent. Scalp pH <7.20 is considered ominous and necessitates immediate delivery. Fetal scalp stimulation, by digital exami-nation, may also be used to assess fetal well-being. The pres-ence of fetal heart rate acceleration after scalp stimulation is associated with a scalp pH above 7.20.

Intrapartum fetal pulse oximetry is a new technology that may offer advantages over traditional monitoring techniques, but is currently not widely used.

When a non-reassuring FHR tracing is identified, in utero fetal resuscitation should commence. Correctable causes include maternal hypotension, hyperstimulation of the uterus by pitocin, and umbilical cord compression. Fetal well-being may be enhanced by administering oxygen to the mother, improving left uterine displacement, and increasing maternal blood pressure with either fluids or vasopressors. 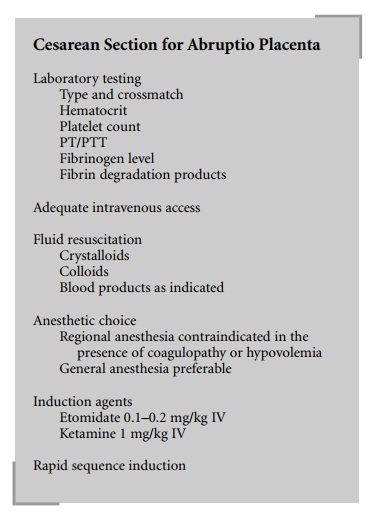