1807 Alexander Von Humboldt considered the original sources of most useful plants and their origin is an impenetrable secret.

1883 De Candolle in his “Origin of cultivated plants” studied 247 cultivated plant species and attempted to solve the mystery about the ancestral form, region of domestication and history.

1887- 1943 Nikolai Ivanovich Vavilov made an inventory of the diverse forms of our most important cultivated plants and their distribution based on variety of facts obtained from morphology, anatomy, cytology, genetics and plant geography. Vavilov has given the centre of diversity of a crop species which may be the centre of origin for that species.

1971 According to Harlan, agriculture originated independently in three different areas in different times or simultaneously. Hence a crop may not have a single centre of origin. Harlan says that the centre of crop plant means the places of agricultural origin of the crop plants. The non-centre denotes the place where agriculture of the crop was introduced and spread. Thus centre and non-centre interact with each other. 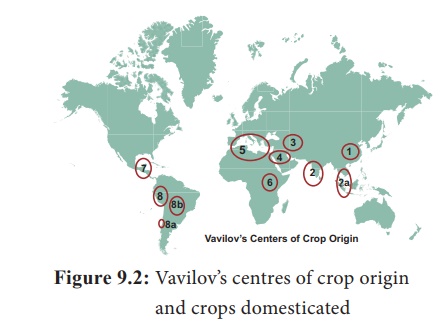 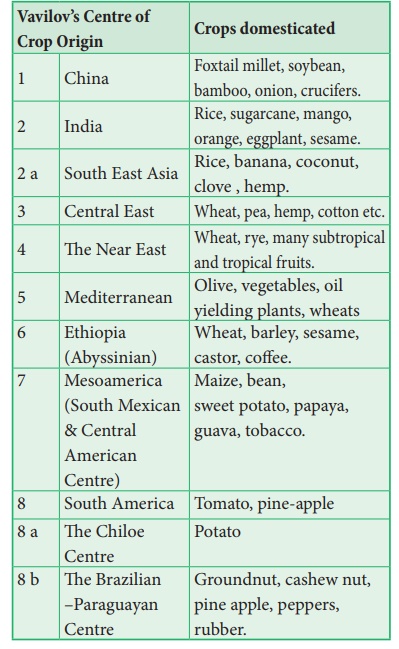