‘Connector’ is a word or a phrase that joins two sentences or group of words, together. They are also known as ‘conjunctions’.

Some common Coordinating conjunctions are:

and, but, or, therefore, as well as, too, else, otherwise, still, yet, while, however, so, consequently, for, etc…

She ran fast and won the race.

Some common Subordinating conjunctions are: after, as, until, unless, when, whenever, as soon as, as if, as though, because, before, even if, even though, if, since, so that, though, till, where, wherever, whether, while, why, etc…… 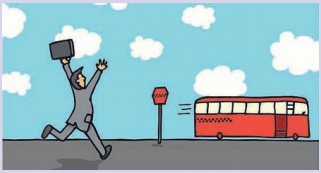 The bus had left before he came. 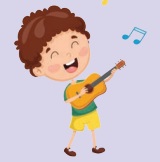 I am not only a singer but also a musician.

These conjunctions join words, phrases or clauses of equal rank.

i. She ran fast and won the game.

ii. God made the country and man made the town.

iii. Get ready soon or you will miss the bus.

iv. I requested him but he did not do the work.

v. Behave well else you will suffer.

These conjunctions join two clauses. One of which is subordinate to the other

i. Make hay while the sunshines.

ii. Ravi reached the exam hall before the school bell had rung.

Where, wherever, whence, whither

i. You will find your books where you had placed them.

ii. You can see the beauty wherever you go in Ooty.

i. The alarm woke me up, eventhough it wasn't very loud.

ii. The child was not covered, although it was very cold.

i. He is not as clever as you.

ii. Rekha is better than her father.

These pairs of conjunctions require equal structures after each one.

i. Shruthi wants either the chocolates or the cake.

ii. She said that she would like to have both the chocolates and the cake.

iii. You can have neither the cake nor the ice-cream.

vi. I have not yet decided whether I will have the cake or the ice-cream.

v. She ate not only the chocolates but also the ice-cream.

iv. Abirami is both cute and lovely.

a. Underline the conjunctions in the following sentences.

1. Revathy and Rohini are friends.

Answer: Revathy and Rohini are friends.

Answer: .If you say so, I will believe it.

3. Shekar is intelligent but careless.

Answer: Shekar is intelligent but careless.

4. The bus was overcrowded so Arun avoided travelling in it.

Answer: .The bus was overcrowded so Arun avoided travelling in it.

5. Though Vinay is ill, he doesn't skip the class.

Answer: Though Vinay is ill, he doesn’t skip the class.

b. Fill in the blanks in the following sentences with suitable conjunctions from the box:

1. I returned home after the bus had started.

2. I respect him although he is very strict.

3. Sudharshan will succeed because he works hard.

4. Aravinth and Arun are classmates from their childhood.

5. You can’t have your fruits unless you take your food.

c. Choose the correct conjunctions from the options given in the brackets.

1. Everyone likes him because he is very helpful. (because/for)

2. so it was cloudy, we decided to take an umbrella. (so/as)

3. Rathi found her watch where she had left it. (wherever/where)

4. I don’t know whether I can afford to buy a new dress or not. (whether/why)

A conjunction is a joining word that joins words, groups of words or sentences.

Answer: Ravi is singing and Raj is playing the guitar.

Answer: I rang up my mother because she was not at home.

3. Correlative conjunctions are used in pairs.

Answer: Produce your hall ticket so that you may write the exam.

Join the pair of sentences using - and, but, or.

Answer: My brother has a motor bike and a car.

Answer: The cup fell but it did not break.

Answer: Keep quiet or go away.

Answer: He is honest and hard working.

a) Fill in the blanks with Co-ordinating conjunctions :

b) Fill in the blanks with Subordinating conjunctions :

c) Fill in the blanks with Correlative conjunctions:

1. I will eat sandwich noodles for breakfast, (either, or / neither, nor / such, that)

A group of words, which gives complete sense is called a sentence. The basic sentence patterns are given below:

5. SVIODO: My father presented me a watch.

6. SVDOIO: She gave money to the poor.

Subject (S) To get ‘Subject’ ask the question ‘Who?’ before the verb. It consists of nouns or pronouns and occurs before a verb.

Nancy danced well. Who danced well? (Here “Nancy” answers for the who?)

The child broke the glass. (Here “The child” answers the question who?)

Verb (V) - A verb shows an action or activity or work done by the subject. It also tells the status. To get 'verb' ask what does the subject do?

Jems wrote a letter. What did Jems do? (Here wrote answers the question)

He is a doctor.

The baby is crying.

Object (O) - To get the object, ask the question ‘What?’ or ‘Whom?’. ‘What’ is for things and ‘Whom’ is for persons. Persons may be nouns or pronouns.

Example: He bought a pen. He handles the computer. I saw him.

Direct Object (DO) - Direct object answers the question ‘what’.

I gave Rosy a pen.

Complement (C) - The words, required to complete the meaning of a sentence are called Complement.

Example: He is a dentist. She named the boy John. It grew dark. Object complement answers for the questions "How" asked on the object.

Here the word blue answers for the question "How" asked on the object car.

They selected her leader.

Adjunct (A) - To get ‘Adjunct’ ask the question where ,how, when or why.

Example: My father is a farmer in thiruvarur.

a. Choose the right pattern.

2. During the war, many people lost their homes.

3. I promised the children a trip to the zoo.

b. Write two sentences for each pattern.

She ate the food.

He is a surgeon.

My father is a painter.

We stay in Chennai.

He made him the captain.

My mother gave me a beautiful frock.

He presented my dad a watch.

They came by bus yesterday.

Identify the pattern of the following sentence:

2. His father gave him his school bag.

3. The player entered the room.

4. Eve - Teasers must be punished severely.

6. I shall meet you tomorrow.

7. He answered my question instantly.

8. They named the child Prem.

9. We completed the work on time.

10. The meeting ended with a vote of thanks.