Fungi (Singular – Fungus) belongs to thallophyta. Its plant body is not differentiated into root, stem, and leaves. The plant body of fungus consists of filament like structures called hyphae.

Fungi (Singular – Fungus) belongs to thallophyta. Its plant body is not differentiated into root, stem, and leaves. The plant body of fungus consists of filament like structures called hyphae. Several hyphae are arranged in the form of network called mycelium. The cells of fungi are multicellular and eukaryotic. Some species of fungi like yeast are unicellular and eukaryotic. Cell wall of fungi is made up of a chemical substance called chitin.

The reserve food materials of fungi are glycogen and oil. They have no starch because they have no chlorophyll pigments. So, they are heterotrophs. Heterotrophs are of three types namely, parasites, saprophytes and symbionts.

Some species of fungus live as parasites. They absorb food from the living organisms with the help of special root called haustoria. E.g. Cercospora personata. It affects groundnut plants and cause Tikka disease.

The branch of study of fungus is called mycology. 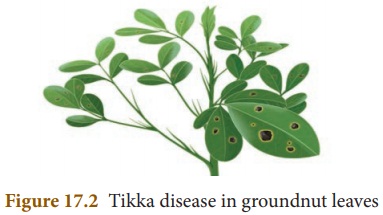 Some species of fungi live as saprophytes. They grow upon the dead and decaying organic matters and get food from them. E.g. Rhizopus. 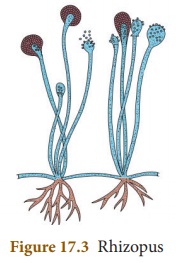 Some species of fungi are living with algae and mutually benefitted. E.g. Lichen. Some of them live symbiotically with higher plants in their roots called Mycorrhizae

Fungi are classified into different classes as given below 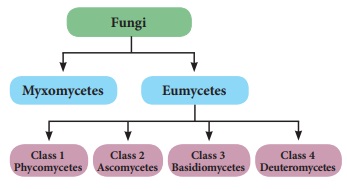 Fungi are useful to us in many ways. The importance of fungi are given below.

Penicillin (Penicillium notatum) and Cephalosporin which cure different diseases are obtained from fungi. 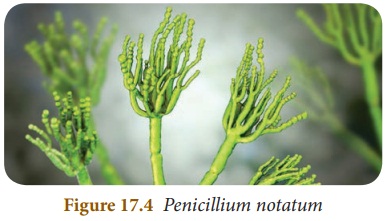 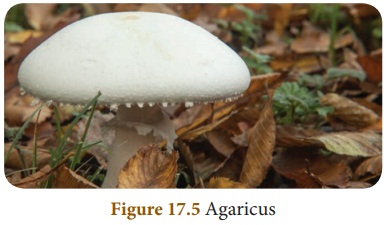 Fungus like yeast contain enzymes invertase and zymase, which ferment the sugar molasses into alcohol. 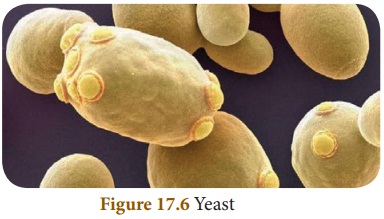 Fungi cause various diseases in plants and animals. They are given in the tables below. 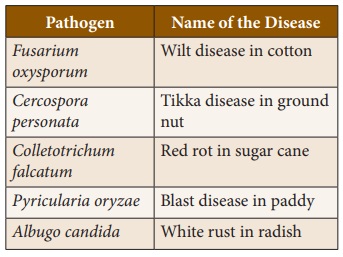 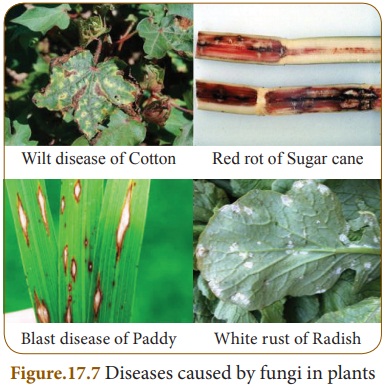 Fungi are placed as third kingdom in R.H. Wittekar’s five kingdom of classification because of absence of chlorophyll and starch.

Take a piece of bread, pour some water on it and cover it for four days. After four days place the bread on a slide and observe it through microscope. What will you see? Name the organisms which you see in the slide. 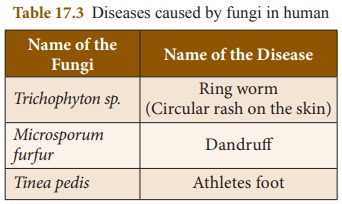 Claviceps purpuriya is the hallucinogenic fungi which causes greatest damages to the frustrated youth by giving unreal, extraordinary lightness and hovering sensations.

Aspergillus species cause allergy to children while Cladosporium protects against allergy. 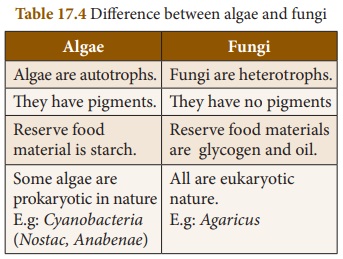 Penicillin is known as Queen of Medicine. It was discovered by Sir Alexander Fleming in 1928.