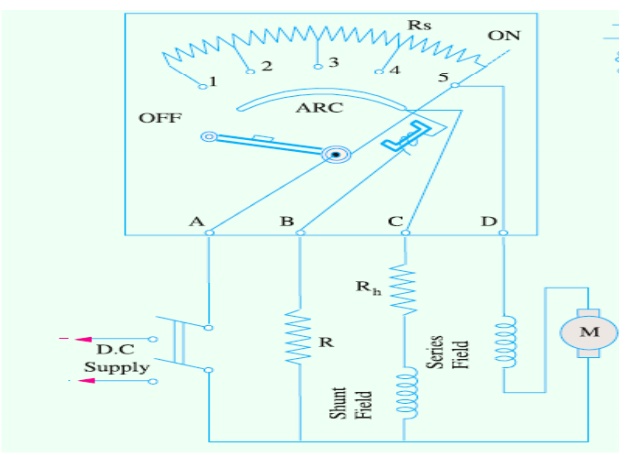 The basic difference between three point and four starters is the connection of NVC.

The basic difference between three point and four starters is the connection of NVC.

In three point, NVC is in series with the field winding while in four point starter NVC is connected independently across the supply through the fourth terminal called „N‟ in addition to the „L‟, „F‟ and „A‟.

Hence any change in the field current does not affect the performance of the NVC.

„Run‟ position, against forces of the spring, under all the operating conditions. 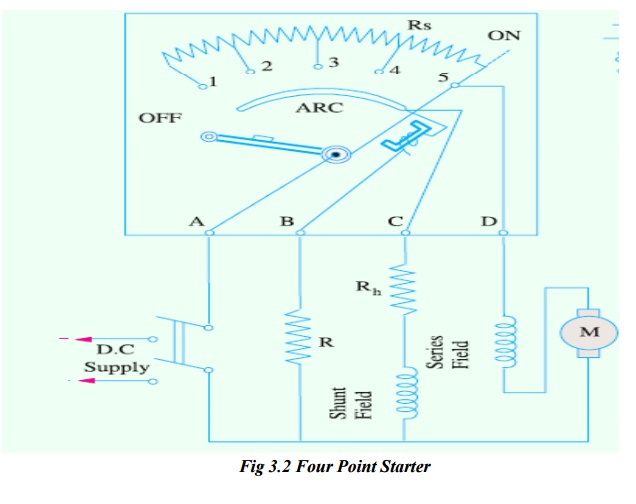 The only limitation of the four point starter is , it does not provide high speed protection to the motor.

If under running condition, field gets opened, the field current reduces to zero.

But there is some residual flux present and Na f1 the motor tries to run with dangerously high speed.

This is called high speeding action of the motion. in three point starter as NVC is in series with the field, under such field failure, NVC releases handle to the OFF position.

But in four point starter NVC is connected directly across the supply and its current is maintained irrespective of the current through the field winding, hence it always maintains handle in the RUN position, as long as supply is there.

And thus it does not protect the motor from field failure condition which result into the high speeding of the motor.