* know the forts in Tamil Nadu.

* describe the palaces in Tamil Nadu.

* explain the history of forts and palaces in Tamil Nadu. 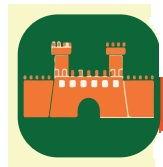 Tamil Nadu has been ruled by several empires especially by the Chera, Chola, Pandya and Pallava rulers.

Cholas, Pandyas and Nayakkars constructed magnificent forts and palaces in Tamil Nadu. The Dutch, the British and the French entered our country and they built forts to protect their territorries.

The architectural monuments are now preserved in the form of palaces, forts and other historical sites in Tamil Nadu. Today, only a few palaces and forts are in good condition. They are the prime attractions for tourists in Tamil Nadu. 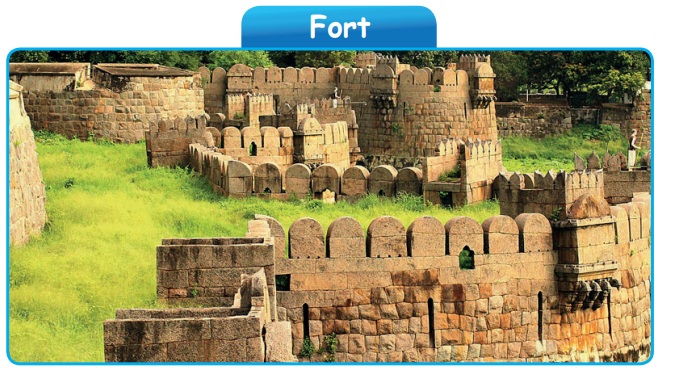 Vellore Fort is a 16th-century fort situated in Vellore, Tamil Nadu. It was built by the Kings of Vijayanagara.

Among the forts in Tamil Nadu, Vellore fort is considered to be one of the most invincible fort.It is surrounded by a deep and wide moat. The water of this moat was home to thousands of crocodile. It was feared by many raiders of the fort. 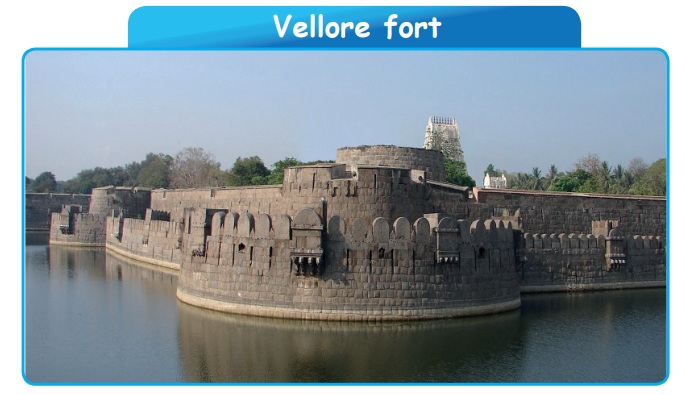 This fort is a good example of military architecture. It is studded with double fortifications. In 1799, Tipu Sultan’s family was detained here by the British. The first rebellion against the British broke out at Vellore Fort in 1806.

Inside the Vellore fort, there is a well-known temple called Jalakanteswarar temple, a church, a mosque, a museum and several government offices.

Dindigul Fort is a 17th-century hill fort situated in Dindigul, Tamil Nadu. It is also called Dindigul Malai Kottai. In the 18th century, the fort was passed on to the Kingdom of Mysore.

Dindigul Fort was built by the Nayakkars of Madurai, in order to defend their region from the invading Mysore army. Presently, the fort is maintained by the Archaeological Survey of India.

The fort was cemented with double walls to withstand heavy artillery. 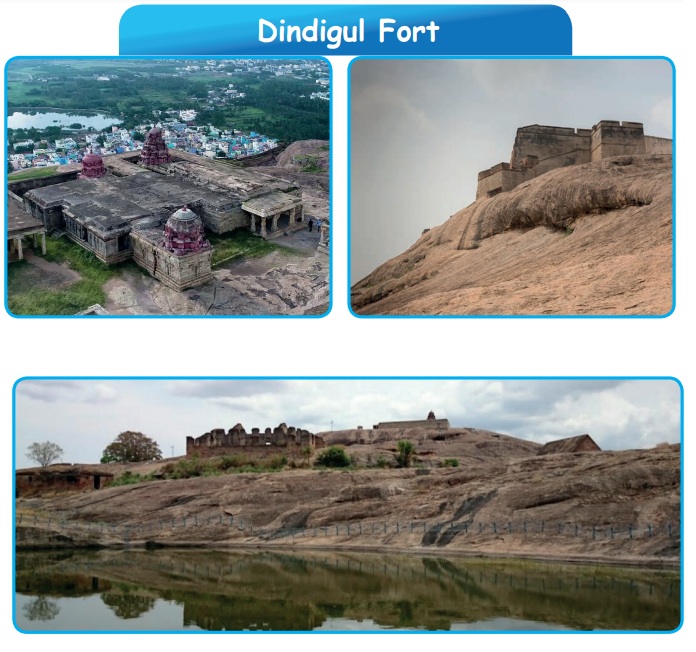 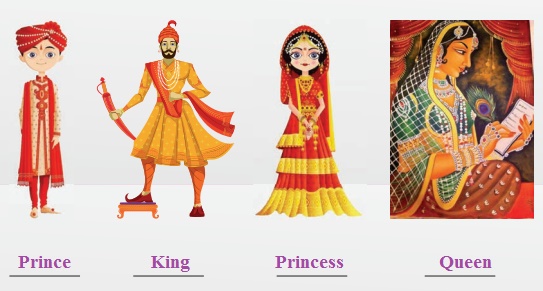 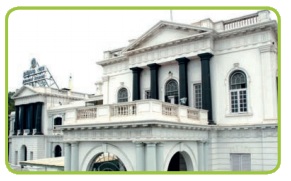 * Thirumayam Fort is famous for its artistic work and architectural brilliance. It is located in Pudukottai, Tamil Nadu.

* Thirumayam Fort is popular for its large rock inscriptions.

* It is also known as Oomayan Kottai.

The magnificent Sadras Fort was built for commercial purposes by the Dutch. It is located in Kanchipuram.

Gingee Fort is another beautiful fort in Tamil Nadu. It is located at Villupuram district.Gingee fort is built across three hills. The fort walls are 13 km long and the three hills are connected by walls. It is built at a height of 800 feet and protected by a 80 feet wide moat. It is a huge fortwith many attractions like Kalyan Mahal, temples, Aanaikulam pond, granaries and a watch tower.

Tharangambadi fort is locally called Danish fort. It is located on the shores of Bay of Bengal in Tharangambadi (Tranquebar), Tamil Nadu.

The fort is trapezoidal in shape with three rooms in the left wing. The central part of the fort has four domes. The central pillar of the hall holds the entire weight of the domes.

Tamil Nadu has great palaces in many places. Some are described here.

Thirumalai Nayakkar Palace is widely known for its giant pillars. It has an archaeological museum. The major attraction of this palace is the courtyard and the dancing hall.

Tamukkam Palace was the summer residence of the Queen Rani Mangammal of Nayak dynasty. It is located in Madurai. 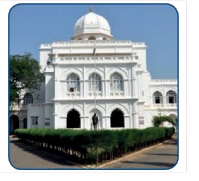 Connect the following objects with their names.

Fernhills Palace in Ooty served as the summer palace for the Kings of Mysore. 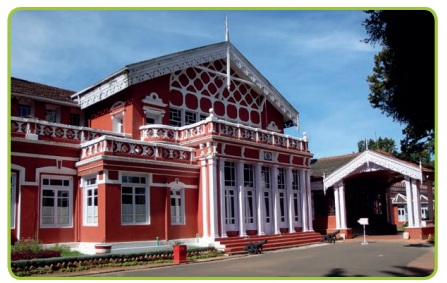 Thanjavur Palace Complex is a tourist attraction which houses three separate venues: the palace, the art gallery and a manuscript library (Saraswathi Mahal).

Saraswathi Mahal is considered as one of the oldest historical libraries in India. Saraswathi Mahal also has a museum.The library has more than a million manuscripts in languages like Tamil, Sanskrit, Marathi, Telugu and Manipravalam. 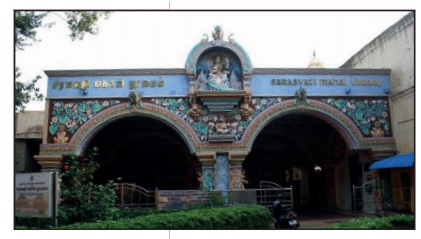 Padmanabhapuram Palace is a beautiful historical monument that is situated at Padmanabhapuram, Kanyakumari District. It is also known as Kalkulam Palace.

Padmanabhapuram Palace is a wooden palace which is built in Kerala style of architecture. It is a fine example of art and craftsmanship.

The Padmanabhapuram Palace was built by the ruler of Travancore. The palace has various sections like Queen Mother Palace, Council Chamber, Southern Palace and so on.

* Palaces and forts are the prime attractions of Tamil Nadu tourism.

* Vellore fort is a fine example of military architecture.

* The major attraction of Thirumalai Nayakkar Palace is the courtyard and the dancing hall.

Manuscript  : a document written by hand