How can it be demonstrated that a developmental gene actually does encode a protein and that the protein is involved in development?

How can it be demonstrated that a developmental gene actually does encode a protein and that the protein is involved in development? Many developmental genes look like they code for proteins. The bithorax gene complex of Drosophila helps specify identities of segments from the second thoracic to the eighth abdominal segment. The Ultrabithorax region within the bithorax complex generates a number of transcripts from a very large region containing a few exons and large introns (Fig. 17.9). The 5’ exon contains a substantial open reading frame and looks like it codes for a protein.

Figure 17.9 TheUbxlocus showing the distance between the exons in thetranscript.

Antibodies against the presumed ultrabithorax protein, if they could be made, would provide proof that the gene encodes a protein. They would also provide the basis of an assay for the presence of such a protein so that it could be purified. The traditional approach of purify-ing a protein and injecting it into a mouse or rabbit could hardly be used for a protein that cannot be assayed and hasn’t been purified. Molecular genetics techniques provided inexpensive solutions to the problem of purifying the protein, making useful antibodies, and locating the protein within the developing larva. A cloning vector was used from which β-galactosidase could be synthesized inE.colionly if DNA containingan open reading frame were inserted upstream of the enzyme (Fig. 17.10). Thus Lac+ colonies were selected from cells transformed with a plasmid into which fragments of the 5’ exon had been ligated. These would synthesize the Ubx-β-galactosidase fusion protein, and further-more, because of the size of the protein, it could easily be isolated from

SDS protein gels. β-galactosidase is one of the largest polypeptides synthesized in E. coli, and the fusion protein likely would be even larger. Hence the fusion protein could be separated from other proteins simply by electrophoresis. The region of the gel containing the fusion protein was cut out, protein eluted, and injected into rabbits or mice for direct induction of antibodies or for production of monoclonal antibodies. 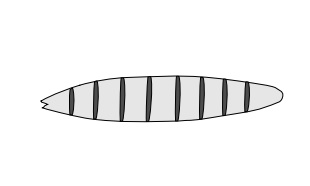 Figure 17.11 Representation ofthe pattern of expression of a ho-meotic gene in the Drosophila embryo.

The resulting antibodies against a portion of the homeotic protein permitted assay of the developing fly for the protein’s location and timing of synthesis. Not surprisingly, immunofluorescence shows that the homeotic protein is found in the nuclei of cells, suggesting that it is a DNA-binding protein. It is found in restricted parts of the embryo.

In general, in studying developmental genes, two variables must be examined, the RNA and the protein product. We would like to know when the mRNA is synthesized and where, and when the RNA is translated and where the protein product goes. Questions about the RNA product can be answered with in situ RNA-DNA hybridization between slices of embryo and radioactive DNA. The protein products can be located with similar in situ probing by using antibodies directed against the protein in question. The antibodies can be obtained as outlined above or by injecting rabbits with synthetic polypeptides based on DNA sequences in the developmental genes.

As might be expected, the patterns of RNA and protein synthesis from different developmental genes roughly parallel their effects on embryos. For example, the products of genes effecting segmentation are often expressed in stripes across the embryo (Fig. 17.11). Most of the proteins are found in the nuclei, implying that many of the proteins regulate gene expression directly by binding to DNA. Of course for developmental proteins expressed after cell walls have formed, we would expect to find developmental genes coding for secreted proteins, membrane-bound receptors, and proteins involved in regulation cascades linking mem-brane receptors to gene activity in the nucleus. An example of such a system is the G-protein protein kinase pathway.

Not all proteins used early in development look like they bind to DNA. One such example is the product of the vasa gene. This is a maternal effect gene that is expressed only in nurse cells. It has a sequence with about 24% amino acid identity to the translation initiation factor eIF-4A, which in combination with 4B and 4F recognizes the cap structures on mRNA.

The bicoid mRNA and protein appears in a particularly pleasing pattern. Bicoid mRNA is synthesized in the nurse cells and transferred to the oocyte during oogenesis. This RNA binds just inside the oocyte at the extreme anterior end by means of the swallow and exuperantia gene products. The bicoid mRNA is not translated until the egg is fertilized. This is a marvelous way for the egg to generate a gradient in the protein just at the time it is needed. The egg can sit for a long time and diffusion cannot destroy the gradient. These results are also consistent with the microinjection results.