The word Money is derived from Roman word “Moneta Juno”. It is the roman goddesses and the republic money of roman empire. The Indian rupee is derived from Sanskrit word ‘Rupya’ which means silver coin.

The word Money is derived from Roman word “Moneta Juno”. It is the roman goddesses and the republic money of roman empire. The Indian rupee is derived from Sanskrit word ‘Rupya’ which means silver coin. Today we use paper notes, coins as money. But the evolution of this stage has not happened overnight. It took thousands of years to reach such a stage. There are many stages of evolution of money. The earliest and primitive stage is Barter system. 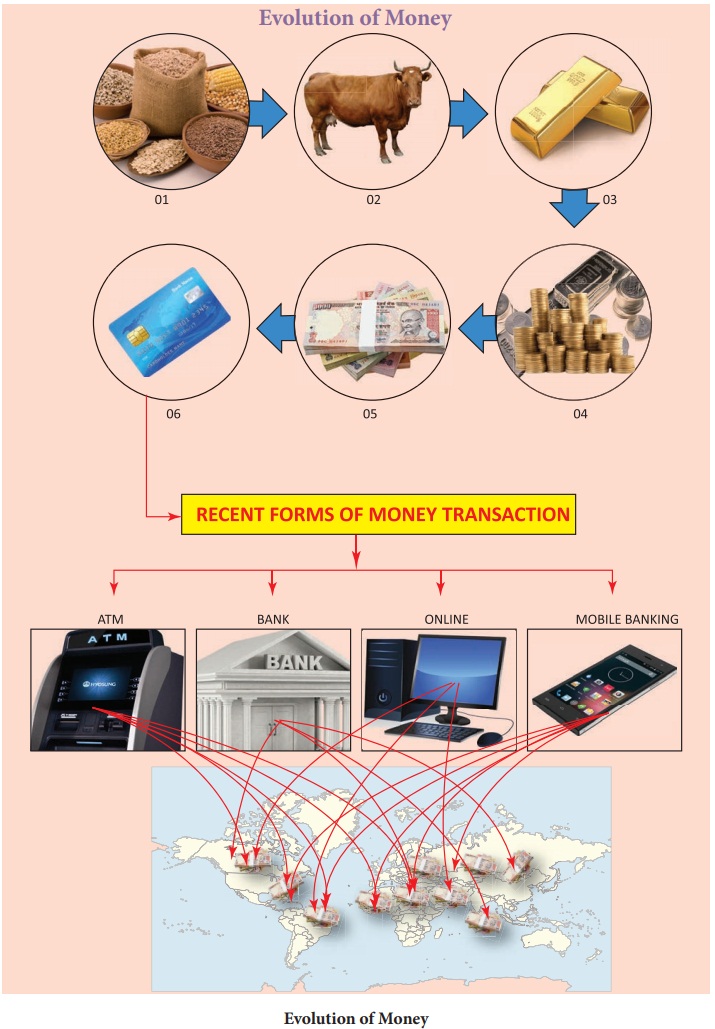 Barter system is exchanging goods for goods without the use of money in the primitive stage. A barter system is an old method of exchange. This system has been used for centuries and long before money was invented. People exchanged services and goods for other services and goods in return. The value of bartering items can be negotiated with the other party. Bartering doesn’t involve money which is one of the advantages.

1. Lack of double coincidence of wants,

Major stages of Evolution of Money

Commodity Money, Metallic Money, Paper Money, Credit Money or Bank Money, Near Money and recent forms of Money. Money has evolved through different stages according to the time, place and circumstances.

In the earliest period of human civilization, any commodity that was generally demanded and chosen by common consent was used as money. Goods like furs, skins, salt, rice, wheat, utensils, weapons etc. were commonly used as money. Such exchange of goods for goods was known as ‘Barter Exchange’.

With progress of human civilization, commodity money changed into metallic money. Metals like gold, silver, copper, etc. were used as they could be easily handled and their quantity can be easily ascertained. It was the main form of money throughout the major portion of recorded history. 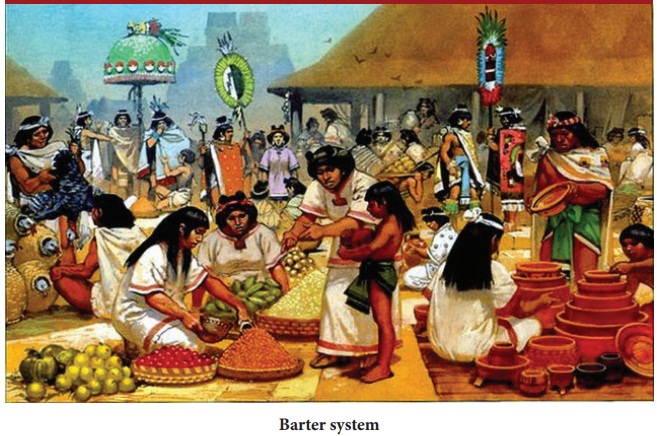 The precious metals especially gold, silver, bronze were used for metallic money. The standard weight and fineness of metal particularly gold and silver with a seal on it became medium of exchange. They were of different denomination easily divisible, portable and were convenient in making payment.

King Midas of Lydia innovated metal coin in the 8th century BC (BCE) by the ancient historian Herodotus. But gold coins were in use in india many centuries than in Lydia.

The earliest issuers of coins in the world are the ancient Indians along with Chinese and lydians from the middle east. The first time Indian coins were minted in the 6th century BC (BCE) by the Mahajanpadas known as Puranas, Karshapanas or Panas.

The Mauryas came up with the Punch Marked Coins minting of silver, gold copper or lead and Indo-Greek Kushan kings introduced the Greek custom of engraving portraits on the coins. Turkish sultans of Delhi has replaced the royal designs of Indian kings with Islamic Calligraphy by the 12th century AD (CE). The currency was made up of gold, silver and copper known as Tanka and lower valued coin known as Jittals.

The Mugual Empire from 1526 AD (CE) consolidate the monetary system for the entire empire. In this era evolution of rupee occurred with Sher Shah Suri defeated Humayun and issued a silver coin of 178 gms known as rupiya and was divided into 40 copper pieces or paisa and during the whole Mugual period silver coin remained in use. During the British East India company i.e. 1600, the mughal currency remained popular but in 1717 AD (CE), Farrukhsiyar the Mughal Emperor gave permission to the Britishes to coin Mughal Money at the Bombay mint. The British gold coins were termed as Carolina, the silver coins as Angelina, the copper coins as cupperoon and the tin coins as tinny. 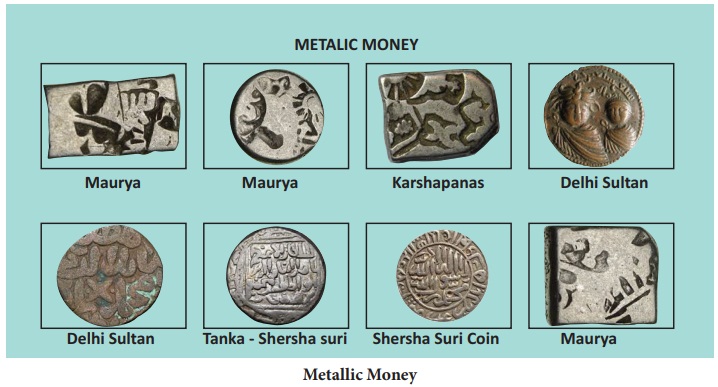 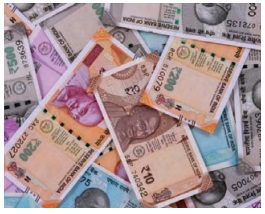 It was found inconvenient as well as dangerous to carry gold and silver coins from place to place. So, invention of paper money marked a very important stage in the development of money. The development of paper money started on the basis of storage of gold and the receipts were issued by the goldsmiths for these storages. This receipts of goldsmiths were a substitute for money and became paper money. Paper money is regulated and controlled by Central Bank of the country. In India, printing, regulating, controlling the paper currencies are done by the Reserve Bank of India (RBI) which was established in 1935. At present, a very large part of money consists mainly of currency notes or paper money issued by the Reserve Bank of India. 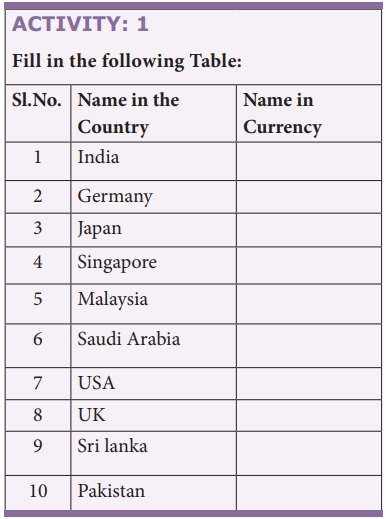 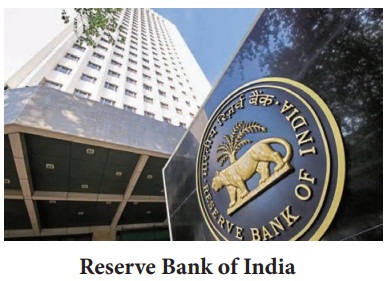 Emergence of credit money took place almost side by side with that of paper money. People keep a part of their cash as deposits with banks, which they can withdraw at their convenience through cheques. The cheque (known as credit money or bank money), itself, is not money, but it performs the same as functions of money. 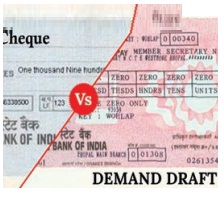 The final stage in the evolution of money has been the use of bills of exchange, treasury bills, bonds, debentures, savings certificate etc.

The latest type of money is plastic money in the form of Credit cards and Debit cards. They aim for cashless transactions. 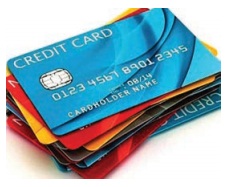 Electronic Money is money which exists in banking computer systems and is available for transactions through electronic system. 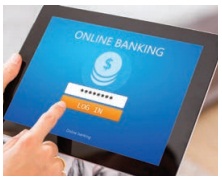 Online Banking, also known as internet banking is an electronic payment system that enables customers of a bank or other financial institutions to conduct a range of financial transactions through website.

Electronic banking, also known as National Electronic Funds Transfer (NEFT), is simply the use of electronic means to transfer funds directly from one account to another rather than by cheque or cash. 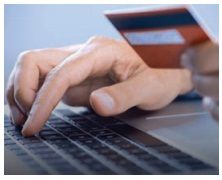 * Give the models to the each group students.

* Teacher and students discuss about the different stages of money