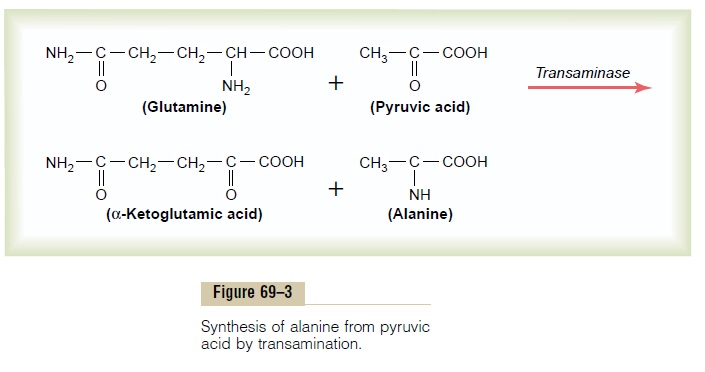 Transamination is promoted by several enzymes, among which are the aminotransferases, which are deriv-atives of pyridoxine, one of the B vitamins (B6). Without this vitamin, the amino acids are synthesized only poorly, and protein formation cannot proceed normally.