Equilibrium Conditions for a Firm

Equilibrium of the firm means that the firm reaches the maximum profit.

Equilibrium Conditions for a Firm

In the TC-TR Approach, profit is obtained by a firm, through the difference between the TC and the TR. Equilibrium is obtained at the point where maximum difference between the TC and TR occurs. This TC-TR method is not generally adopted in the calculation of maximum profit. Hence to calculate profit / loss, economists resort to the MC=MR approach. Shaded area denotes profit. Profit is maximum when Q = 5 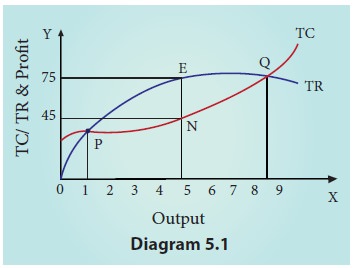 In this approach, the following two conditions are to be verified to obtain equilibrium of a firm. 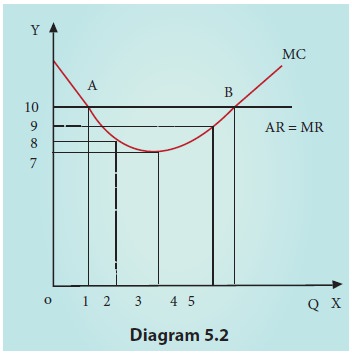 Look at the following hypothetical situation. A rational seller will not be in equilibrium at output level 1, though MC=MR at that point, since continuing production, his profit increases. When he produces an output beyond 1 unit till he reaches 5 units, his MC < MR. It is advantageous for the producer to continue his production.

Again, he will not be in equilibrium beyond 5 units of Q, when his MC > MR, implying that the seller incurs loss.

Therefore, he is said to be in equilibrium, i.e., at the point of maximum profit when his MC is equal to MR. Hence, MC = MR is the first condition for the equilibrium. (Note: This is a necessary condition but not a sufficient condition).

Only at point B, the equilibrium condition is fulfilled. Thus for equilibrium under all market situations the two conditions viz., MC = MR; and MC cuts MR from below. 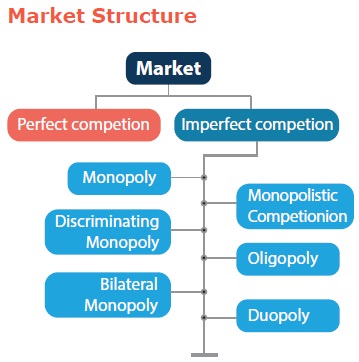