Periyar E.V.Ramasamy is regarded as the best political thinker in Tamilnadu. This is because he is the foremost reformist in our state. Let us see about him in detail in this lesson. 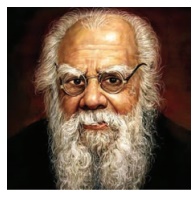 Periyar E.V.Ramasamy is regarded as the best political thinker in Tamilnadu. This is because he is the foremost reformist in our state. Let us see about him in detail in this lesson.

Periyar fought against superstitious beliefs, enslavement of women and social backwardness which existed in Tamilnadu from time immemorial based on his wisdom and self-respect throughout his life. It is because of this, he is fondly called as ‘Thanthai Periyar’. Various scholars on Social Justice say that the Dravidian ideology enunciated by Periyar on cultural lines shines all around our country.

Periyar was attracted towards Gandhi’s entry into politics and hence joined congress and became actively participating in freedom movement and social reforms. During that period in 1920’s Congress was dominated by upper class people. But Periyar took Congress to the down trodden and successfully organized temple entry movements as a true Congress man. Periyar was very much disgruntled by the practice of Varnashrama in Congress party and left it. He joined Justice party and formed the self respect movement later. After this, the contributions and activities of Periyar became inseparable from the politics of India and Tamilnadu in particular.

In the name of nation, if a group of people exploit other groups that is not the real freedom which a nation fought for, said Periyar alias E.V. Ramasamy. Periyar vociferously criticized against Nation, Race and Nationalism at various levels. All Nation, nationality and nationalism are similarly related concepts. All these differentiations indicate the “Self Respect” of the entire population of a country. If anybody speaks about nationalism in Tamilnadu, I wonder, that will they think about “welfare or botheration about people” questioned Periyar.

Nationalism is an unreal feeling. Since National feeling is nothing but a conspiracy framed by rich and power-centered, people who deceive the other people by controlling the negative emotions. It is a false assumption, propagated by these upper rich communities in order to curtail the rights of the poor community.

Nationalism has become a buzz word of addictiveness and emotionalist for the people, he exclaimed.

Periyar in his speech in Sri-Lanka, opposed strongly against Nation and Nationalism when others used ‘Indian Nationalism” as a weapon, Periyar spoke against these factors. He has also shown about other nations, nationalistic feeling apart from Indian Nationalism.

It is to treat people as scapegoat, Capitalist Class along with other similar people, Patriotic feeling was misused, said Periyar.

For instance, if rich communities in U.K have any clash with USA or vice-versa they may give clarion call as “Oh ! Britons, Patriots, our nation is under threat”. Such kind of false words is only for their economic advancement and not for the poor communities.

Erstwhile, Russia has many races and cultural groups, but there is no discrimination in that nation. He also supported communist revolution. These nations which are free of nationalism, religion and God may not be affected with luxurious life styles, poverty and exploitation by rich community. Those people may not stick upon with national and godly attachments. Equality and egalitarian society is the only priority of that place. There will not be any discrimination like rich-poor, owner-worker, powerful-powerless in that region. Those people of high value and egalitarian-longing are not equal to the nation which gives priority for God and Nationalism.

By showing other nations as evidences, Periyar also criticized Indian nationalistic feelings and patriotism. Because these feelings are exploited as weapons by certain dominant groups.

India – A Land of Diversities

Whether “Nation” as a concept is suitable for India? Periyar raised a pertinent question and answer as well.

“Madras is not a separate nation and cannot function separately,” says some of our friends. Once ‘Madras’ was a nation. Also now, “Dravidam” it is. The culture and other practices are different from Bengal and Mumbai. English language is the main base for the familiarly among these different nations in India. If British Empire and its language is relieved from India, Hindi may become the national language. Instead of calling India as a nation, Dravida Nadu, Andhra, Bengal can be separately called as nations respectively. For instance, Dravidian nation had its culture, language, civilization and rule for thousands of years on accordance with historical facts. Undoubtedly it is known to all the people.

“Dravidian Nationalism” proposed by Periyar was to a large extent against religious dominations.

Each and everyone have their own rights to protect their languages. These rights can be protected and provided under Dravida, Socialist Republic Rule. No language can be enforced.

Language should not be misused as weapon for separatism. If people are dependent upon Central rule for all kinds of amenities, there is no outcome in it. If languages are officialised at Central level, will the poor people relieve out of hunger?

To put it in clear way, are Tamil labourers exploited only by the Tamil speaking owner class?

His argument was that the dominant communities misused Tamil, Tamil nationalism, Tamil race for sustaining the power in Tamilnadu. It is with the help of Tamil leaders, they injected Tamil nationalism in the minds of the people for holding the power for a long time he said. Consequently, Periyar put an end to the demand of separate Tamilnadu and upheld the ideal of casteless society.

This may be the only ambition and goals for Dravida Kazhagam, claimed Periyar. “The caste feeling, thus divided the Dravidian race and Dravidians became slaves for Aryans” stated Periyar in his writings published in the 1950’s in Tamilnadu.