Who are the first responders?

No matter how large or small, local communities are expected to provide immediate disaster response. On a daily basis, police officers, firefighters, and emergency medical technicians are a community’s first responders, whether during fire, flood or acts of terrorism. Mental health professionals and the community’s hospitals may also be activated in those early minutes and hours after disaster. 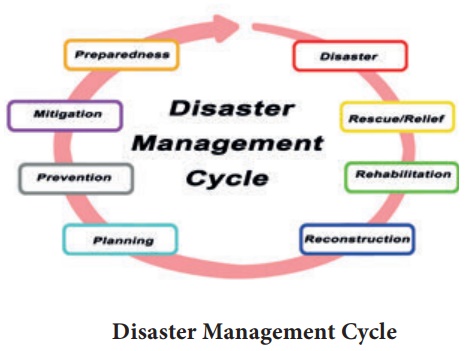 How to respond to earthquake? 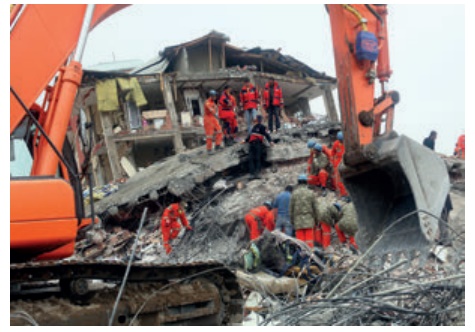 What to do during an earthquake?

Be aware that some earthquakes are actually foreshocks and a larger earthquake might occur later. Minimize your movements to a few steps that reach a safe place nearby and stay indoors until the shaking has stopped and you are sure exiting is safe.

1.             DROP to the ground; take COVER by getting under a sturdy table or other piece of furniture and HOLD ON until the shaking stops. If there is no table or desk near you, cover your face and head with your arms and crouch in an inside corner of the building.

3.             Stay away from glass windows, outside doors and walls and anything that could fall (such as lighting fixtures or furniture).

1. Move away from buildings, trees, streetlights and utility wires.

2.            If you are in open space, stay there until the shaking stops. The greatest danger exists directly outside buildings at exits and alongside exterior walls. Most earthquake- related casualties result due to collapsing walls, flying glass and falling objects.

If in a moving vehicle

1.             Stop as quickly as safety permits. Avoid stopping near or under buildings, trees, overpasses and utility wires.

Proceed cautiously once the earthquake has stopped. Avoid roads, bridges or ramps that might have been damaged by the earthquake.

A tsunami can kill or injure people and damage or destroy buildings and infrastructure as waves come forth  and  recede.  A tsunami is a series of enormous ocean waves 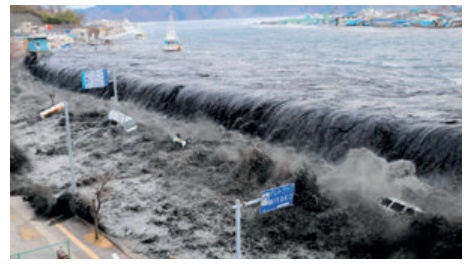 How to respond to Tsunami?

1.             You should find out if your home, school, workplace or other frequently visited locations are in tsunami hazard areas along the sea-shore.

2.             Plan evacuation routes from your home, school, workplace, or any other place you could be, where tsunamis poses a risk.

3.             Use a weather radio or stay tuned to a local radio or television station to keep informed of local watches and warnings.

4.             Discuss tsunamis with your family. Everyone should be aware of what to do when tsunami strikes. Discussing tsunamis ahead of time will help reduce fear and save precious time in an emergency. Review flood safety and precautionary measures with your family.

What to do after a Tsunami?

1.    You should continue using a weather radio or staying tuned to a Coast Guard emergency frequency station or a local radio or television station for updated emergency information.

2.    Check yourself for injuries and get first aid if necessary, before helping injured or trapped persons.

3.    If someone needs to be rescued, call professionals with the right equipment to help.

4.    Helppeople whorequire special assistance, like Infants, elderly people, those without transportation, large families who may need additional help in an emergency situation, people with disabilities, and the people who care for them.

5.    Stay out of a building if water remains around it. Tsunami water, like floodwater, can undermine foundations, causing buildings to sink, floors to crack, or walls to collapse.

6.    Check for gas leaks. If you smell gas or hear a blowing or hissing noise, open a window and get everyone outside quickly.

Though riot may seem dramatic, an angry mob can be just as dangerous and unpredictable as just about any natural disaster. Thousands of people are killed in riots all over the world each year, and these riots erupt from a number of racial, religious, economic, political, or social causes that cannot be predetermined. As per Pew Research Center analysis of 198 countries on April 11, 2015. Syria tops in riot in the world followed by Nigeria, Iraq and India.

If you've found yourself in the middle of a riot, you may not be able to run away immediately, but you can take some measures to protect yourself from harm. If you want to know how to survive a riot, just follow these steps. 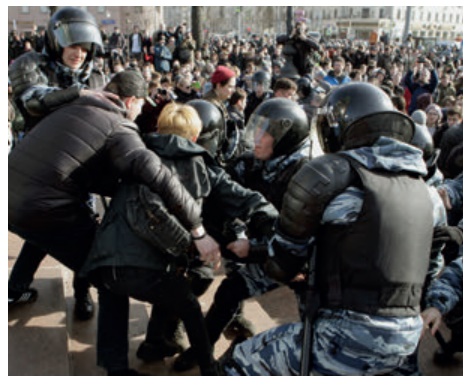 At Travel Destination: What to Do

1.    Keep abreast of the current news if you are in a volatile area.

2.    If you come across a demonstration, don't become inquisitive, just leave the area and find another route to your intended destination.

3.    Avoid any place where police or security forces action is in progress.

If caught in a riot: 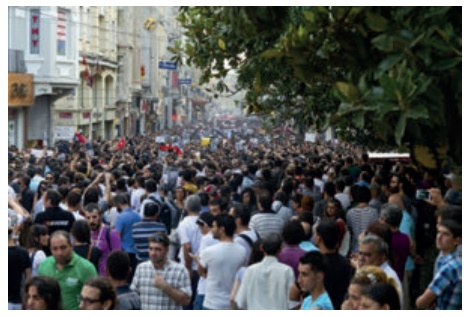 1.    If you find yourself caught up in a demonstration, keep to the edge of the crowd where it is safer. At the first opportunity, break away and seek refuge in a nearby building or find a suitable doorway or alley and stay there until the crowd passes.

2.    When leaving the fringe of the demonstration, just walk away – don't run as this will draw attention to you.

3.    In the event that you are arrested by the police/military, do not resist. Go along peacefully and contact your law advisor to help you resolve your predicament.

4.    If you are caught up in the crowd, stay clear of glass shop fronts, moreover, move with the flow.

5.    If shooting breaks out, drop to the ground and cover your head and neck, and lie as flat as you can.

Wildfires occur when vegetated areas are set alight and are particularly common during hot and dry periods. They can occur in forests, grasslands, bush and deserts, and with blowing wind, can spread rapidly.

Fires can lead to the destruction of buildings, wooden bridges and poles, power, transmission and telecommunication lines, warehouses containing oil products and other fuel. It causes injury to people and animals.

The most common causes of fires are lightning strikes, sparks during arid conditions, eruption of volcanoes and man-made fires arising from deliberate arson or accidents.

A side-effect of wildfires which also threatens inhabited areas is smoke. Fires create large quantities of smoke, which can be spread far by wind and poses a respiratory hazard.

On an average, in India, every year, about 25,000 persons die due to fires and related causes. Female accounts for about 66% of those killed in fire accidents. It is estimated that about 42 females and 21 males die every day in India due to fire. 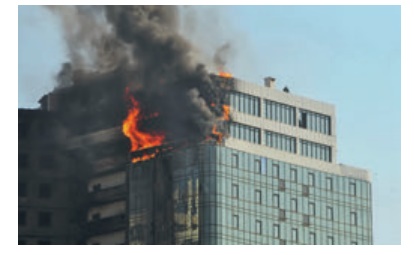 2.    Evacuate calmly and quickly, whenever a fire alarm or carbon monoxide alarm sounds.

3.    Before opening a door, feel it with the back of your hand. If the door is hot, do not open it.

4.    If you encounter smoke during your evacuation, stay low to the floor.

5.    Know the outside rally point for your building.

What you should do during a fire: