Home | | Microbiology and Immunology | Demonstration of Virus-Induced CPEs in the Cells - Methods of Laboratory Diagnosis of Viral Diseases
Posted On :  21.07.2017 01:24 pm

Many viruses produce characteristic morphological changes in the cells they infect. 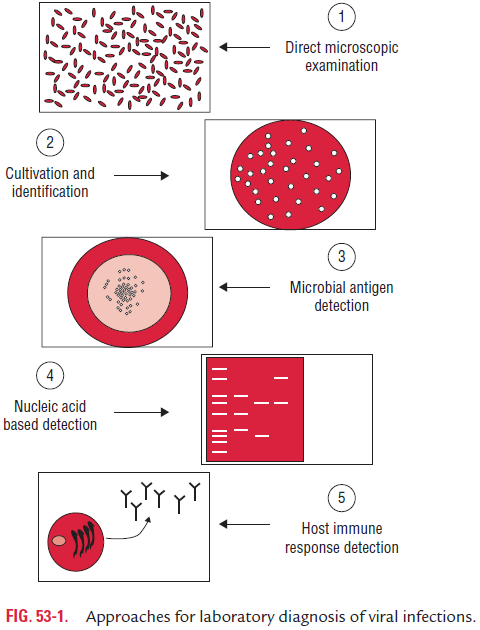 Demonstration of Virus-Induced  CPEs in the Cells

Many viruses produce characteristic morphological changes in the cells they infect. These changes are known as CPEs, and the viruses causing the CPEs are known as cytopathogenic viruses. The characteristic CPEs include (a) change in cell morphology, such as rounding of cells or rounding and aggregation of cells, (b) syncytia formation, and (c) inclusion bodies formation.

·           Replication of virus in infected cells may cause rounding, refractility, degeneration, and nuclear pyknosis. This  may finally lead to complete or partial cell lysis as well as vacuolation, as seen in picornaviruses. Viruses, such as adenoviruses, may cause rounding of cells and aggregate to form grape-like clusters.

·           Viruses, such as paramyxovirus, varicella zoster, respiratory syncytial virus, and herpes simplex virus (HSV), cause for-mation of syncytia containing several (up to 100) nuclei in infected cells. These syncytia are multinucleated giant cells formed by fusion of virus-infected cells with neighboring or uninfected cells.