DNA is a polymer of simple monomeric units, the nucleotides. 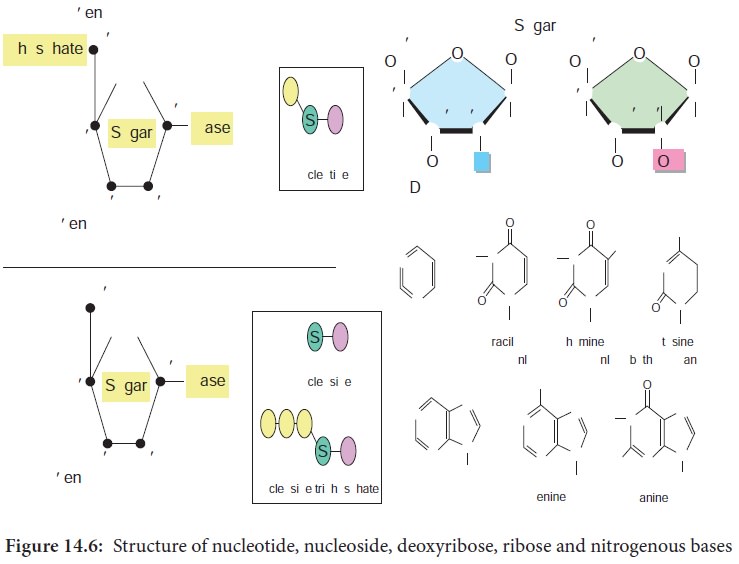 ·        Nucleotide without phosphate group is known as nucleoside.

Glycosidic bond between nitrogenous base and sugar,

·        Each of the nucleotides is bonded by a phosphodiester bond to form a polynucleotide chain (strand) (Figure 14.7a). 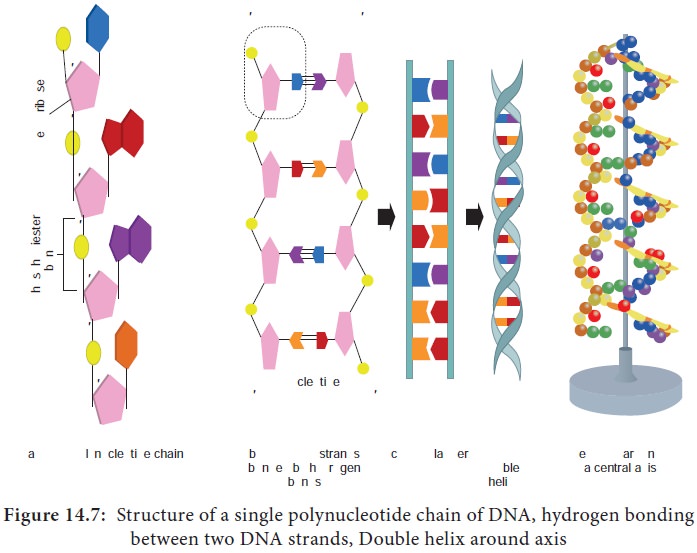 ·        The further coiling of this axis upon itself produces DNA supercoiling an important property of DNA structure.

All DNA, whether large or small, possess the same sugar phosphate backbone. What distinguishes one DNA from another is the length of the polymer and distribution of four bases along the backbone. The variety of sequences that can be made from the four nitrogenous bases is limitless, as is the number of melodies possible with a few musical notes. RNA differs from DNA by having a ribose sugar instead of deoxyribose and nitrogenous base Uracil instead of Thymine.

In the early 1950’s, Rosalind Franklin and Maurice Wilkins used the powerful method of X-ray diffraction to shed more light on the structure of DNA. From the X-ray Diffraction pattern it was deduced that DNA molecules are helical. In 1953 Watson and Crick (Figure 14.8) postulated a three dimensional model of DNA structure based on Franklin’s X-ray crystallographic studies. In recognition of their work leading to the double helix model, Nobel prize was awarded in 1962 to Watson, Crick and Wilkins. According to Watson and Crick model (Figure 14.9), 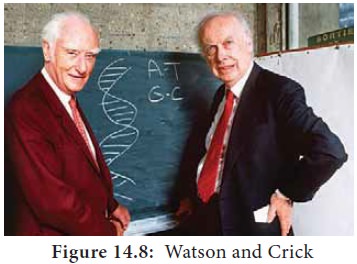 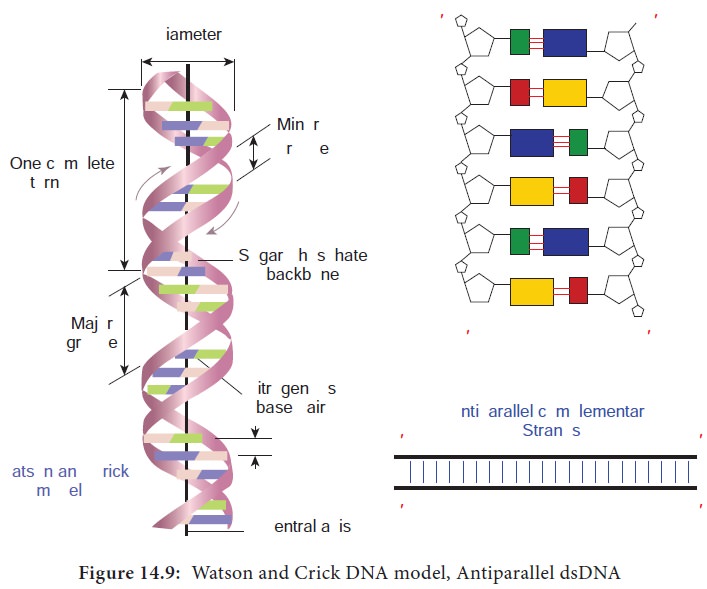 ·        The DNA consists of two helical polynucleotide chains wound around the same axis to form a right handed helix.

·        The Purine and Pyrimidine bases of both strands are stacked inside the double helix.

·        Each nitrogenous base of one strand is paired in the same plane with a base of the other strand.

·        The hydrogen bonds provide chemical stability essential to hold the two chains together.

·        The pairing of two strands creates a major groove and minor groove on the surface of the duplex.

·        The two strands are antiparallel, that is their 5ʹ, 3ʹ phosphodiester bonds run in opposite directions.

DNA is a remarkably flexible molecule. Considerable rotation is possible around a number of bonds in sugar-phosphate backbone and thermal fluctuations can produce bending, stretching and unpairing of the strands. Watson and Crick model of DNA is called as B-DNA or B-form. However DNA can exist in A or Z form. In 1979 Alexander Rich discovered Z form (Figure 14.10). Recently, several alternative forms of DNA have been discovered C-form, D-form and E-form. The B-form of DNA is the most stable structure and is therefore the standard point of reference in any study of the properties of DNA (Table 14.1). 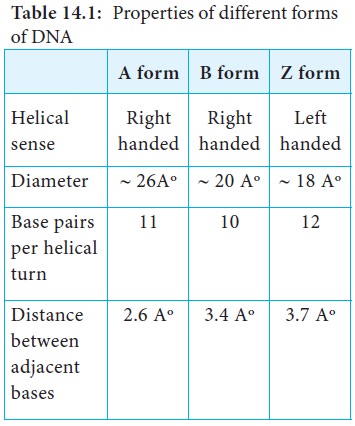 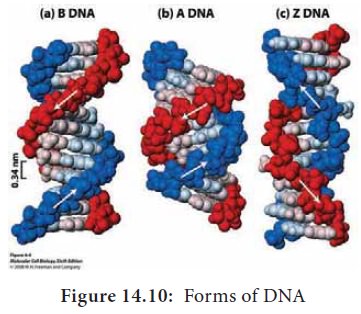