Concept of Critical Thickness of Insulation

The addition of insulation at the outside surface of small pipes may not reduce the rate of heat transfer.

Concept of Critical Thickness of Insulation

Expression for Critical Thickness of Insulation for a Cylindrical Pipe 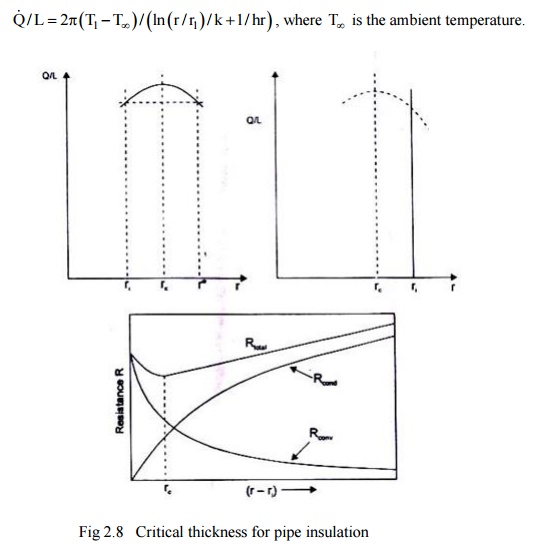 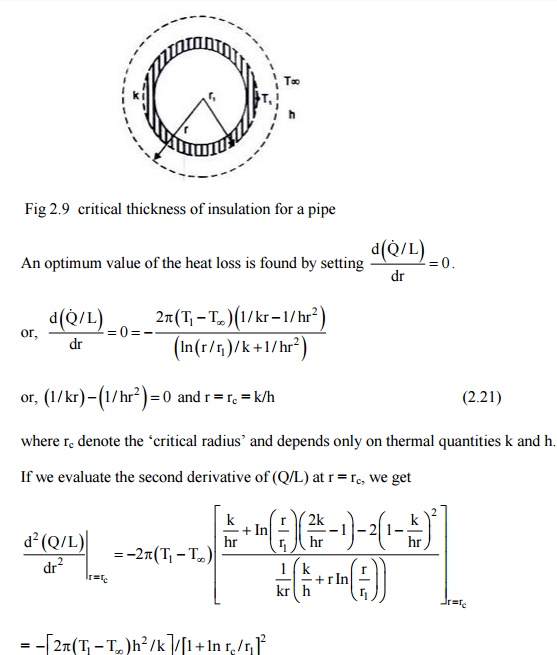 which is always a negative quantity. Thus, the optimum radius, rc = k/h will always give a maximum heal loss and not a minimum.

Let us consider a spherical shell having an outer radius r1 and the temperature at that surface T1 . Insulation is added such that the outermost radius of the shell is r, a variable. The thermal conductivity of the insulating mater

ial, k, the convective heat transfer coefficient at the outer surface, h, and the ambient temperature T ¥ is constant. The rate of heat transfer through the insulation on the spherical shell is given by 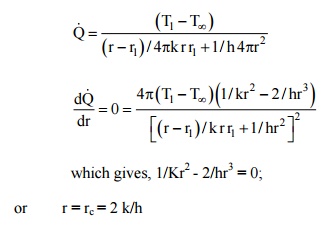