Carbohydrates, otherwise known as saccharides (derived from the Greek Sakcharon– sugar; many simple sugars taste sweet) are one of the abundant molecules in earth.

Carbohydrates, otherwise known as saccharides (derived from the Greek Sakcharon– sugar; many simple sugars taste sweet) are one of the abundant molecules in earth. They are essential to maintain life in both plants and animals. They are synthesised in plants by photosynthesis.

The compounds that we come across in our daily life such as table sugar, wood, cotton, starch, and honey etc... are all carbohydrates.

Carbohydrates are widely distributed in both plant and animal tissues. They occur as food reserves in the storage organs of plants and animals. They are the important source of energy which is required for the various metabolic activities of living organisms.

Carbohydrates are defined as poly-hydroxy aldehydes or ketones. They contain hydrogen and oxygen in the same ratio as in water (2:1)

The names of most of carbohydrates are characterised by the ending ‘-ose’. For example glucose, fructose, sucrose, cellulose, etc.

Carbohydrates are generally classified as Sugars and Non-sugars. 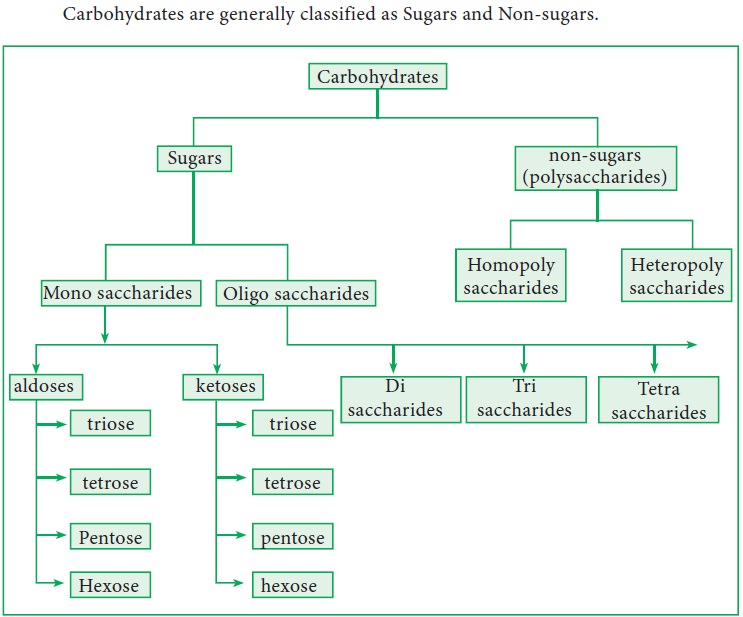 Sugars are sweet, crystalline and soluble in water. They are classified further as below. 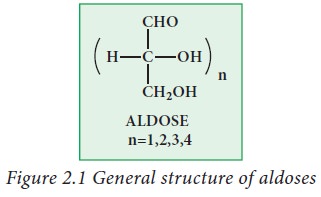 Ketoses contain keto group (>C=O) as a functional group along with two or more hydroxyl groups. 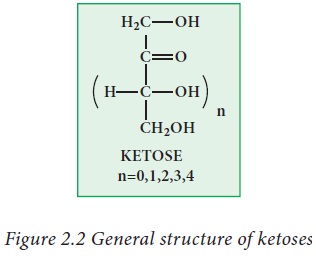 Disaccharides have a general formula Cn (H2O)n-1Example: sucrose, lactose and maltose. In these molecules monosaccharide units are inter linked by a glyosidicbridges. 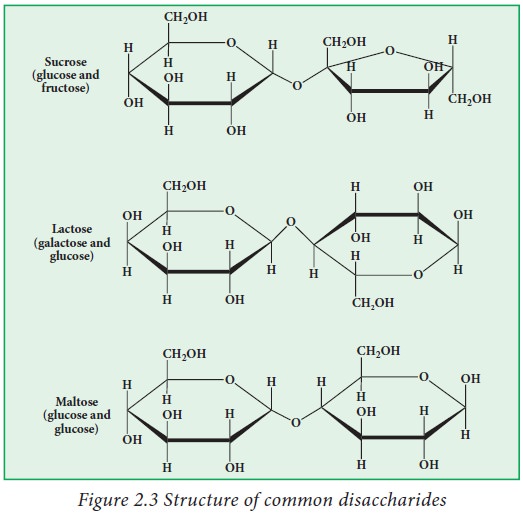 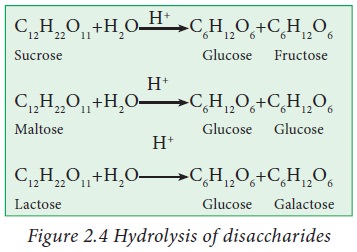 This will give three monosaccharide units on hydrolysis. These have a general formula as Cn(H2O)n-2 Example: raffinose, stachyose.

A heteropolysaccharide yields more than one type of monosaccharide upon hydrolysis. Eg. Hyaluronic acid, heparin, keratan sulphate and chondroitin sulphate

These are present in extra cellular matrix and therefore they are called as mucopolysaccharides. 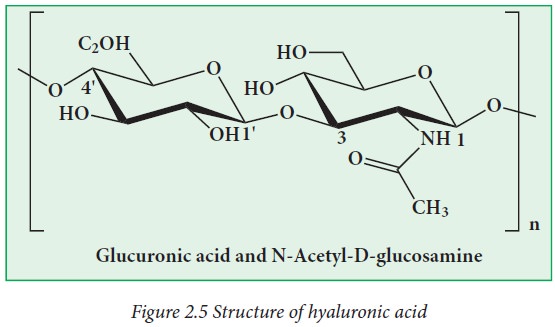 Hyaluronic acid is made up of glucuronic acid and N-acetyl glucosamine.

Starch is the major form of stored carbohydrate in plants. Starch is composed of a mixture of two substances namely amylose, a linear polysaccharide and amylopectin, a branched polysaccharide. The detailed study of starch will be discussed in the unit 5.

Cellulose is an unbranched polymer of β-D-glucose. Because of the absence of side chains, molecules stay together to form rigid structures in plants. Wood is largely made up of cellulose, and cotton is almost pure cellulose.

Cellulose may be modified in the laboratory by treating it with nitric acid to produce nitrocellulose or gun cotton which is an explosive component of smokeless powder. Partially nitrated cellulose, known as pyroxylin, is used in the manufacture of collodion, plastics, lacquers, and nail polish.

Glycogen is a storage form of glucose which is mainly present in liver and muscle.

Glycogen is also known as animal starch. It is a multi branched polysaccharide of glucose.