Chemically, Lipids can be defined as esters of fatty acids with alcohol.

Chemically, Lipids can be defined as esters of fatty acids with alcohol. They are insoluble in water and soluble in organic solvents such as alcohol, ether, benzene and chloroform.

Based on the chemical nature, lipids are classified as

These are esters of fatty acids with glycerol or long chain alcohols. They are further classified as follows.

(a) Fats: Fats are glyceric esters of fatty acids. Lipids in animals are called as fats while the lipids in plants are called as oils. Example: Triacylglycerol. 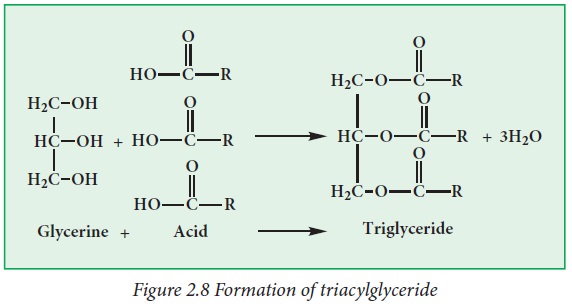 (b) Waxes: Waxes are esters of fatty acids with long chain monohydric alcohols. 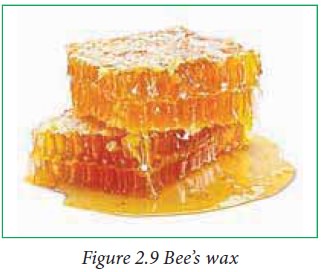 Compound lipids are esters of fatty acids with alcohol, and they contain extra groups. Depending upon the extra group present they are subdivided as follows:

A glyceric ester containing phosphate and nitrogen base or an alcohol are called phospholipids. These lipids are present in large amounts in nerve tissue, brain, liver, kidney, pancreas and heart. Phospholipids are further classified into three types based on the type of group connected to phosphatidyl group.

In these phospholipids, a nitrogen base is connected with phosphatidyl group. 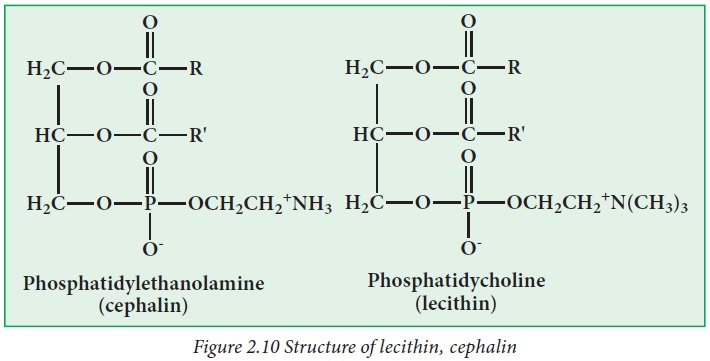 In these phospholipids, inositol is connected with phosphatidyl group. 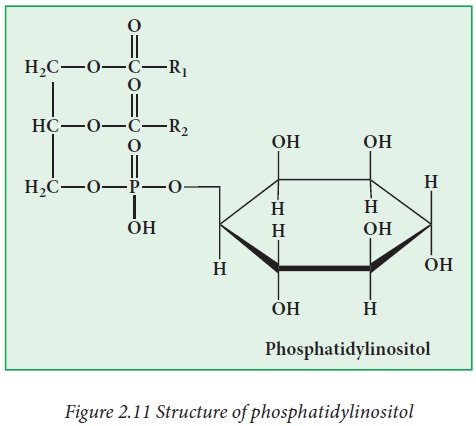 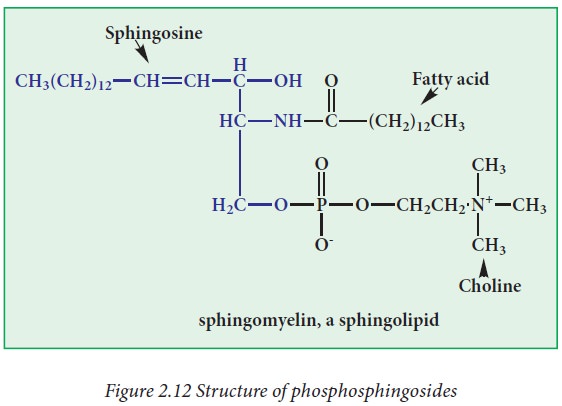 The lipids which contain a carbohydrate moiety linked with ceramide is called a glycol lipid.

A complex of proteins, lipid and cholesterol is called as a lipoprotein. The protein moiety in the lipoprotein is known as apoprotein. 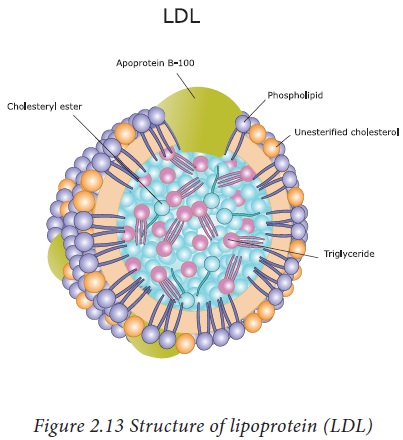 Lipids that are derived from the hydrolysis of simple and compound lipids are called derived lipids.

·     Triglycerides serve as energy reserve of the body.

·     Phospholipids, provide fluidity and flexibility to the cell membranes.

·     Lipoproteins transports lipids throughout the body.