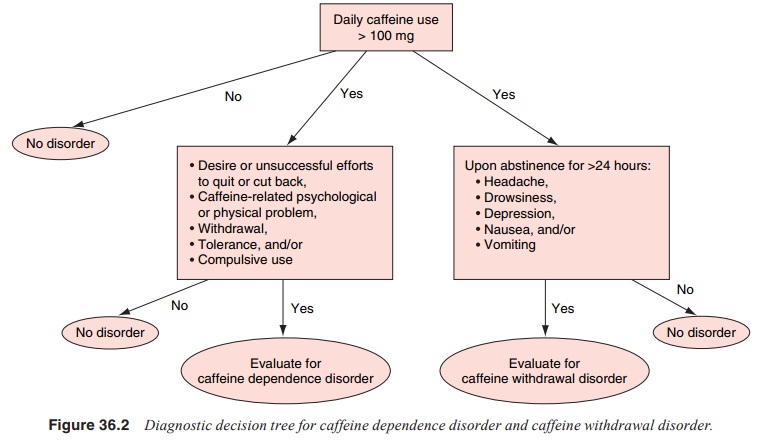 As is the case with all DSM diagnoses, this disorder implies clinically sig-nificant distress or impairment and a general medical condition must be ruled out.

Table 36.3 lists the signs and symptoms of withdrawal. As is the case with all DSM diagnoses, this disorder implies clinically sig-nificant distress or impairment and a general medical condition must be ruled out. 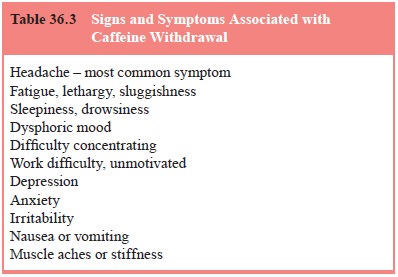 The key steps in establishing a diagnosis of caffeine withdrawal are to determine the history of the person’s caffeine consump-tion from all dietary sources, and then establish whether there has been a significant decrease in caffeine intake. The diagnostic decision tree for caffeine dependence disorder and caffeine with-drawal disorder is shown in Figure 36.2. Caffeine withdrawal 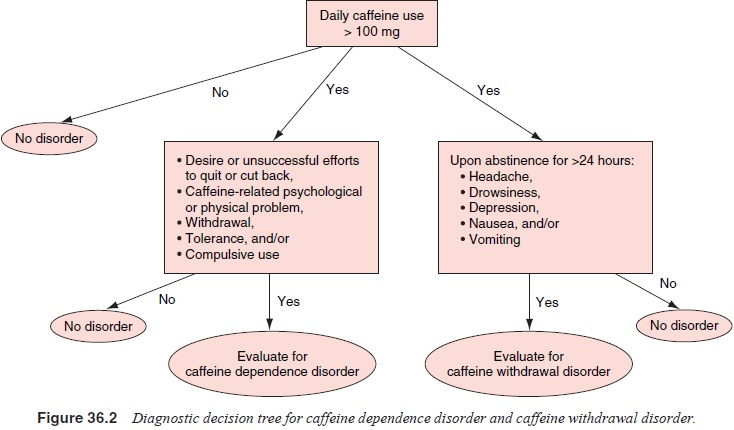 Caffeine withdrawal should be considered when evaluating indi-viduals presenting with headaches, fatigue, sleepiness, mood dis-turbances or impaired concentration. The differential diagnosis of caffeine withdrawal includes: viral illnesses; sinus conditions; other types of headaches such as migraine, tension, postanes-thetic; other drug withdrawal states such as amphetamine or co-caine withdrawal; and idiopathic drug reactions.

There have been few studies attempting to address the treatment of caffeine withdrawal, although it has frequently been observed that the symptoms of caffeine withdrawal can be alleviated with the consumption of caffeine and this approach is probably best. If the medical recommendation is made to eliminate or sub-stantially reduce caffeine consumption, then it may be useful to recommend a tapering dose schedule rather than abrupt discon-tinuation. Caffeine tapering (or “fading”) is described in more detail in the section on “caffeine dependence”.