The Governing body of a Company incorporated under Companies Act called Board.

The Governing body of a Company incorporated under Companies Act called Board. It is a group of individuals called directors, elected to represent the views of shareholders of a public limited company and to manage the company affairs by establishing policies and implementing them to achieve the goal. They are empowered to take decisions on the major issues to lead the company in the right way. In General the Board is empowered to

(i) Set the Policies

(iii) Evaluate the performance of Managing Director and Senior Executives.

(vi) Determine and pay the dividend

In General, the Board is responsible for assisting the company in setting broad goals, supporting the management, ensuring the adequate resources available in the company and its utilisation.

COMPOSITION OF THE BOARD OF DIRECTORS: 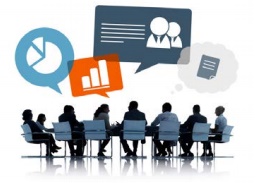 (b) When the non-executive Director is the Chairperson:

(c) when the non-executive chairperson is a promoter or is related to any promoter or person occupying management positions at the level of board of director or at one level below the Board of Directors:

In this case, at least one half of the board of directors of the company shall consist of Independent Directors (ID).

A director is appointed to the Board of a Company. Such Directors have a different role to play to attain the goal of the company. According to their role they are differently classified in accordance with the provision of the Companies Act 2013.

Whole Time Director: A Director is one who devotes whole of his time of working hours to the company and has a significant personal interest in the company as the source of his income.

Managing Director: A Director is one who is employed by the company and has substantial powers of management over the affairs of the company subject to superintendence, direction and control of the board.

An executive director is a Chief Executive Officer (CEO) or Managing Director of an organization, company, or corporation, who is responsible for making decisions to complete the mission and for the success of the organisation. In the globalised business world the title of President or of Chief Executive Officer is used instead of Managing Director.

Difference Between Executive and Non-Executive Director