Anatomy of the Immune System

The immune system comprises cells and molecules with specialized roles in defending against infection and invasion by other organisms.

ANATOMY OF THE IMMUNE SYSTEM

The immune system comprises cells and molecules with specialized roles in defending against infection and invasion by other organisms. Its major components include the bone marrow, the white blood cells (WBCs) produced by the bone marrow, and the lymphoid tis-sues. Lymphoid tissues include the thymus gland, the spleen, the lymph nodes, the tonsils and adenoids, and similar tissues in the gastrointestinal, respiratory, and reproductive systems (Fig. 50-1). 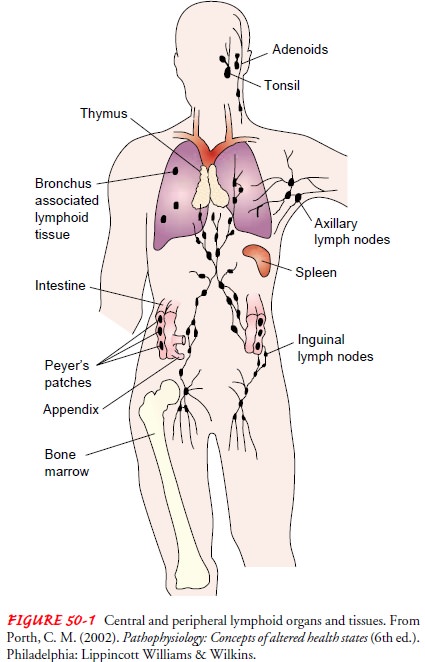 The bone marrow is the production site of the WBCs involved in immunity (Fig. 50-2). Like other blood cells, lymphocytes are generated from stem cells, which are undifferentiated cells. 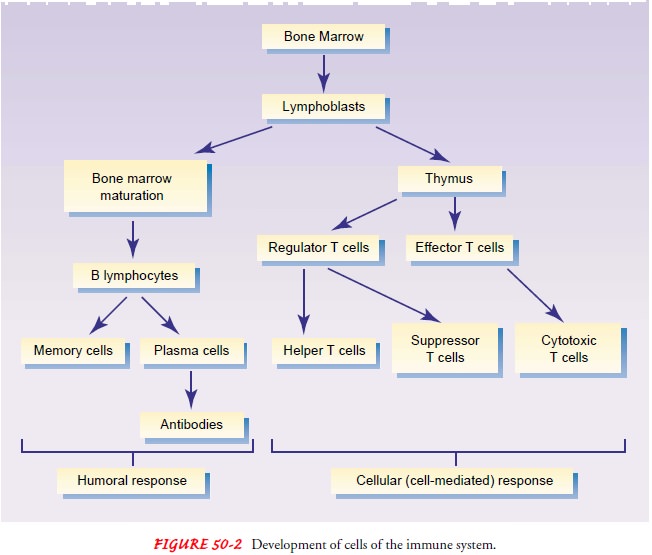 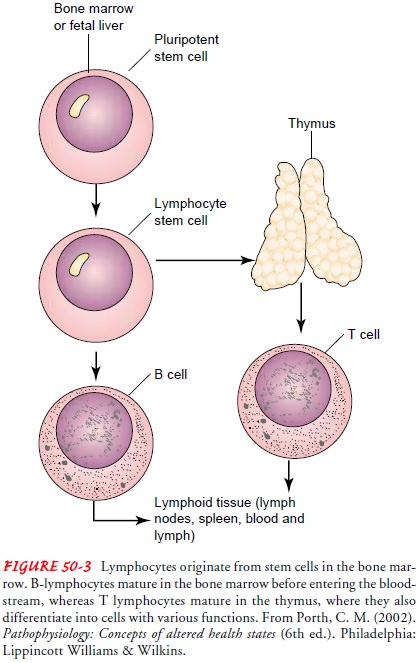 The spleen, composed of red and white pulp, acts somewhat like a filter. The red pulp is the site where old and injured red blood cells are destroyed. The white pulp contains concentrations of lymphocytes. The lymph nodes are distributed throughout the body. They are connected by lymph channels and capillaries, which remove foreign material from the lymph before it enters the bloodstream. The lymph nodes also serve as centers for im-mune cell proliferation. The remaining lymphoid tissues, such as the tonsils and adenoids and other mucoid lymphatic tissues, contain immune cells that defend the body’s mucosal surfaces against microorganisms.