Human beings inhale atmospheric air. Due to continuous inhalation of contaminated air the chances for airborne microorganisms to find a host and cause infection are higher.

Human beings inhale atmospheric air. Due to continuous inhalation of contaminated air the chances for airborne microorganisms to find a host and cause infection are higher. Most of the respiratory tract infections are acquired by inhaling air containing the pathogen that are transmitted through droplets caused by cough or sneeze, dust and spores. Airborne diseases are caused by bacteria and viruses. A few air borne diseases and their modes of transmission are explained below.

It is one of the widely occurring communicable diseases. It is caused by the bacteria Mycobacterium tuberculosis. It mostly affects the lungs. Infected person has to be treated with anti-tuberculosis drugs for a period of 6 months to one year. 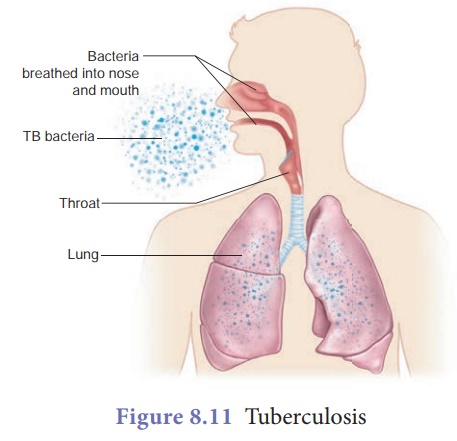 It is caused by Cornybacterium diphtheriae. It generally affects the upper respiratory tract (nose and throat) and causes fever, sore throat and choking of air passage.

More information about airborne diseases caused by bacteria are given in Table 8.3.

Common cold is an infectious disease which affects the upper respiratory system and it is easily spread. Symptoms of common cold include cough, painful throat, running nose and sometimes fever. Though many viruses can cause this, it is generally caused by the Rhinovirus.

Better known as flu, influenza commonly occurs during childhood. It is caused by Myxovirus resulting in inflammation of nasal mucosa and pharynx.

Measles is caused by Rubeola virus and it is easily transfered from infected people. Symptoms of measles include eruption of small rashes in skin, cough, sneezing, redness of eye, pneumonia and bronchitis. Affected individuals can recover from this by proper rest and diet. 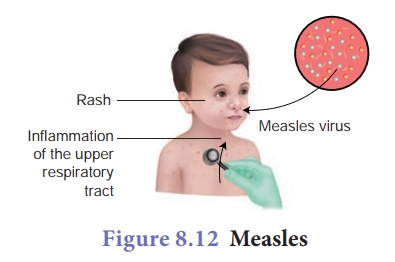 It is caused by Myxovirus parotidis and affects the upper respiratory tract. Some of the more common symptoms of mumps include fever, headache, sore throat and swelling of parotid glands which makes the jaw movement difficult. 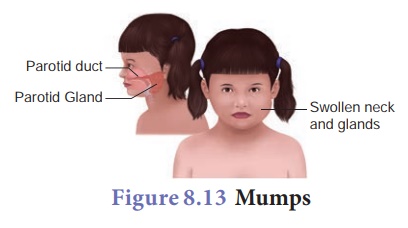 It is common among children and adults. It is a communicable disease caused by Varicella virus. It is characterized by eruptions of the skin in the form of blisters or spots in the body and face. The infected persons are isolated for a week until blisters are crusted. 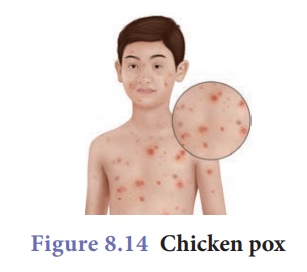 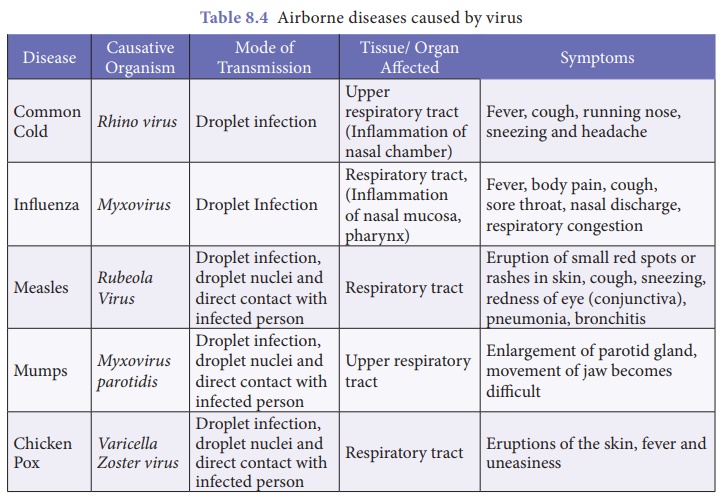