Advantages and Disadvantages of co-operative societies

The following are some of the important advantages and Disadvantages of co-operative societies.

Advantages and Disadvantages of co-operative societies

The following are some of the important advantages of co-operative societies.

Cooperatives can be formed much easily when compared to a company. Any 25 members who have attained majority can join together for forming a cooperative society by observing simple legal formalities.

A co-operative society is run on the principle of ‘one man one vote‘. It implies that all members have equal rights in managing the affairs of the enterprise.  Members  with money power cannot dominate the management by buying majority shares.

The surplus generated by the cooperative societies is distributed in an equitable manner among  members.  Therefore  all the members of the cooperative  society  are benefited. Further the society is also benefited because a sum not exceeding 10 per cent of the surplus can be utilized for promoting the welfare of the locality in which the cooperative is located.

The liability of the members in a cooperative society is limited to the extent of their capital contribution. They cannot be personally held liable for the debts of the society.

A cooperative society enjoys separate legal entity which is distinct from its members. Therefore  its  continuance  is in no way affected by the death, insanity or insolvency of its members. It enjoys perpetual existence.

vii. Each for all and all for each

Co-operative societies are formed on the basis of self help and mutual help. Therefore members contribute their efforts to promote their common welfare.

It operates in a limited geographical area and there is greater identity of interest among members. Members would be interacting with each other. They can cooperate and manage the activities of the society in a more effective manner.

The government with a view to promote the growth of cooperative societies extends all support to them. It provides loans at cheap interest rates, provides subsidies etc.

Cooperatives societies can deal directly with the producers and with the ultimate consumers. Therefore they are not dependent on middlemen and can save the profits enjoyed by the middlemen.

To promote the co-operative movement and also because of the fact that it is a non-profit enterprise, government provides various exemptions and tax concessions.

Co-operative societies have contributed significantly in freeing villagers from money lenders. Earlier, money lenders used to charge high rates of interest and the earnings of the villagers were spent on payment on interest alone.

Co-operatives provide loans at cheaper interest rates and have benefited the rural community. After the establishment of co- operatives, the rural people were able to come out of the grip of money lenders.

Co-operative societies have limited membership and are promoted by the weaker sections. The membership fees collected is low. Therefore the funds available with the co-operatives are limited. The principle of one-man one-vote and limited dividends also reduce the enthusiasm of members.

They cannot expand their activities beyond a particular level because of the limited financial resources.

ii. Over reliance on Government funds

Co-operative societies are not able to raise their own resources. Their sources of financing are limited and they depend on government funds. The funding and the amount of funds that would be released by the government are uncertain. Therefore co-operatives are not able to plan their activities in the right manner.

In the Western countries, co-operative societies  were  voluntarily  started   by the weaker sections.  The objective  is to improve their economic status and protect themselves from exploitation by businessmen. Butin India, the co-operative movement was initiated and established by the  government.  Wide  participation of people is lacking. Therefore the benefit of the co-operatives has still not reached many poorer sections.

Co-operatives have benefited the rural rich and not the rural poor. The rich people elect themselves to the managing committee and manage the affairs of the co-operatives for their own benefit. The agricultural produce of the small farmers is just sufficient to fulfill the needs of their family. They do not have any surplus to market. The rich farmers with vast tracts of land produce  in  surplus  quantities and the services of co-operatives such as processing, grading, correct weightment and fair prices actually benefit them.

Co-operative societies  are  managed  by the managing committee elected by its members. The members of the managing committee may not have the required qualification, skill or experience. Since it has limited financial resources, its ability  to compensate its employees is also limited. Therefore it cannot employ  the  best  talent. Lack of managerial skills results in inefficient management, poor functioning and difficulty in achieving objectives.

Co-operative societies are subject to excessive government regulation which affects their autonomy and flexibility.

Adhering to various regulations takes up much of the management’s time and effort.

If the members of the managing committee are corrupt they can swindle the funds of the co-operative society. Many cooperative societies have faced financial troubles and closed down because of corruption and misuse of funds.

Co-operative societies operate with limited financial resources. Therefore they cannot recruit the best talent, acquire latest technology or adopt modern management practices. They operate in the traditional mold which may not be suitable in the modern business environment and therefore suffer losses.

Maintenance of business secrets is the key for the competitiveness of any business organization. But business secrets cannot be maintained in cooperatives because all members are aware of the activities of the enterprise. Further, reports and accounts have to be submitted to the Registrar of Co- operative Societies. Therefore information relating to activities, revenues, members etc becomes public knowledge. 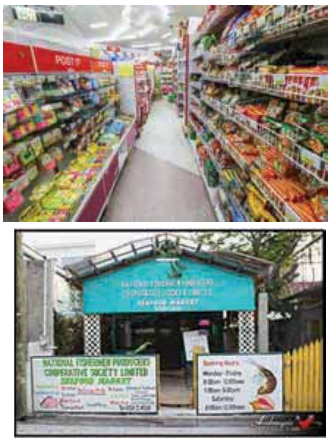 Co-operative societies cannot be introduced in all industries. Theirscopeislimitedtoonly certain areas of enterprise. Since the funds available are limited they cannot undertake large scale operations and is not suitable in industries requiring large investments.